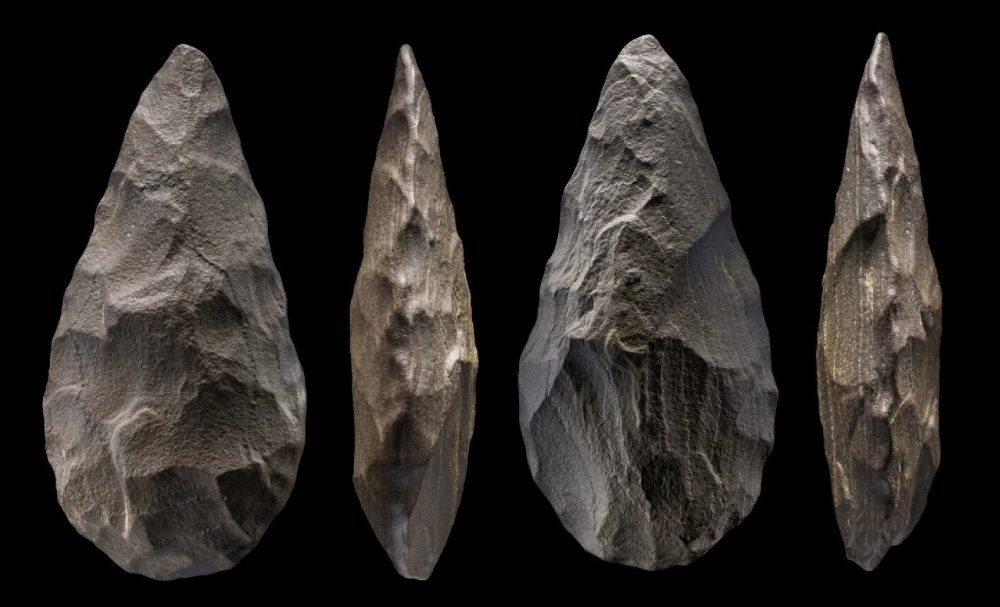 The results of a decade-long research revealed one of the oldest Acheulean sites to date.

Researchers dated the sedimentary layers of an ancient lake and the Acheulean tools found in the lacustrine sediments at the settlement of An Nasim on the Arabian Peninsula. According to the results of luminescent dating, finds in the Nefud Desert are between 350,000 and 250,000 years old.

The deep freshwater lake was part of the aquatic system during the humid period of the Pleistocene, suitable for permanent or temporary residence of human populations. A large number of lakes, rivers, and marshes, and associated Paleolithic monuments have been discovered by remote sensing in the Arabian sands.

The Arabian Peninsula is an important region on the migration routes of human populations between Africa and Eurasia. In the Quaternary, the repeated alternation of paleoclimatic cycles changed the climatic conditions on the peninsula.

Unfavorable dry periods were followed by wet ones, suitable for the survival of hominins who needed freshwater sources. Water provided the presence of large and small fauna as a food resource concentrated near watering holes.

The distribution of fresh water on the peninsula was the main factor for the development of territories and routes for the settlement of human populations.

Studies of the last decade have shown the existence of an extensive water network on the peninsula of lakes, rivers, streams, and wetlands. Using remote sensing, scientists were able to discover associated archaeological sites.

Studying the appearance and disappearance of lakes within the Arabian Peninsula and the hominins living near them can help in understanding the migration processes between the African and Eurasian continents.

10 Things you should know about the 350,000-year-old Acheulean settlement and tools

1. A team of researchers from the UK, Germany, Saudi Arabia, and the United States led by Eleanor Scerri of the Max Planck Institute for Human History in Jena has determined that the settlement of An Nasim on the Arabian Peninsula is one of the oldest Paleolithic sites in the world.

2. According to scientists, the Acheulean settlement existed in the Nefud Desert in Saudi Arabia 350,000-250,000 years ago.

3. An Nasim is a rare site where the Acheulean tools are located in well-dated sedimentary rocks. It is a deep narrow ravine between sand dunes with significant deposits of marl that formed during the existence of the lake in this place.

4. The stratigraphy of sedimentary rocks demonstrates a continuous cycle of formation and drying of an ancient reservoir. In arid desert conditions, soils are especially susceptible to weathering and destruction. But in Al Nasim, the Acheulean tools and artifacts were found in an undisturbed layer of marl, which is directly related to the dated layers of the paleolake.

5. The layers were dated by infrared stimulated luminescence (IRSL) using feldspar grains. The formation time of layer 12 with stone tools corresponds to the interglacial period MIS-9 and dates back to 330,000 ± 23,000 years.

6. MIS stands for Marine isotope stages, alternating periods of glaciations and warming, dated by oxygen isotopes and adopted to indicate the paleo periods of Earth’s history in the last 2,600,000 years.

7. 354 artifacts were found at the monument – there are numerous flakes and chops of various shapes from ovoid to heart-shaped and triangular. The Acheulean tools are distinguished by a high degree of symmetry and quality of processing.

8. Most often these are classic subtriangular Acheulean bifaces with rather thin bilateral processing, made from pieces of ferruginous quartzite-sandstone. Similar axes have been found in other parts of the Nefud Desert.

9. The similarity of the undated finds at the Arabian sites with the tools of An Nasim allows the authors to suggest their connection with a network of paleolakes that provide the possibility of settlement and life of hominins.

10. Until now, on the Arabian Peninsula, only one monument has been accurately dated – Saffak in the central part of Saudi Arabia. This site and toolmaking workshop dates back to the later MIS-7 period (243,000–192,000 years ago). 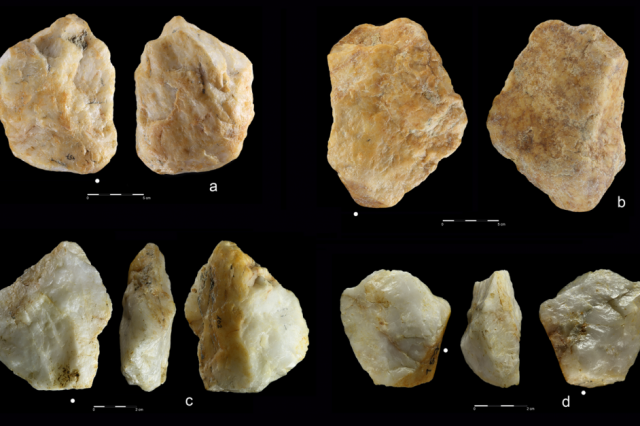