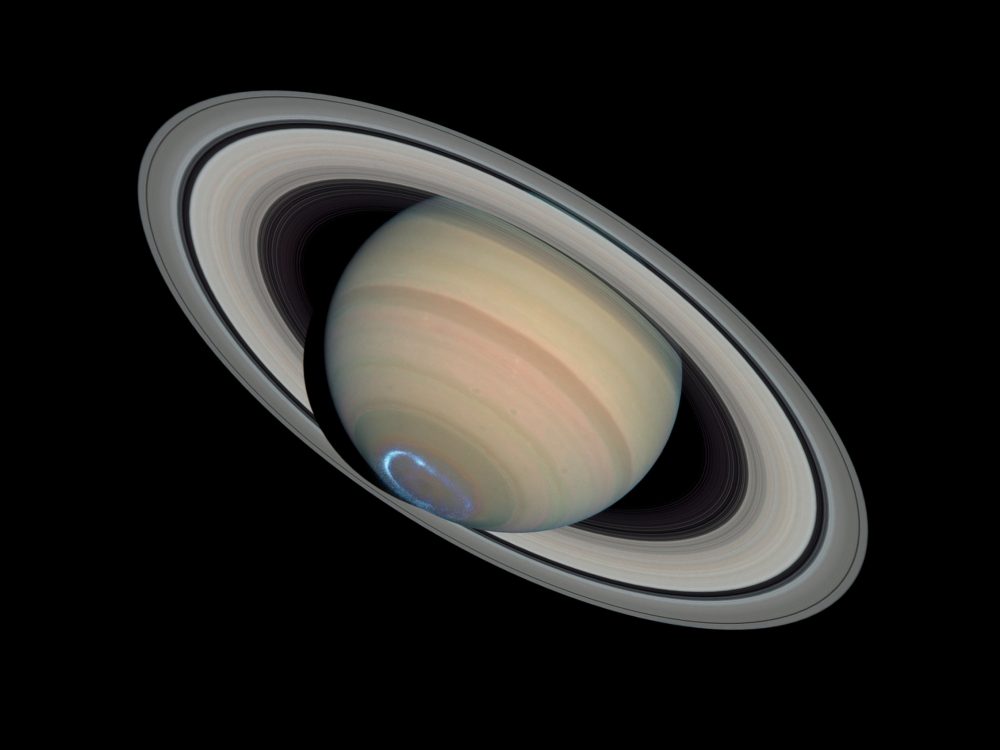 Voyager 1 is now in interstellar space, exploring a region that has never before been visited by a man-made spacecraft.

On November 12, 1980, the Voyager 1 spacecraft flew past Saturns and Jupiter and snapped a series of incredible images of the gas giants.

Exploring the solar system is of great importance to humankind, not only because we are a species set to travel the stars, but because we must start by finding out what is out there in our own cosmic backyard to understand our place in the universe.

To explore the solar system, we created two specific spacecraft, Voyager 1 and Voyager 2. These two space probes did not disappoint and outdid their initial goals.

On November 12, 1980, 40 years ago, Voyager 1 became the second spacecraft to fly past Saturn and its many moons.

Launched in 1977 and initially set for a 5-year mission, this spacecraft now roams interstellar space.

In 1977, the outer planets of our solar system were in a strange geometric arrangement, which only occurs approximately every 175 years.

The advantage of this alignment is that it allows a spacecraft to oscillate from planet to planet without the need for large onboard propulsion systems, a technique also known as assistive gravity.

In its flyby of Saturn, Voyager 1 discovered a plethora of new data about the planet and its moons. Specifically, three new moons were found, Prometheus, Pandora, and Atlas, and it was confirmed that they are composed mainly of water ice. This was a massive leap forward in understanding the two largest planets’ moons in our solar system.

Furthermore, Titan was found to have a dense atmosphere, composed mainly of nitrogen like Earth; however, its pressure on the surface is 1.6 times higher than Earth’s.

This allowed scientists to deduce that due to Saturn’s atmospheric composition, it radiates more heat than it receives from the sun.

Thirty-two years after Saturn’s encounter, in August 2012, Voyager 1 entered interstellar space and became the most distant human-made object in space.

Following its accomplishments, the mission was extended to explore the solar system beyond our outer planets.

The new mission’s objectives are to collect data on the outermost limits of the heliopause, the outer parts of the sun’s magnetic field, and the solar wind output flux.

Like its Voyager 2 twin, Voyager 1 carries a 12-inch gold-plated copper disc containing greetings in 60 languages, samples of music from different cultures and times, and the natural and human-made sounds of the Earth to communicate the history of Earth in deep space.

The disc also contains electronic information that an advanced technological civilization could convert into diagrams and photographs.

This disc was placed on the spacecraft as a greeting if the spacecraft were to be intercepted by beings at some point during their journey, not from Earth.

Recently, on October 29, 2020, mission operators used a series of commands to contact the NASA Voyager 2 spacecraft for the first time since Mach.

The communication allowed scientists to confirm that the spacecraft was executing commands sent from Earth without any issues, and the call towards Voyager 2 also allowed scientists to test out new hardware that was recently installed on Deep Space Station 43, the only dish on Earth that has the capability of contacting and sending commands to Voyager 2, NASA has reported.