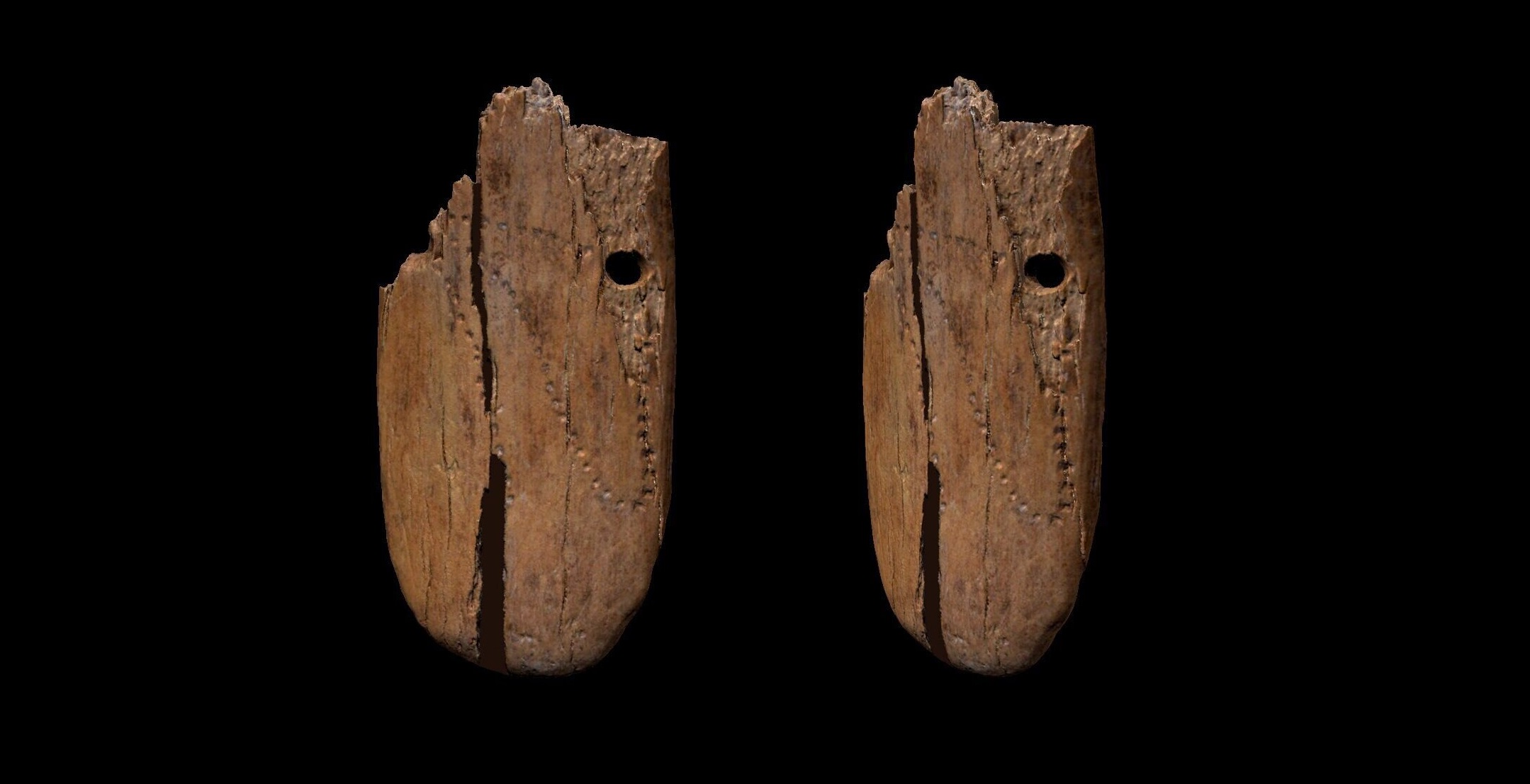 Researchers suggested that the real age of the find may be much older.

Archaeologists in Poland have discovered two fragments of an ancient pendant with dotted patterns and a broken bone awl. Direct radiocarbon dating of these objects showed that they are more than 41 thousand years old, which would make them the oldest examples of ornate jewelry to date. Scientists also found that the pendant was made of mammoth ivory, and the awl was made of horse bone.

The arrival of the Cro-Magnons in Europe

About 45 thousand years ago, the first Cro-Magnons arrived in Europe, where for several millennia they coexisted with the last Neanderthals, who finally disappeared about 41-39 thousand years ago. At the early stage of the Upper Paleolithic, this process was accompanied by the spread of the Aurignacian archaeological industry. This culture turned out to be characterized by the manufacture of dart points from the antlers of reindeer, scrapers, and incisors.

Manufacture of jewelry and art

Together with the bearers of the Aurignacian culture, the manufacture of jewelry and art objects is widely spread across Eurasia. The oldest monument, where archaeologists have found Cro-Magnon pendants from the teeth of hoofed animals and cave bears, is located in Bulgaria – the Bacho-Kiro cave.

In the Aurignacian time, the famous figurines of the Paleolithic Venus spread, the first bright monuments of rock art appeared, for example, the Chauvet cave. The richest monument of this time is located on the Russian Plain – this is the Sungir site, where, in addition to several burials, archaeologists discovered a huge number of jewelry and art objects.

Scientists studied the fragments of an ancient pendant

Sarah Talamo of the Max Planck Institute for Evolutionary Anthropology, together with scientists from Denmark, Italy, Canada, Poland, the United States, France, and South Africa, examined two fragments of a pendant, supposedly made of ivory, as well as part of an awl that was found archaeologists in 2010 in the Stajnia cave. Since the cultural layer where the finds were made turned out to be mixed, scientists had to resort to direct radiocarbon dating.

The hanger features an oval shape with rounded edges and two drilled holes. The artifact was decorated with wavy lines made of dots. The largest fragment of the suspension turned out to be 4.5 × 1.5 × 0.36—0.39 centimeters in size. Microscopic analysis showed that the dot pattern was applied using a thin stone tool that had an uneven edge. The awl fragment turned out to be about 68.33 millimeters long. Scientists have found signs of wear on its surface, indicating intensive use of the item prior to disposal.

Paleozoological analysis using mass spectrometry showed that the pendant was made from mammoth ivory, and the awl was made from horse bone. Scientists were able to isolate collagen from both objects in order to conduct radiocarbon analysis using accelerator mass spectrometry. Calibrated dating of the pendant showed that it was made no later than 41,730–41,340 years ago, and the awl – 42,270–42,070 years ago, that is, at the early stage of the Aurignacian culture.

Scientists have come to the conclusion that the decorated pendant from the Stajnia Cave is the oldest ivory object with dotted patterns in Eurasia. In addition, the researchers suggested that the real age of the find may be much older. Apparently, it was made from fresh mammoth ivory, which was confirmed experimentally.