It has a mysterious quality that has inspired countless encounters with aliens in science fiction. It has made us think more than once, what if aliens have tried communicating with Earth for centuries, but we’ve not been able to understand and get their message.

But whether or not the Wow! Signal is that message we’ve all been waiting for has been heavily debated. Whether or not the mystery message came from an extraterrestrial intelligence has been questioned ever since the signal was spotted, on the night of August 15, 1977, at 03.16 GMT, when astronomer Jerry Ehman used the great radio telescope of the Ohio State University to sweep the skies in search of signals that could have originated from an extraterrestrial civilization, somewhere in the cosmos.

That very night, late into the morning, Ehman found something. And since that night, astronomers have been trying to figure out what it means.

While pointing in the direction of three-star systems called Chi Sagittarii, in the constellation Sagittarius, the radio telescope detected a 72-second radio wave burst, a signal much louder than the background noise. In the printing of the observatory computer, Ehman penned down a historical mark onto the report, writing down the word Wow with an exclamation mark.

It was truly a wow moment, and since that day the signal spotted by Ehman became known as the Wow! signal.

The print of the ‘Big Ear‘–the nickname of the Ohio State University radio telescope–contains a lot of random numbers and letters, apparently, but Ehman circled a cluster of digits “6EQUJ5” with other circles around it with a red pen to a “6” and “7” in separate columns. This particular code first uses the numbers 1-9 and then the alphabet of the A-Z to denote signal strength. As the outbreak suggests, the signal intensity reached “6” and then burst through the letters reaching a peak of “U” before returning again on the numerical scale to “5.” There was then a slight output wave of the main signal (circled the “6” and “7”).

What a signal this was.

However, since that day in 1977, a detection of a signal of that strength has not been repeated.

Even after the SETI Institute was founded in 1984, and countless efforts were made to find another similar radio signal burst, astronomers have faced silence in the cosmos; a problem that has only served to intensify the discomfort of the Fermi Paradox.

Skeptical that the signal originated in a distant advanced civilization, Ehman himself recently stated that it could be related to a mysterious FRB (Fast Radio Burst) burst. Astronomer Antonio Paris, of the St. Petersburg College in Florida, argues that the origin of the signal could be a non-cataloged comet.

In 2017, Antonio Paris suggested that the hydrogen cloud encompassing two comets, 266P/Christensen and 335P/Gibbs, now known to have been in roughly the right position, may have been the source of the Wow! signal.

However, this proposal has attracted strong criticism, including from members of the original Big Ear research team, as a more detailed analysis shows the cited comets were not in the beam at the correct time.

The truth is we have a bunch of theories and no definite answers.

The Wow! signal continues being one of the most enigmatic alien signals mankind has ever spotted in our recent exploration of the cosmos, in our quest to prove that Earth is not the only planet home to life and that other forms of life exist in the vastness of the cosmos.

Event hough the Wow! signal was unmodulated and had no encoded information within it, it endures the strongest candidate for an alien radio transmission ever detected by mankind. 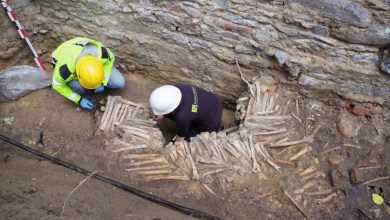