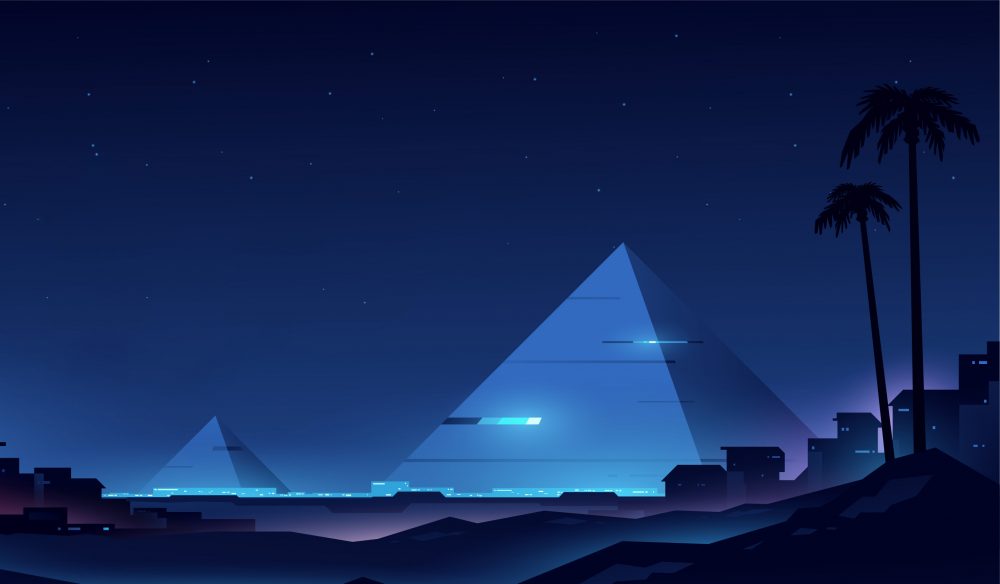 Ancient Egypt is the land of pyramids, but not all is as it seems.

For reasons we are still unaware of, thousands of years ago, ancient cultures around the globe erected massive pyramids. Pyramids were built in different sizes and were made of several materials and usually served different purposes.

Some pyramids, like those in Central, South, and North America were most likely used by the ancients as massive religious centers and temples.

In Africa, the exact purpose of pyramids is a debatable subject.

In Egypt, for example, experts argue that the ancients built pyramids as massive tombs for their kings and royalty. Despite the fact that scholars argue ancient Egyptian pyramids were tombs, the existence of the so-called provincial pyramids of Egypt proves, at least partially, that not everything we know about the pyramids is true.

The provincial pyramids of Egypt are structures that did not serve as tombs since they do not contain any chambers inside or beneath them.

But long before the provincial pyramids were built and before the Great Pyramid of Giza was even planned, a Pharaoh of the third dynasty revolutionized ancient Egyptian architecture.

Djoser commissioned his Pyramid at Saqqara, and it was planned by a young man called Imhotep, who at the time was serving as Djoser’s Royal vizier and architect.

Djoser’s pyramid became a monument that forever changed ancient Egyptian architecture, and it made sure to catapult Egypt’s monument building to a whole new level.

The Step Pyramid at Saqqara is recognized as the earliest colossal stone building in Egypt. In terms of total volume, the Step Pyramid was ancient Egypt’s earliest large-scale cut stone construction with a total volume of 330,400 cubic meters (11,667,966 cu ft).

Never before had Egypt seen a structure like the pyramid at Saqqara. But the pyramid fever would not last long in Egypt. Step Pyramids were a short-lived phenomenon after King Djoser.

It may be expected that a long line of comparable pyramids would follow that of Djoser. Still, while later generations of rulers borrowed numerous specific elements, the rectangular step pyramid did not endure throughout ancient Egyptian history.

According to archeologists, the pyramid of Sekhemkhet at Saqqara, not far from that of Djoser, was another attempt in ancient Egyptian history at building a similar complex. However, the pyramid was never completed, and it is thought to have been abandoned soon after it was begun.

In addition to Sekhemkhet, another 3rd Dynasty ruler tried–and failed–at building a step pyramid complex like that of Djoser. The so-called Layer Pyramid of Zawijet el-Aryan is located around 7 kilometers from the Step Pyramid.

In terms of location, it departed from the trend set forth by Djoser and Sekhemkhet, who built and tried building their pyramids far out in the desert. The pyramid was attempted to be built on a rock ridge just above the floodplain.

This pyramid was never completed, and no traces of burials have ever been found.

After the failed attempts of the Third Dynasty, it wasn’t until the founding ruler of the Fourth Dynasty, King Sneferu, that ancient Egypt would see the birth of another pyramid.

King Sneferu is considered ancient Egypt’s best pyramid builder. In general, scholars credit him with three pyramids. Sneferu is thought to have built one pyramid at Meidum, and two others at the royal necropolis of Dahshur.

The Pyramid at Meidum which is believed to have been Sneferu’s first attempt at a pyramid started of as a kind of Step Pyramid but was transformed during construction as the builders attempted in building a smooth-sided pyramid. The structure is thought to have collapsed in ancient times, even perhaps during construction.

But the issues at Meidum’s pyramid did not prevent Sneferu from trying again. He turned to Dahshur, where he commissioned the famous Bent Pyramid and the Red Pyramid.

The Bent Pyramid marked a transitional phase in pyramid building and marked when Egypt officially decided not to build or try and build, Step Pyramids anymore.

The Bent Pyramid laid down the necessary foundations for Egypt to finally come up with a smooth-sided pyramid.

The Red Pyramid of Sneferu is precisely that, a structure that signaled another architectural revolution in ancient Egypt. The Red Pyramid, or North Pyramid as some call it is widely seen as the first successful attempt at building a true smooth-sided pyramid.

Not only that, but the Red Pyramid is also the structure that would lay down the necessary foundations for the construction of the Great Pyramid, a monument though to have been commissioned by Sneferu’s son and heir to the throne King Khufu.

Instead of continuing building pyramids at Dahashur, Khufu moved to Giza, and he chose the wide plateau as the place where his pyramid would stand.

The Great Pyramid of Khufu is thought to have been commissioned early in his reign. Hemiunu, his royal vizier, is believed to have been responsible for planning and designing the pyramid.

In around 20 years, as noted by Egyptologists, the ancient builders completed a pyramid that would remain unmatched throughout the history of ancient Egypt.

Not only is the Great Pyramid the largest of all pyramids in Egypt, but it also is the tallest.

Although its capstone is missing today, the Great Pyramid remained the tallest manufactured structure on the surface of the planet for a period of more than 3,800 years.

Pyramids that followed after Khufu’s were lesser in terms of size, complexity, and accuracy. The Pyramid of Khafre, although still impressive, was not as large as that of his predecessor. Nevertheless, it is the second-largest pyramid of Egypt and the second largest one at the Giza plateau, with a total volume of 2,211,096 cubic meters (78,084,118 cu ft).

What did we get wrong about Egyptian pyramids?

1) The Great Pyramid of Giza is not the first pyramid of ancient Egypt. Although the most famous, it is nearly not as old as the Step Pyramid of Djoser which was built around 4,700 years ago.