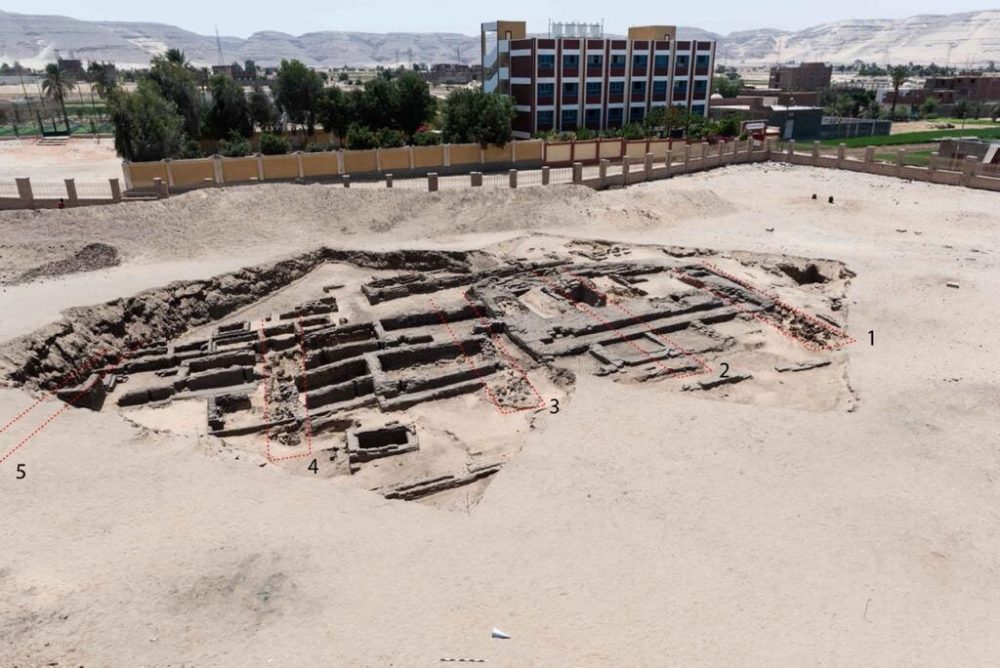 Archaeologists had known about the brewery but couldn't find it for more than a century!

A joint Egyptian-American team of archaeologists has put an end to a long-lasting Egyptian mystery. What they found in the city of Abydos was an ancient Egyptian mass-production brewery, now believed to be the oldest in the world.

But what do I mean when I say “mystery”? It is a fact that British archaeologists had suggested the existence of an ancient Egyptian brewery in the region more than 100 years ago but no scientific team had been able to determine the actual location. Until now, of course.

One would think that if this is the oldest brewery in the world and the craft of brewing was still undeveloped back then, it would be a small site. On the contrary, archaeologists unearthed eight rooms measuring approximately 20 meters by 2.5 meters.

Each room was filled with clay pots arranged in rows. With about 40 pots per room, this would have allowed ancient Egyptians to brew 22,400 liters of beer at a time, or at least these are the initial calculations.

The building was discovered in the city of Abydos in the province of Sohag, according to the Ministry of Tourism and Antiquities of Egypt. The age of the find is about 5000 years and dates back to 3100 BC when ancient Egypt was ruled by Pharaoh Narmer, the founder of the 1st dynasty of the Early Kingdom of Ancient Egypt.

Dr. Matthew Adams, one of the leaders of the Egyptian-American team that discovered the brewery, reported his suggestions. The drink produced in this place could be used during funeral processions, during the burial of the highest dignitaries of the Early Kingdom.

After all, Abydos was a major cultural and religious center in ancient Egypt and one of the most important places where you could worship Osiris. As for the beverage made in the oldest Egyptian brewery, they used a mixture of grain and water that was heated in the clay pots for subsequent fermentation.

Egyptian authorities are seeking to showcase the discovered antique artifacts in order to attract visitors from different parts of the globe. Due to the difficult sanitary and epidemiological situation, the tourism industry of this North African country has suffered heavy losses. In 2020, only 3.5 million people visited it, compared to 13.1 million in 2019.

Fortunately, Covid-19 did not stop all archaeological efforts and the past 6 or so months have been incredible in terms of discoveries. The discovery of the oldest Egyptian brewery (possibly in the world) definitely ranks among the greatest finds in the last few years for me. We can safely say that Egyptologists will have to, once again, rewrite the history of brewing.

Furthermore, earlier this month, archaeologists revealed two completely unique discoveries. The first one showed us 16 newly-found catacombs from the Greco-Roman period of Alexandria, containing curious but not well-preserved mummies, statues, and other artifacts. The second study focused on a rather unique mummy in a clay shell. Research proved that this was a completely new method for preservation.

Not to mention the latest reveal from Saqqara – 52 burial shafts with more than 50 sarcophagi from the time of the New Kingdom. Each discovery so far has been completely different and incomparable but the discovery of the oldest Egyptian brewery is perhaps of the highest significance for now.