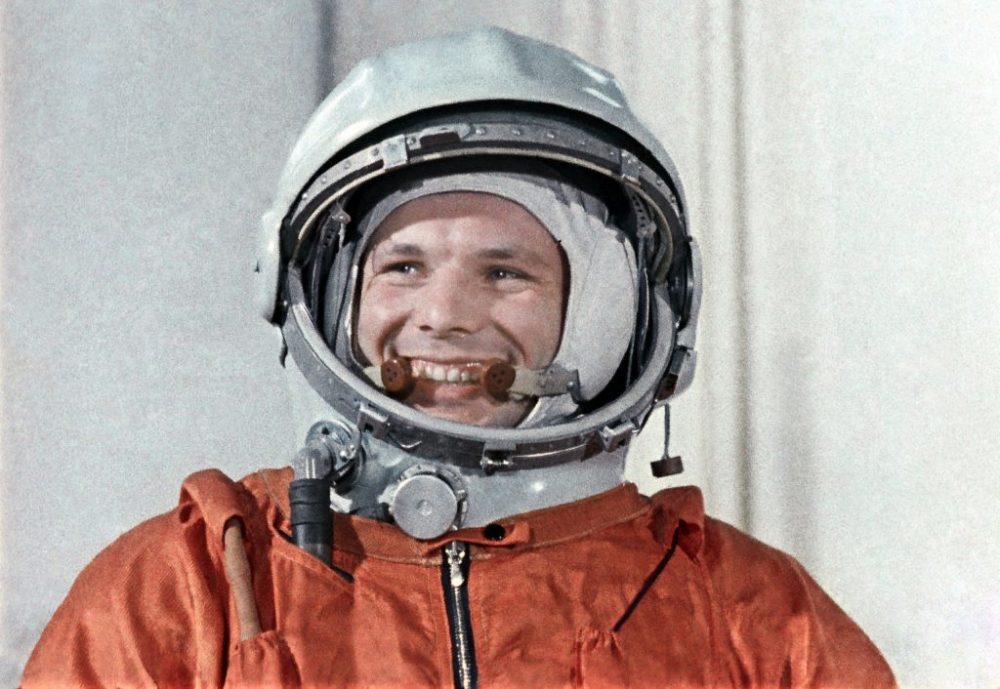 Did you know that had the Soviet Union not hidden the details about Gagarin's landing, the first human space flight was not going to be counted as successful?

On April 12, we celebrate exactly six decades since the launch of the first human to space. Anniversaries are a great occasion to commemorate the achievement, to remember the past, and to look to the future.

Many individuals from Russia have left a huge imprint on the development of humanity, but in most cases, they have done so without government support or as oppositionists. In contrast, the launches of the first artificial satellite and Gagarin are achievements of the Russian state and the Soviet authorities.

The memory of Gagarin is one of the most important reasons why Russia, despite its economic, political, and demographic problems, continues to support manned spaceflight as a nation.

On the morning of April 12, 1961, at 5:30 a.m. local time, Yuri Gagarin and his stand-in German Titov got out of bed. Together, they headed to the launch pad, although only Gagarin was going to fly. The Vostok 1 spacecraft consisted of a conical service module and a spherical lander, and it was located on top of the R-7 rocket.

The ship itself was fully automated, and this was due to the fears of Soviet specialists that the astronauts may lose consciousness or even go crazy during their mission.

There was no such loud countdown, typical of American cosmonautics – it was introduced mainly due to the element of drama: Ten, nine, eight, seven… Only several commands were given such as “Start key” and “Ignition”. Then Gagarin said: “Let’s go”, and so the first human space flight began.

For decades, the Soviet press insisted that the flight was a smooth one. It was not until the end of the 20th century, after the collapse of the USSR and with the access of the general public to classified documents, that the number of critical situations from the start of Vostok 1 to the end of the mission became clear.

Gagarin did not return to Earth with his ship… should the mission be counted?

A deeply kept secret also came to light. In short, the party functionaries of the USSR were silent about Gagarin’s landing. Why was this necessary? In 1905, the International Astronautical Federation FAI was established, which approved the rules in aviation and later in astronautics, according to which achievements in these fields will be recognized.

The FAI rules were clear: an astronaut must take off within his spaceship and return to Earth with it. However, if a pilot flies an airplane and he ejects into the air, there is obviously a problem with the airplane, right? Why do space flights have to be different?

The ship “Vostok” had a very simple design. It did not have braking systems that are activated before contact with the surface and that ensure the safe landing of astronauts. This necessitated their ejection into the air. This detail of the first human space flight was deliberately concealed and the Soviet authorities officially claimed a lie – that Gagarin had returned within his spaceship.

The FAI adopted the official version of the USSR. A similar attempt to hide was made on August 6, 1961, when German Titov flew the second Soviet ship “Vostok 2”. However, Titov stated publicly that he had ejected and landed with a parachute separately from his ship. This called into question the international community whether Gagarin did not do the same.

Gagarin himself admitted for the first time the details of his landing in a personal conversation with British pilot Eric “Winkle” Brown. “I asked him about the landing and he hesitated for a long time,” says Brown. “He finally admitted that he had ejected.”

Of course, years later, the FAI did not annul the Soviet achievement of the first human space flight, as the rules were revised and it became clear that other criteria such as reaching orbit and orbital parameters should be considered in space flight, not how astronauts land.

The details about Gagarin’s landing are just one of the facts that came to light years after the first human space flight. Here’s what else is known today :

1. Ahead of the flight, a total of 70 anomalies with the spacecraft’s instruments were identified, which would put the mission at risk. Despite everything, Gagarin was allowed to fly!

2. Gagarin has a portable emergency supply – food and water, which should be enough for him in case he landed in a remote place. The astronaut, however, was lucky that he did not end up in a deserted area after the mission.

3. An important engine valve to the upper stage of the rocket was assembled incorrectly. This led to the risk of a premature shutdown of the engine in question during launch. Thank God this did not happen – if it had happened, it would have been an unplanned landing in eastern Siberia at best or an astronaut’s death at worst.

4. There were problems with radio communications – both Gagarin and ground leaders complained that they do not hear each other.

5. Perhaps the most serious problem was that Vostok 1 was put into the wrong orbit. The planned apogee of the orbit for the first human space flight was 230 kilometers. Since the ship did not have a spare engine for decommissioning (it had only a main one), with such a low apogee, it would be possible for Vostok 1 to re-enter the atmosphere after 5-7 days without any additional thrust.

Gagarin took enough food with him that would allow him to live in space for a total of 10 days in case the main engine broke down. But instead of the planned apogee of 230 kilometers, Vostok 1 was launched into orbit with an apogee of 327 kilometers. Indeed, there were no problems with the ignition of the main engine, otherwise, Gagarin would have remained in orbit for a month.

6. After the main engine ran for 44 seconds, one second shorter than planned, something unexpected happened – “Vostok 1” entered a state of uncontrolled rotation, probably due to residual fuel or residual gas from the gas cylinders of the control system of orientation. Unexpected rotation confused the program that should separate the service unit from the lowering module.

Gagarin himself shared after his flight – “I expected a split, but there was no split.” The spacecraft began to enter the atmosphere without the service module being ejected. This turned out to be extremely dangerous and it is good that a few minutes later the modules separated spontaneously from each other.

All this proves how risky Gagarin’s flight was and how fortunate it is that the astronaut returned to Earth alive.

Many questions are asked in connection with the personal life of Yuri Gagarin. Who was he? What did he believe in? What did he fight for? What message would he like to give to people? There is no way people can not ask themselves these questions, given that he achieved the first human space flight and therefore will always remain in the history of mankind.

After Gagarin’s flight, the Soviet state turned him into a diplomat and sent him all over the world – to Czechoslovakia, Finland, Great Britain, Cuba, Brazil, Canada, etc. This greatly affected his lifestyle. Gagarin’s daughter, Elena Gagarina, said that after the flight, the family completely lost their personal lives.

Until the mission, Gagarin liked to travel, but then it turned out to be impossible to plan something on his own without being tied to some official event. Everywhere he went, hordes of people awaited him.

But perhaps the greatest tragedy for Yuri Gagarin was that Soviet authorities banned him from flying into space again because of his status as a national hero.