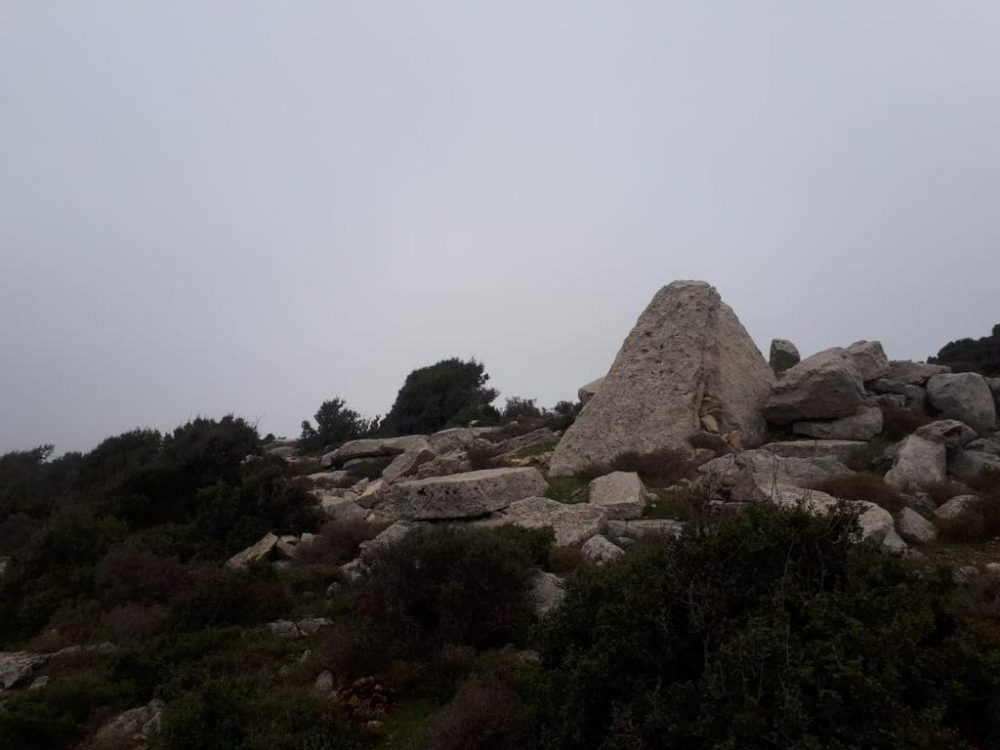 Millennia older than the Egyptian Pyramids.

Could it be possible that the Egyptian Pyramids were influenced by the pyramidal burials and tombs in Lebanon? This new theory was suggested by Dr. Imad Younis, a Lebanese historian, shortly after the discovery of the fourth pyramidal burial on the territory of Lebanon.

Lebanon is well-known for its abundance of ancient megalithic sites, although few have remained in good condition, whether because of vandalism or natural causes.

Historians know that the Northern regions of Lebanon such as the Akkar district, where the pyramid was found, have been inhabited for approximately 6000 years which is why the new pyramid has been dated to this period, making it nearly 2000 years older than the Egyptian Pyramids.

Previous professional estimates suggested that there might have been more than several hundred such burials in the region, but people’s neglective actions have resulted in their destruction.

Before the unexpected discovery of this fourth Lebanese pyramid, experts knew about three others, located fairly far away. The latest has some distinctive features that make it completely different than all previously known sites.

For instance, all others were made of black basalt rocks while the fourth one was constructed from white limestone rocks. Moreover, it has retained its original shape unlike another pyramid nearby which has been completely destroyed.

Was the design of the ancient Egyptian pyramids influenced by the pyramids in Lebanon? To me, this is merely an attention-grabbing speculation.

It is true that ancient Egyptians have traveled to the territories of Northern Lebanon and there is evidence that they even inhabited it in different periods of time but that’s pretty much it.

Even if this speculation was the absolute truth, I believe archaeologists will never find real evidence to prove it. Furthermore, apart from the actual roofs, the pyramids of Lebanon have nothing in common with the mighty Egyptian pyramids.

Unfortunately, the ancient heritage of Lebanon is under everlasting threat and we can safely say that much of what was once there has been lost forever.

Apparently, this region has modest financial capacity, which is what prevents authorities from protecting these sites. Especially knowing how much was already lost, I hope that there are more efforts in the future.

After all, the pyramids of Lebanon are not only an important piece of history that must be protected but also an opportunity. We have seen governments turn a few ancient stones into massive tourist centers in the past. If this is possible around the world, what can we say about the 6000-year-old pyramids in Lebanon?

The common people of Northern Lebanon know that they live amongst the ruins of the ancients but archaeologists seem to have no interest in researching the region. Many people claim that they know about many other pyramids and megalithic sites that for some reason never fall in the archaeological specter of interest.

If you find yourself traveling to this part of Lebanon, there are local guided tours that can show you ancient sites, including monuments, temples, caves, and much more.