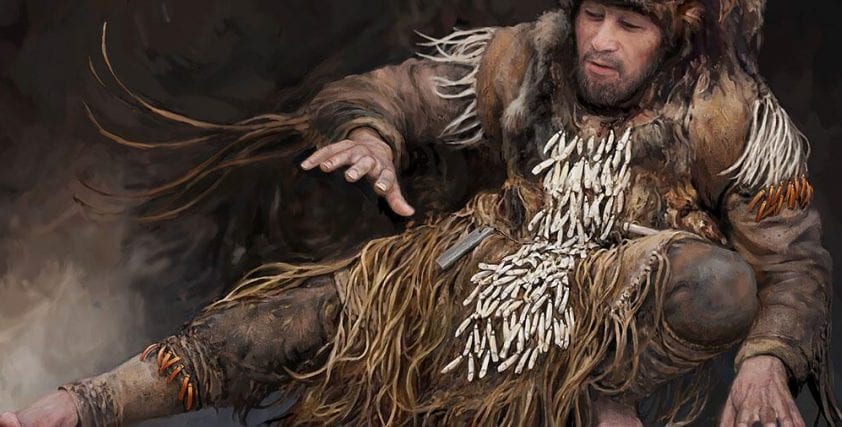 Archaeologists recreated the pendants of Mesolithic hunters and tested their sound.

Finnish and Russian archaeologists have experimentally confirmed that pendants made of elk teeth from the Olene-Ostrovsky Mesolithic burial ground in Karelia served as noise and rhythm-forming musical instruments for unusual “psychedelic Stone Age raves”. Researchers recreated the pendants of Mesolithic hunters and tested their sound.

The Olene-Ostrovsky burial ground is an archaeological monument, located on South Deer Island on Lake Onega (Russia) and was excavated in 1936-38. The population of the burial ground was hunters of the local forest fauna with a complex genetic origin, including haplogroup C from Northeast Asia.

According to the osteological findings, the main object of hunting of this culture was the elk. 177 burials were discovered and have been dated by the radiocarbon method to the second quarter of the 7th – beginning of the 6th millennium BC.

All burials are sprinkled with ocher; the grave goods accompanying the burials are represented by flint tools, bone, and horn products.

In several burials, “wands” with pommel in the shape of elk heads were found. A distinctive feature of a number of burials is large accumulations of teeth of elk and other animals with a predominance of moose incisors.

Pendants made of processed incisors were attached to clothes, belts, and headdresses with tendon cords. Ring grooves for hanging were found on the teeth, as well as traces of abrasion and mechanical damage.

Everything you need to know about the elk teeth

1. A group of Finnish and Russian archaeologists suggested that moose incisors from the burials of the Mesolithic burial ground in Karelia served not only as a decoration for clothing but also served as rhythm-forming musical instruments.

2. With the help of experiments and traceological research, scientists have tested and confirmed the hypothesis that traces of abrasion and mechanical damage on the moose teeth pendants appeared as a result of friction against clothing and impacts against each other.

3. Excavation materials from the 1930s are poorly documented and mixed. Due to the unsatisfactory state of the finds, the researchers selected materials for analysis from only four burials (nos. 76a, 102, 125, and 127). The samples included 97 elk teeth with grooves for hanging in the upper part.

4. Microscopic examination of the incisors revealed characteristic damage to the enamel of the crowns: scratches, rounded edges, polishing, and other signs of wear. Traces were analyzed at a magnification of 200x and recorded by macro photography.

5. For a research experiment, scientists purchased jaws of Eurasian elk, from which the incisors were carefully removed by digestion or decomposition in an aqueous medium.

6. Grooves were then cut into them for fastening according to the Mesolithic samples and, with the help of cords, they were fastened together in overlapping rows.

7. In the first part of the experiment, the tester wore the pendants for two hours a day for a month, doing his daily activities. In the second, the costume with pendants was tested in a six-hour dance at a disco festival.

8. Experience has shown that in order to extract sound from elk teeth, it is necessary to perform sequential body movements that resemble rhythmic dance movements.

9. The pendants dictate to their owner movements with a certain rhythm, the submission to which causes a rapid heartbeat, increased pressure, and a state close to a dance trance and altered consciousness.

10. Trasological examination of the prototypes showed a wear pattern similar to damage on the Mesolithic incisors. This confirmed the theory that the pendants were used to create noise or rhythm and were probably used for unusual ritual practices. 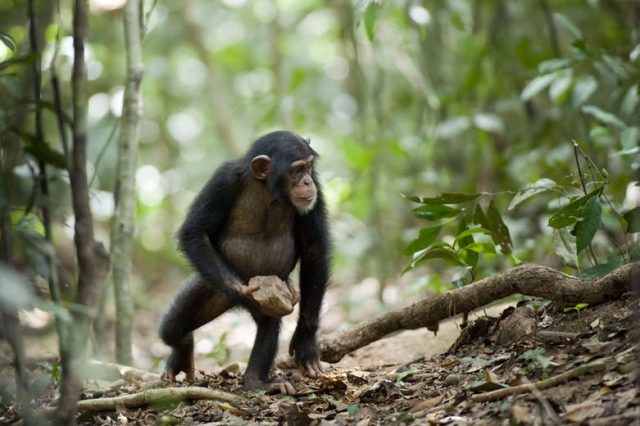 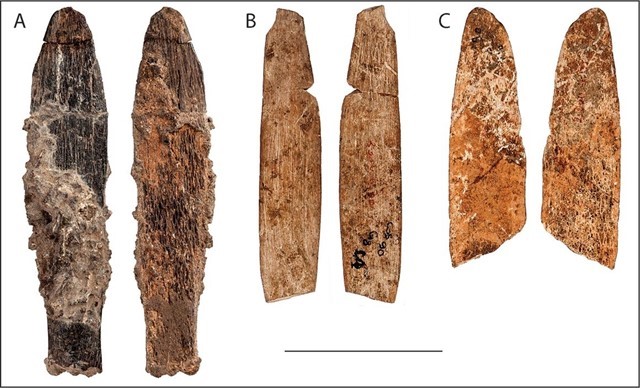