Scorpion I's tomb is one of the oldest tombs of Abydos.

Ancient Egypt is divided into two periods; pre-dynastic and dynastic. Two scorpion kings ruled Egypt in the pre-dynastic era. The first Scorpion King lived in ‘Thinis’ c 3200 BC. He ruled for a long time, and the second Scorpion King came after a century or two. It remains unknown if the said rulers were related to one another or not. However, Scorpion I ruled Upper Egypt in the Naqada III period. Moreover, we have no idea if he was a foreigner or belonged to one of the pre-dynasty households.

Let’s have a look at some of the significant details regarding both of the kings:

1) The researchers were quite intrigued when they stumbled upon the First Scorpion King’s tomb. They claim that it takes you in the past with its beautiful paintings and engravings. Certain experts call it archaeological heaven as it truly shows you the life the Scorpion King lived while ruling Egypt in the pre-dynastic era.

2) Scorpion I’s tomb is one of the oldest tombs of Abydos. The experts were able to find an ivory sceptre and various plaques from his tomb. Moreover, his burial chamber contained approximately 700 jars of wine. He was spectacularly buried so he could live peacefully in the afterlife. The wine that was found in his mortuary temple is considered to be the oldest wine. They also found grape seeds, skins, and dried pulp. Due to this pure material, it was possible to date the tomb back to c 3150 BC.

3) The experts concluded that the Scorpion King I must have lived a lavish life. Hence, he was buried with an appropriate protocol. The experts also discovered figged wine from his burial chamber.

4) The reign of Scorpion II began in around c 3100 BC seems to be linked to an excellent and advanced civilization from Mesopotamia.

5) The experts and researchers found sufficient evidence to confirm trade and political contacts between the kingdom of the Scorpion King II and Mesopotamia. For example, the designs used to construct burial chambers during Scorpion II’s era are inspired by Mesopotamian constructions.

6) Scorpion II’s name is usually depicted by a golden flower-like sign. However, that particular motif does not make him unique or special in any way mainly because it was a popular symbol back in the pre-dynastic period of Egypt.

7) The flower-like symbol remained significant until the first dynasty of Egypt. It is believed that certain kings of various Egyptian dynasties held it close to their hearts because it was from an olden era.

8) Egyptologists are not certain where Scorpion II was buried. However, they spotted two tombs that may have belonged to the ruler. One is at Umm el-Qa’ab, Early Dynastic necropolis that is near Abydos and the other is at Hierakonpolis. Both tombs had small ivory tags with scorpions etched onto them. Hence, one of them must be of King scorpion II.

9) Egyptologists claim that the tomb of King Scorpion II may still be covered by the sands of the desert. Without new research, it is difficult to know whether his tomb is either of the two suggested locations or if it even still exists. 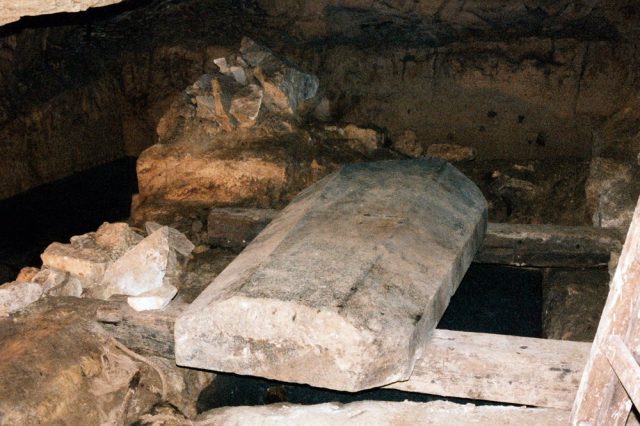