Some suggest that these lakes are as old as the Cretaceous period.

Planet Earth is a mysterious place, and there is still a lot to discover and uncover. There are certain lakes that are millions of years old. It’s difficult for scientists to determine their exact age, but multiple studies suggest that they are ancient. Furthermore, some believe that these lakes are as old as the Cretaceous period.

Following are 9 of the most ancient lakes in the world:

Zaysan is located in the East Kazakhstan region of Kazakhstan. It was initially discovered by a Russian called Ivan Bukholts in 1715. Zaysan is considered as one of the oldest bodies of water on planet Earth. Scientists have not been able to determine its exact age as yet. However, certain indirect signs and studies suggest that the said water body was formed at the end of the Cretaceous period; approximately 65 million years ago. Hence, it can be said that dinosaurs must’ve graced this ancient lake in the past.

Baikal is located in south-east Siberia and is considered to be at least 25 million years old. It is estimated to be at least 5,387 feet deep, and its bottom is approximately 3,893 feet below sea level. It is said to be the deepest lake in the world. Moreover, it contains 20% of the world’s total unfrozen freshwater reserve. Acknowledged and widely known as the Galapagos of Russia, its age has produced one of the world’s richest freshwater faunas.

Lake Maracaibo is a massive inlet of the Caribbean Sea and is located in northwestern Venezuela. According to the scientists, the said water body is the largest natural lake in South America, covering an area of approximately 5,130 square miles, stretching southward for 130 miles from the Gulf of Venezuela. Moreover, lake Maracaibo in Western Venezuela is home to the Catatumbo Lightning, the most regular series of lightning storms in the world. Lake Maracaibo is termed an inlet because the water it receives is brought in by the tide from the Atlantic Ocean. Furthermore, the geological records suggest that it is approximately 20 to 36 million years old.

Lake Tanganyika is over 10 million years old, making it one of the 20 ancient lakes on planet Earth. It is considered to be the longest and second deepest lake in the world. It lies in the Great Rift Valley and is divided among four countries; Tanzania, the Democratic Republic of the Congo, Burundi, and Zambia, with Tanzania and DRC occupying the majority of the lake. This massive lake was first made known to the world in the mid-1800s by two of the English explorers; Richard Burton and John Speke.

The Caspian Sea is approximately 30 million years old and is located between Europe and Asia. It is the largest embedded inland lake on Earth by area. The Caspian Sea currently lies about 92 feet below sea level. The ancient residents of its coast perceived the Caspian Sea as an ocean, presumably because of its saltiness and massive size. However, it is just a massive lake.

Lake Malawi is approximately 2 million years old. Over 1000 fish species have already been discovered from the lake. However, it still contains various undiscovered species than any other lake in the entire world. Moreover, certain scientists believe that the lake may contain a bigger and better treasure which is yet to be found.

Lake Titicaca is over 3 million years old. It is the largest navigable body of water in the world. It also holds the title of being the largest lake in South America. Its location, however, has raised eyebrows over the years. It lies astride the border of Peru to the west and Bolivia to the east. Hence, Lake Titicaca is divided between two countries and can be accessed from both.

Lake Biwa is one of the oldest lakes in the world. It is believed to be at least 4 million years old. Multiple ancient tales surround this lake. It is the largest freshwater lake in Shiga Prefecture. It’s well-known for its generous fish population and seasonal waterbirds.

Lake Vostok is located in Antarctica and is one of the oldest lakes in the world. It is approximately 35 million years old. Moreover, it has not been touched by any humans as of yet. This particular lake is considered as the largest lake in all of Antarctica as well as being the fourth deepest lake in the world. 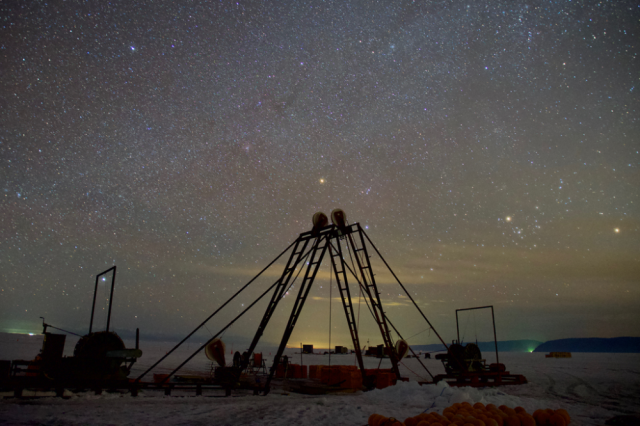