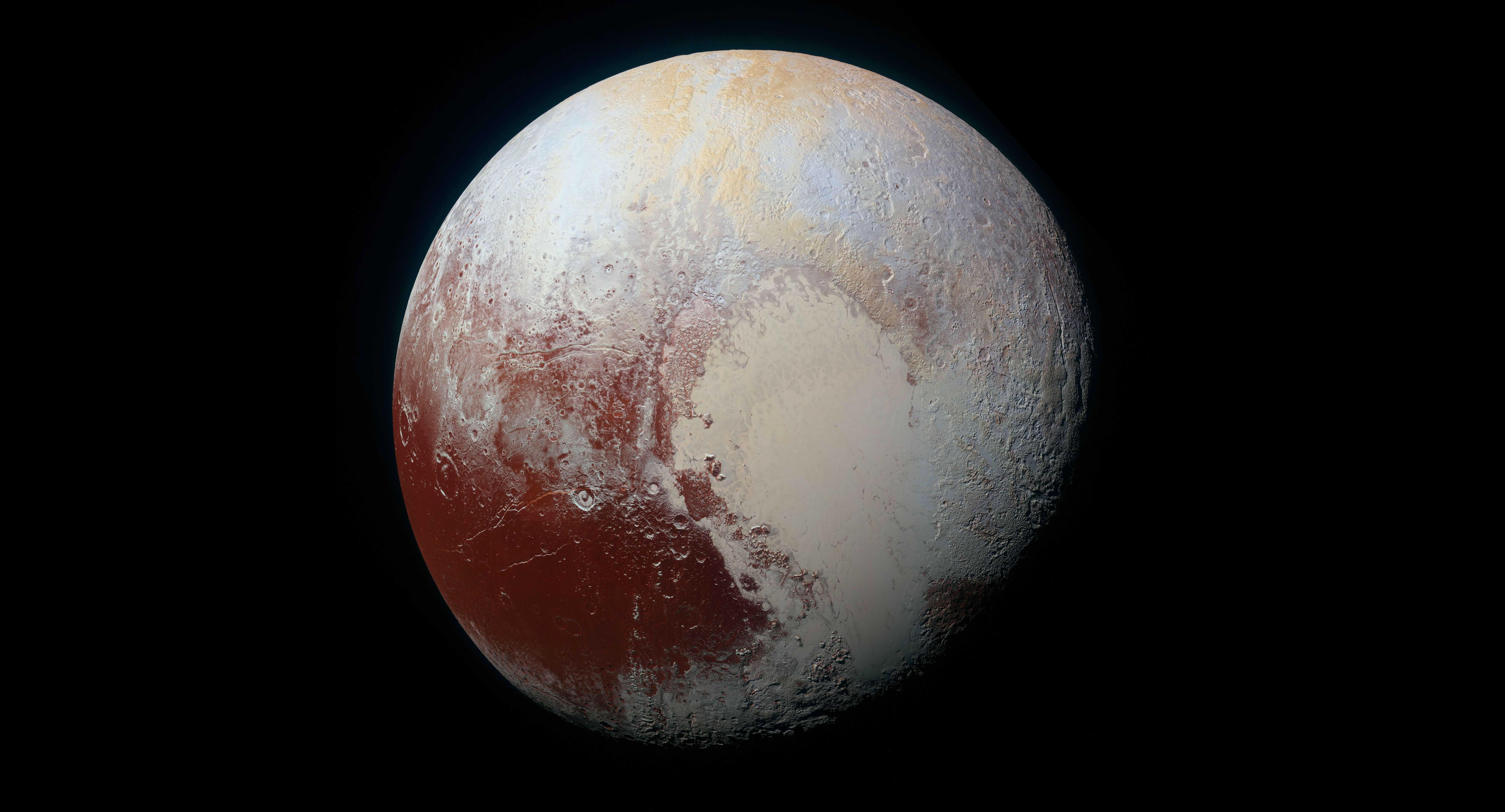 Since the New Horizons space probe discovered a vast region shaped like a heart on Pluto in 2015, it has become the most famous of the dwarf planet's surface features. Named after Pluto's discoverer Clyde Tombaugh, it stretches for more than 1,500 kilometers.

Scientists have been studying Pluto’s ‘heart’ and focused their research on a particular region – Sputnik Planitia. Billions of years ago, this impact basin was formed after a massive object hit the surface of the dwarf planet. Experts have been trying to solve the formation of the geological features of this region and research has provided new insight.

Planetologists have found that the processes of thermal convection in a nitrogen glacier, which are enhanced by sublimation, are indeed capable of creating an unusual cellular pattern on the ice surface, which is observed on Pluto’s Sputnik Planitia.

According to the calculations of scientists, these processes have been going on for at least one million years on the dwarf planet, which is consistent with the data of the automatic station New Horizons.

Sublimation of ice is one of the typical geological processes responsible for the formation of surface relief elements of some bodies in the solar system. In particular, the sublimation of carbonic ice has created a series of depressions in the southern polar cap of Mars.

It is believed that ice sublimation plays an important role in the formation of Pluto’s surface, where climatic cycles associated with condensation and sublimation of nitrogen ice can operate. Its largest reserves are concentrated in the “heart” of the dwarf planet – the large Tombaugh Regio, which was observed in April 2015 by the automatic station New Horizons during its flyby past Pluto.

The images obtained by the apparatus revealed an unusual polygonal glacier surface in the Sputnik Plain area, the nature of which has become the subject of interest of scientists.

A group of planetary scientists published the results of modeling the effect of sublimation on the structure of a layer of nitrogen ice (5 kilometers thick), where thermal convection processes take place.

Scientists used the StagYY solid-state convection code and performed calculations for various values of the Rayleigh number and viscosity contrast, assuming Newtonian rheology for simplicity. The atmosphere was considered as a shell that gives uniform boundary conditions to the ice layer, the uniform sublimation of which led to a drop in its surface temperature.

The models considered a time period of less than one hundred thousand years. Scientists were interested in what cases a structure of flat polygons bounded by narrow depressions will be created on the surface.

It turned out that convection processes facilitated by ice sublimation are indeed capable of creating the observed polygonal structures. This requires either a heat flux at the base of the ice layer of 0.3 milliwatts per square meter, which is 10 times less than previously thought or 30 times greater viscosity contrast than the value used in the work.

The polygonal structure resulting from the reorganization of primary convective instabilities such as shallow plumes and downdrafts can form over several tens or hundreds of thousands of years. In the case of Sputnik Planitia, these processes last at least one million years, which is consistent with observational data.

Scientists believe that the processes taking place in Pluto’s nitrogen glacier are more similar to those that operate in Earth’s oceans than those that occur on the icy moons of Jupiter or Saturn.

On other bodies of the solar system, such as Triton, Umbriel, Eris, or Makemake, the above processes can also operate – this requires the presence of large reserves of ice (N2, CO, CO2, or CH4) with low viscosity.