All conspiracy theories aside, Antarctica truly is a wonderful and sometimes mysterious place.

Not because it hides secret alien bases and prehistorical pyramids, but because it is a true treasure trove for science.

Experts have been trying to fully understand and explore Antarctica ever since on 27 January 1820 a Russian expedition led by Fabian Gottlieb von Bellingshausen and Mikhail Lazarev found an ice shelf at Princess Martha Coast that later became known as the Fimbul Ice Shelf.

Ever since we have continued exploring the icy continent.

In the 1970s when the first satellite images were made available, researchers noticed a number of things about the continent that took them by surprise.

One of them was a mysterious hole that appeared in one of Antarctica’s seasonal ice packs, floating on the Lazarev Sea.

In the summertime, it disappeared, and scientists did not know what to make of it.

Not long ago, in 2017, during Antarctica’s coldest winter months, precisely when ice should be at its thickest, scientists spotted a massive, 9,500-square-kilometre hole in the middle of Antarctica, exactly in the same ice packs.

A few months after spotting it, the hole had grown as much as 740 percent larger, before once again retreating with the summer ice.

The phenomenon was not something new, as for several decades we’ve seen this happening.

But never were scientists even close to understanding what exactly is going on, and why a massive hole appears in the middle of Antarctica.

The only thing we do know is that this massive hole appears over and over again.

After decades of brainstorming, studying and photographing Antarctica from the air, scientists believe they may have found out why this massive hole is appearing.

In fact, thanks to satellite observations and reanalysis data, a group of scientists from New York University Abu Dhabi (NYUAD) believe these massive holes, known as polynyas, appear to be scars from cyclonic storms.

Back in 2017, as a mixture of cold and warm air, clashed just above the South Pole, producing swirling inward winds of a cyclone reaching nearly 120 kilometers per hour, giving rise to powerful waves up to 16 meters high.

The cyclone’s Surface winds drag the sea ice to the one direction, while the cyclonic winds carry them in the opposite direction. This causes an opening to appear int he ice located near the center of the cyclone.

“Once opened, the Polynya works like a window through the sea-ice, transferring huge amounts of energy during winter between the ocean and the atmosphere,” revealed Diana Francis from NYU Abu Dhabi.

“Because of their large size, mid-sea Polynyas are capable of impacting the climate regionally and globally as they modify the oceanic circulation.”

A connection between cyclones and polynyas has great implications for the future, warn scientists, as climate change models tell us that more polar cyclones, like the one in 2017, will surely appear in the near future.

The findings were published in the American Geophysical Union’s Journal of Geophysical Research: Atmospheres.

“Given their large size in the middle of the ice pack, mid-sea polynyas, through intense deep convection, are capable of impacting the climate locally, regionally, and potentially globally by modifying the oceanic circulation underneath,” the authors wrote in their paper. 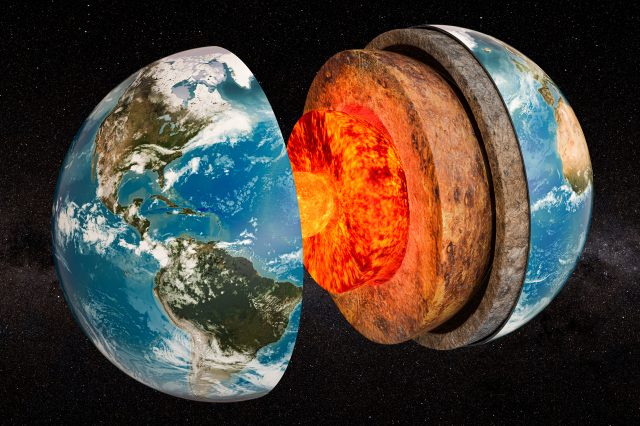