The event has been categorized as a G2 Moderate Geomagnetic Storm.

A geomagnetic storm warning has recently been issued by experts following what scientists say were three coronal mass ejections from one massive sunspot.

According to the National Oceanic and Atmospheric Administration’s Space Weather Prediction Center as a result of the solar storm, some parts of the Northern United States may even experience auroras over the next few nights.

SpaceWx Update: So obviously we reached some unexpected conditions last night (G3 Strong). The forecasted CMEs were expected to arrive on the 15th and 16th.

Looking back at STEREO A imagery, I may have found the culprit of this storm. This was not visible in LASCO, data gap? pic.twitter.com/ZXJsfHLwet

The G1 (Minor) geomagnetic storm watch is now in effect for both 15 and 16 May 2019 (UTC-days) due to anticipated CME effects.

A series of three observed Coronal Mass Ejections (CMEs) have taken place since 10 May 2019. The first two CME events are expected to arrive on 15 May and the third CME is anticipated to arrive the later half of 16 May.

The source location for the CME’s has been associated with disappearing solar filaments (DSF) along with areas of the magnetic neutral line in the vicinity of the unipolar sunspot group, Region 2741.

Arrival times for any geoeffective components of these CMEs have a level of uncertainty; however, most model runs are in agreement and the consensus holds for 15 and 16 May arrivals.

A G2 (Moderate) geomagnetic storm watch has been issued for 16 May 2019 (UTC day) due to a series of CMEs expected to arrive beginning on 15 May and lasting through 17 May. A G1 (Minor) storm watch is in effect from 15-17 May as well.

The space weather phenomena categorized as a Moderate G2 event can have a moderate effect on power grids on the surface of the planet, s well as satellite operations.

However, as noted by the SWPC, experts do not expect any ‘greater’ radio blackouts.

The SWPC explained: “While the storms create beautiful aurora, they also can disrupt navigation systems such as the Global Navigation Satellite System and create harmful geomagnetic induced currents in the power grid and pipelines.”

You can click here to check the aurora forecast. 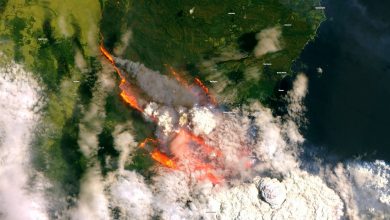 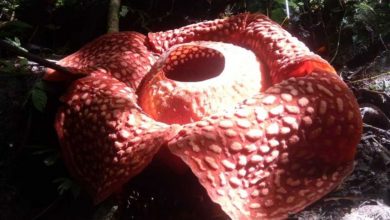