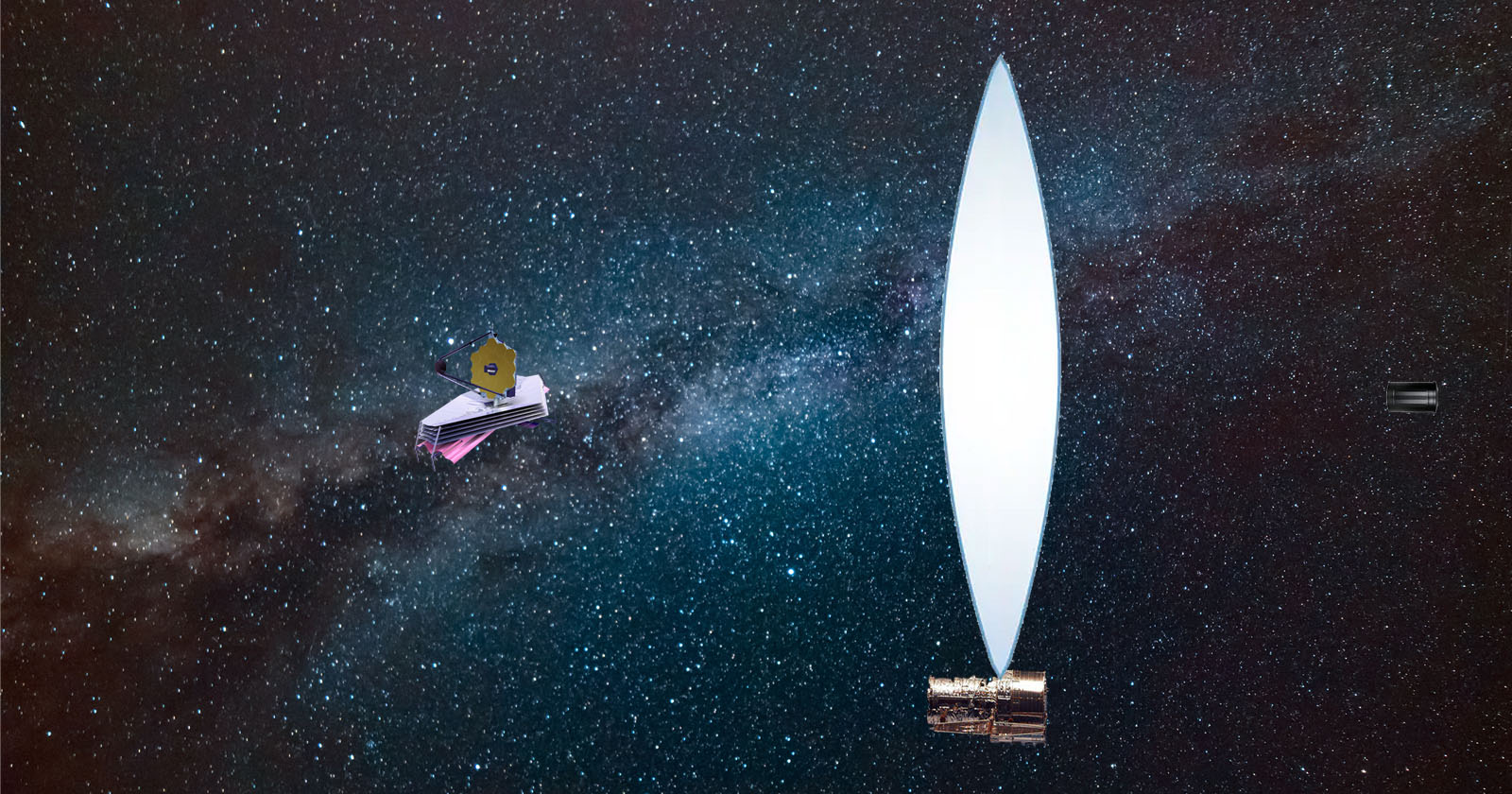 The future is here.

While NASA’s new James Webb Space Telescope is the most powerful telescope yet launched into space, the agency is already preparing for the future. Currently, liquid lenses are being explored as a means of making a gigantic telescope, perhaps 100 times larger than the Webb.

The bigger the telescope, the better. Astronomers can see distant objects in greater detail with larger telescopes because they collect more light. James Webb has perfectly illustrated this, as it revealed a view of the cosmos we’ve never imagined. The images produced by the space telescope have revolutionized the way we see the universe. The scientific data gathered by experts using Webb is helping us reshape our understanding of how the universe came into existence.

Suppose there was a way to make a telescope ten times – or even a hundred times – bigger than it is now. Initially a theoretical question, fluids are currently being tested in microgravity to see if they can be used to create lenses. As part of Ax-1 Mission Specialist Eytan Stibbe’s research portfolio, the next experiment is stowed on board the International Space Station National Laboratory.

The surface of all liquids is held together by an elastic force, and it is called surface tension. Among other things, it enables some insects to glide across water without sinking and shapes water droplets. Droplets of water are perfectly spherical until they reach a size of 2 mm or smaller, in which surface tension overcomes gravity. Under the weight of its own mass, a droplet becomes squished if it grows much larger.

However, the blobs of liquids in space eventually assume a spherical shape after they wobble around.

We thought, “why not use liquids’ natural behaviors in microgravity to construct large-scale telescopes and optical components that can be used for all kinds of applications,” said Balaban.

“In microgravity, liquids take on shapes that are useful for making lenses and mirrors, so if we make them in space, they could be used to build telescopes that are dramatically bigger than was previously thought possible.”

It was important for the team to test its ideas on the ground before taking them to the skies.

Moran Bercovici, an associate professor of Mechanical Engineering at Technion, explained that liquids are useful not only for creating lenses but also for eliminating gravity in experiments.

“Polymers, which are also used in nail salons to make acrylic nails or in adhesives like superglue, are a natural choice for lens material. The trick is to ensure that the water has the same density as the polymer we’re injecting so that the forces of buoyancy precisely oppose gravitational forces to simulate the conditions of weightlessness.”

Lenses constructed this way possess a surface quality that is comparable to or even better than that achievable with the best polishing methods, and they were constructed in a fraction of the time.

The natural physics of fluids does all the work for us using this method, so we can completely skip any mechanical processes such as grinding or polishing.

A team of researchers tested their ZeroG parabolic flight ideas in December 2021. In 50 flights, the team was able to experience 15 to 20 seconds of microgravity – long enough to form liquid lenses and analyze data.

Synthetic oil was pumped into the circular frame (about the size of a dollar coin) during the flight, filling the gap until the desired shape was achieved. The oils are similar to automotive oil, with different viscosities – or goopiness – for testing out the most effective.

The liquid lens was created within a few seconds — until gravity kicked in and the oils oozed out when the plane lifted upwards again, explained Bercovici.

“Our experiment on the space station will add a step to cure the fluids, so they keep their shape.”

By taking ultra-fast and precise measurements with a laser, scientists were able to capture the precise moment when liquid takes shape.

As the team prepares for their experiment aboard the orbiting laboratory, they eagerly await the results of the first round of parabolic flights.

The lenses will then be returned to Earth for analysis by researchers at Ames.

A FLUTE scientist at Goddard and expert in atomic layer deposition technology that could be used to produce ultra-precise telescope mirrors in space, Vivek Dwivedi, said he expects this approach to create perfectly shaped and smooth surfaces, the best surfaces to turn into mirrors.

“If our station experiment is successful, it will be the first time an optical component is made in space,” said Balaban. “It feels a bit like making history.”