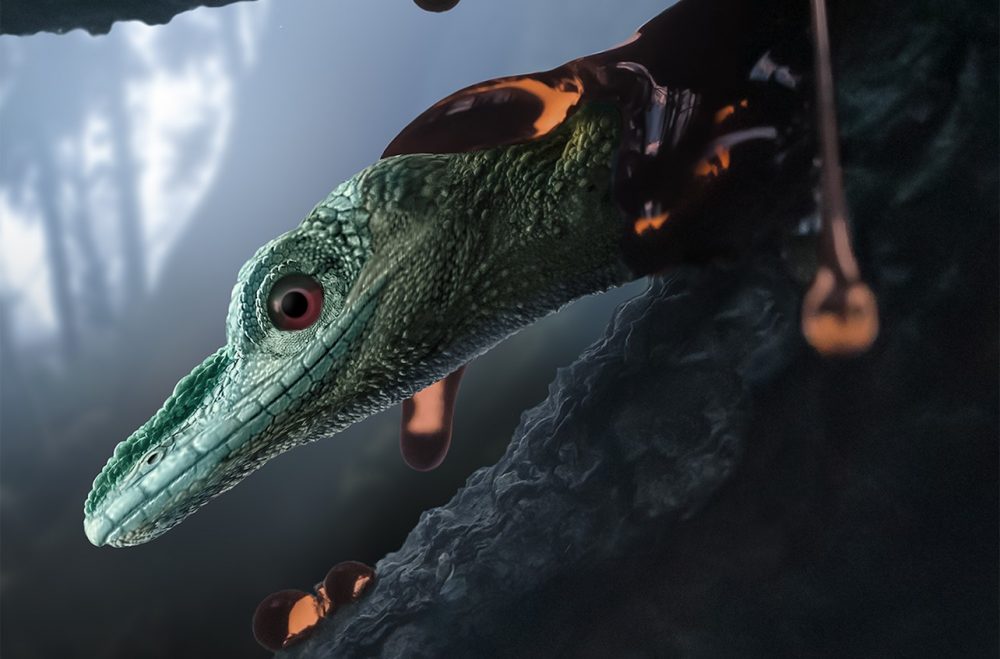 Scientists initially believed that they had found new hummingbird-sized dinosaur species. As it turned out, the animals found in Burmese amber were reptiles.

Paleontologists have conclusively established that Oculudentavis khaungraae, a tiny “dinosaur” found in Burmese amber, was in fact a new unusual lizard species. In another sample of amber, scientists found a similar animal, which turned out to be a representative of the second species of this genus. A detailed study of the find confirmed that both Oculudentavis belong to the group of scaly-skinned reptiles.

Burmese amber is a treasure trove for paleontologists. It contains the remains of many species of invertebrates and small vertebrates that have lived about 99 million years ago. In recent months alone, experts have described an ancient pollinator beetle, a spiny caterpillar, and newborn snails from amber found in Myanmar.

In the spring of 2020, employees of the Institute of Vertebrate Paleontology and Paleoanthropology of the Chinese Academy of Sciences, led by Jingmai O’Connor, announced an unusual find in an article for the journal Nature. In a sample of Burmese amber, they found a skull that they believed belonged to a hummingbird-sized dinosaur close to birds. They believed it was the smallest dinosaur ever discovered.

The species was named Oculudentavis khaungraae. However, experts soon had many unpleasant questions about this discovery. Some paleontologists have noted that judging by several anatomical features, the oculudentavis was not a dinosaur or an ancient bird, but just a lizard.

Following the discussion, the authors decided to withdraw their original publication. However, the story of the oculudentavis did not end there. A team of paleontologists led by Juan D. Daza from Sam Houston State University decided to learn more about the relationship of this creature.

A second specimen in Burmese amber prove them wrong

The researchers focused on another specimen of Burmese amber, which contained an undescribed animal very similar to O. khaungraae. It survived better than the previous find: in addition to the skull, part of the spine, fragments of the humerus, scales, and soft tissues have survived to this day.

Analysis of the new specimen confirmed that it does indeed have a lot in common with the holotype of O. khaungraae, such as large eyes and an elongated, toothed snout like a beak.

At the same time, the skull described by Daza and his colleagues is smaller than the other one (its length is 14.2 millimeters versus 17.3 millimeters) and does not look so much like a bird’s. The researchers found other differences between the skulls, which mainly relate to the size and shape of the individual bones.

According to the authors, the animal from the amber specimen they studied belongs to the genus Oculudentavis but differs sufficiently from O. khaungraae to be distinguished as a separate species. It got the name O. naga – in honor of the naga, a group of peoples that inhabits the places where Burmese amber is mined.

The discovery of the second oculudentavis allowed Daze and his colleagues to clarify the systematic position of this genus. By comparing the traits of both specimens with those of other reptiles, the researchers concluded that Oculudentavis does indeed belong to the scaly reptiles ( Squamata ), which include lizards and snakes.

True, it is not yet clear to which particular group of scaly reptiles that this genus is closest – the oculudentavis had very unusual structural features and differed from all lizards known to science, both extinct and modern.

Thus, the idea that the oculudentavis was a bird or a dinosaur close to birds was finally refuted. According to the authors, only the proportions of the skulls of these reptiles resemble birds, while their structure is completely different.

At the same time, the skull of O. khaungraae probably underwent a noticeable posthumous deformation, which further enhanced its resemblance to the skull of a bird. Due to the incompleteness of both samples, it is difficult to say what kind of lifestyle the oculudentavis led. Judging by the fact that these lizards had large eyes with small pupils, they were active during the day.

However, long but weak jaws with tapered teeth indicate a specialization for hunting small insects such as flies and ants. It is also possible that the oculudentavis were arboreal – otherwise, they would not have been trapped in the resin. 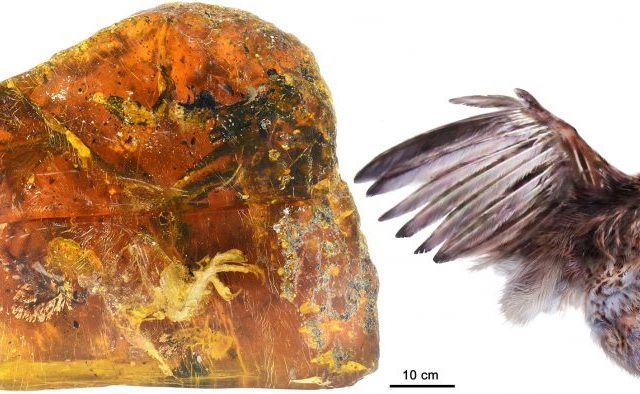