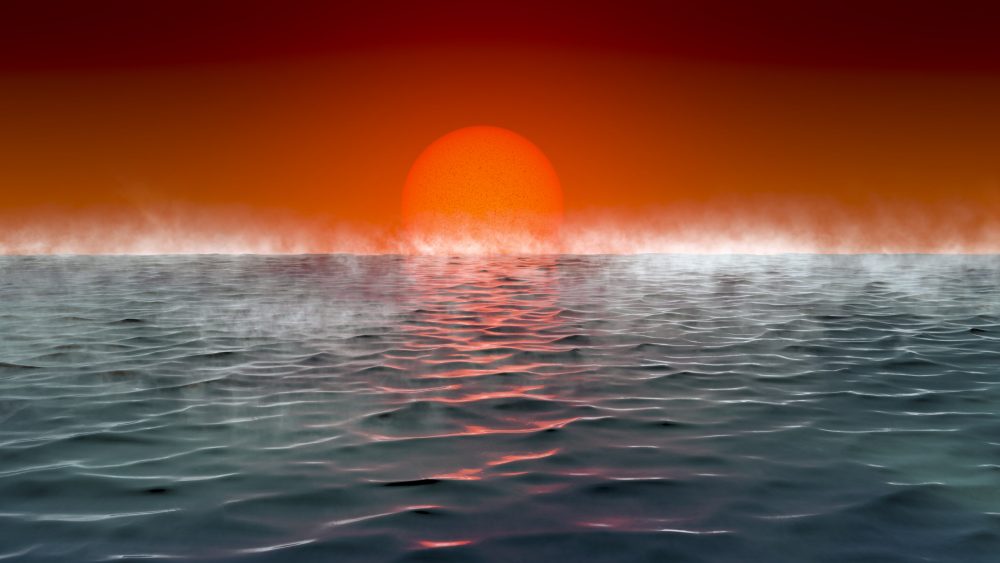 Scientists have determined the conditions under which life is possible on mini-Neptunes surrounded by a dense hydrogen atmosphere - "hydrogen oceans" - and are already preparing to observe one of them.

Earth is the only clear example of a habitable planet we know of. Therefore, in search of possible life elsewhere, scientists turn primarily to similar worlds. However, there are other options: for example, the question of the possibility of life on ocean planets is being actively discussed. Thanks to the new work of astronomers from the University of Cambridge, planets of a special type – Hycean planets, can now be classified as potentially inhabited.

Non-existent in the Solar System

There are no such worlds in the solar system. These planets could be considered as “hybrids” – something between an ocean planet and a mini-Neptune (gas dwarf). The entire surface of such a planet is covered by an ocean of liquid water, which is surrounded by a dense, hydrogen-rich atmosphere.

Therefore, astronomers call these worlds Hycean (“hydrogen oceans”) – from “hydrogen” and “ocean”. In their new article, they list suitable candidate planets not too far from Earth and describe biomarkers for possible life on them.

The work began with the study of the mini-Neptune K2-18b, which is believed to be potentially habitable. Such worlds are only several times larger than Earth (the radius of K2-18b is 2.7 Earths, the mass is 8.5 Earths) and are surrounded by a thick shell of volatiles: a hydrogen-dominated atmosphere and, possibly, a liquid ocean. It is believed that the pressure of the dense atmosphere is too great for any life to exist under it. However, the latest study showed that under certain conditions, this is quite possible.

Now they have clarified the “requirements” for inhabited mini-Neptunes. In their new article, they write that the mass of such planets should be in the range from 2.6 to 10 Earths. Then the pressure at the surface of the ocean will remain quite acceptable for life.

Distance to the star

But the distance to the star can vary widely: even at a considerable distance, the planet will be warmed by the greenhouse effect created by the hydrogen atmosphere. They even mention “dark hydrogen oceans”, which are close to their star and always face it with one hemisphere, so that life is possible only on the “night” side, hiding from powerful radiation and radiation.

According to Madhusudhan and his colleagues, under the right conditions, life can occupy a significant volume of such oceans – down to deeper depths than anywhere else on Earth. However, in such difficult conditions, including nutrient deficiencies and powerful ultraviolet radiation at the surface, organisms are unlikely to be able to go beyond relatively primitive forms.

Scientists have found 11 known candidate exoplanets for habitable “hydrogen oceans”, and K2-18b is the most promising of them.

Astronomers also list biomarkers of potential life on the “Hycean planets” – substances, the detection of which in the atmosphere is highly likely to indicate biological activity.

On Earth, these are, for example, ozone and methane. And in the atmosphere of such planets deprived of free oxygen, the role of biomarkers can be played by molecules of dimethyl sulfide and methyl chloride.

Scientists believe that the dense gas envelope of the “Hycean planets” will facilitate the search for these compounds: it is much weaker in terrestrial planets, and it is harder to examine it. Perhaps such work can be carried out by the space telescope James Webb, which is preparing for the flight. Observations of K2-18b on it are already planned.