Astronomers have reported the discovery of nine new repeating fast radio bursts (FRB) in the universe. A Fast Radio Burst is a transient radio pulse that lasts only a few milliseconds but is extremely powerful. Astronomers have so far identified many FRBs whose source is most definitely extragalactic, meaning that they originate in distant regions in outer space, outside of our galaxy.

The First such signal was found by astronomer Duncan Lorimer and his student David Narkevic in 2007 when they were analyzing archival pulsar survey data. Since 2007, astronomers have identified many other FRBs including many of which appear to be repeating in irregular patterns. One of these alien signals, dubbed FRB 180916, is different and seems to pulsate every 16.35 days.

Their exact origin has still not been identified, but astronomers consider three main candidates that may explain their existence: rapidly rotating neutron stars, black holes, or advanced alien beings. FRB 180916 appears to have originated in a medium-sized spiral galaxy (SDSS J015800.28+654253.0) located some 500 million light-years away—which is one of the closest FRB discovered to date.

Despite all we’ve learned about FRBs, we still don’t know how they are produced.

A particular enigma is that some FRBs have been observed to repeat, while others have only produced a single, detected flash. This has presented a series of unanswered questions: Does this mean that the two types of FRB, which are repeated and not repeated, are produced in two different ways? Or in two different environments? Or is there another explanation for why some repeat and others don’t?

Check this:   Astronomers Trace Enigmatic Alien Signals to Nearby Galaxy

To answer these questions, our best bet is to find enough FRBs to be able to make statistical inferences, and the CHIME telescope is helping to build a large catalog of FRB data. Now, a new study by Emmanuel Fonseca (McGill University, Canada), has identified nine new repeating fast radio bursts, bringing the total number of known repeated FRBs to 20.

The new repeating signals are described in a study published in the Astrophysical Journal Letters.

The new study finds that dispersion measures, a measure of matter through which signals travel to reach us, for repeaters have the same distribution as for non-repeaters, suggesting that the two populations originate from similar local settings and they have similar distributions in space.

Pulse widths are greater for repeating FRBs, which means that repeating FRB sources have bursts of slightly longer duration. This may point to different emission mechanisms for the two types of bursts.

“However, as previously reported, the burst widths appear statistically significantly larger than the thus far non-repeating CHIME/FRB events, further supporting the notion of inherently different emission mechanisms and/or local environments,” the researchers wrote in their study.

Check this:   New Telescopes to Search the Galaxy for Signs of Alien Life

This may suggest that FRB 121102 may have been an anomalous repeating FRB.

“The observed Faraday rotation measure (RM) for the CHIME/FRB repeater FRB 180916is considerably smaller than the one measured for FRB 121102. Moreover, FRB J1809165 has no persistent radio counterpart, while FRB 121102 is coincident with a persistent source. These facts suggest that dramatically different magnetoionic environments can contain FRB sources,” researchers explained in their study. 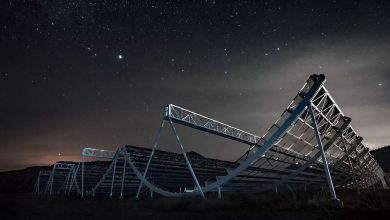 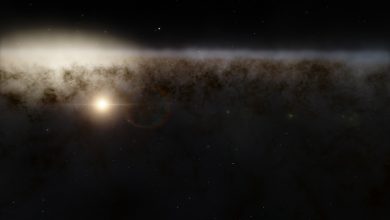