There’s an interstellar visitor called 2l/Borisov currently traveling towards our Sun, and astronomers studying say it has brought with it great among of alien water from a distant alien star system.

We don’t know it all when it comes to exploring the universe. In fact, we’ve not been able to fully explore our solar system, with new discoveries being made more frequently than ever thanks to better observational equipment.

Not long ago, an astronomer spotted a mysterious object from our solar system. Based on its trajectory and characteristics, researchers said that the enigmatic object was a visitor from a solar system beyond our own.

Dubbed 2l/Borisov, it is the second interstellar visitor that humans have spotted in our solar system, the first one being ‘Oumuamua. Unlike ‘Oumuamua which scientists have classified between an interstellar asteroid or comet, 2l/Borisov has been classified by experts as a comet.

Astronomical observations of the universe point to conclusive evidence that there is a lot of water in the confines of the universe, in distant places beyond the limits of our solar system. While we know this based on observations of distant stars, studying that water is a nearly impossible task unless of course that alien water somehow makes its way to us.

Luckily for us, our solar system seems to be very popular with interstellar visitors, and we are being visited every once in a while by objects that are not from our solar system, coming from distant star systems several light-years away.

A new analysis of our new interstellar visitor, published in the pre-print server arXiv indicates that the alien comet is actually outgassing large amounts of water vapor as it makes its way towards our sun.

This outgassing proves astronomers with unprecedented information about the comet’s composition, interior, and nucleus, as well as the different volatile elements and compounds it is ejecting. It also helps experts understand precious details about the circumstellar disc from where it came from.

In other words, the comet bears materials within it that reflect the conditions present in the formation region of their respective protosolar disc, the researchers have revealed.

“Comets have a primitive volatile composition that is thought to reflect the conditions present in their formation region in the protosolar disc. This makes studies of cometary volatiles powerful for understanding the physical and chemical processes occurring during planet formation,” the researchers explained in the new paper, which is yet to be reviewed.

“The discovery of interstellar comet 2I/Borisov provides an opportunity to sample the volatile composition of a comet that is unambiguously from outside our own Solar System, providing constraints on the physics and chemistry of other protostellar discs.”

Obtaining information from exoplanetary systems would help astronomers understand the formation of distant world, their solar system and how life, in general, is able to emerge in the universe.

When it comes to local comets from our very own solar system, we know that they are usually quite abundant in water. Astronomers believe that a great deal of Earth’s water may have been carried to the planet via comets and asteroids in the distant past.

To study 2l/Borisov, astronomers from NASA’s Goddard Space Flight Center and colleagues made spectrographic observations of the alien visitor in order to see how much water it was carrying with it. With the help of the high-resolution ARCES instrument installed on the Astrophysical Research Consortium (ARC) Telescope in New Mexico, the astronomers took two spectra with 1,800-second exposures.

Since the alien comet does not emit its own light but is lit by the Sun, the spectra break the light from the comet into its integral wavelengths.

Different elements and compounds emit and absorb different wavelengths, it allows astronomers to find the chemical composition of specific gas through which the light is filtered.

In the two spectra, the researchers found an absorption line consistent with the presence of water. Based on the strength of said line, the researchers have discovered that 2l/Borisov is spewing a similar amount of water to the comets from our solar system.

Previous observations of the comet through spectroscopic analysis revealed that 2l/Borisov also holds cyanide as well as diatomic carbon, which also happen to be two substances present in comets from our solar system.

Summa summarum, the researchers noted that based on these analyses of the comet, 2l/Borisov seems to be very similar to comets from our own solar system.

Although these discoveries are based on a model and further observations are needed to confirm the recent discoveries, all the evidence points towards the fact that the interstellar visitor is eerily similar to the comets from our own solar system, an amazing fact which tells us a lot about the universe.

It suggests that the formation of our solar system is not as unique as previously thought, and could point to the possibility that there are numerous exoplanets in the universe which are similar in composition to Earth. 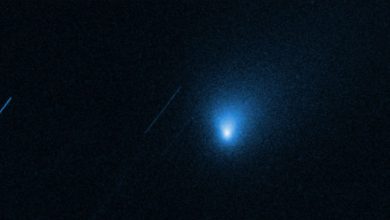