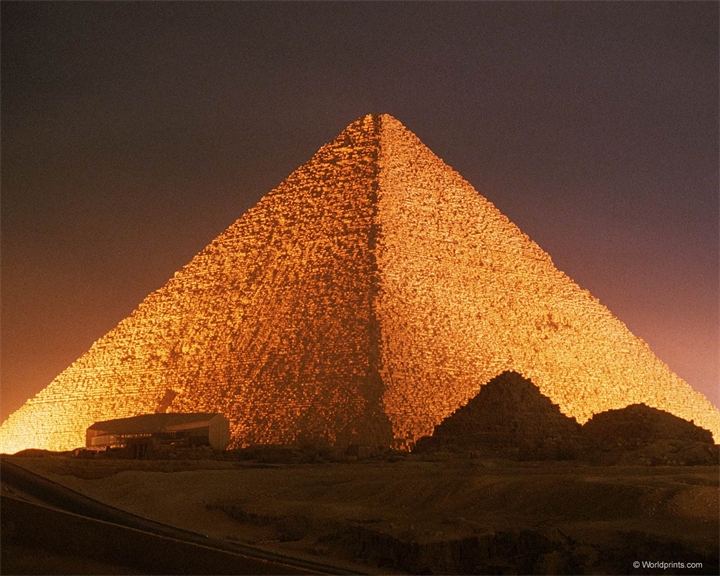 "This kind of system has never been discovered anywhere else..."

For centuries have archaeologists wondered how exactly the ancient Egyptians managed to complete one of the most amazing architectural and engineering feats of all time: the Great Pyramid of Giza.

While archaeologists generally agree that the ancient builders of the Great Pyramid used a ramp system in order to transport heavy stone blocks up the pyramid, how this system worked remained a long-standing mystery.

Now they may have discovered part of the puzzle that helps solve this 4,500-year-old enigma.

Archaeological remains and hieroglyphic inscriptions found in an alabaster quarry near the Nile Valley have allowed a team of archaeologists to discover how the ancient Egyptians transported large blocks of rock at the time of the construction of the pyramids.

Archaeologists recovered an ancient system used to haul massive stone blocks into position, in order to build the great pyramid of Giza. The transportation ramp was discovered at the site of Hatnub, an ancient quarry in the Eastern Desert of Egypt.

According to the archaeologists from the Institut français d’archéologie Orientale (French Institute for Oriental Archaeology)in Cairo and from the University of Liverpool in England working at the excavation site, the contraption would have been used by the ancient Egyptians o transport heavy alabaster stones up a steep ramp.

“This system is composed of a central ramp flanked by two staircases with numerous post holes,” Yannis Gourdon, co-director of the joint mission at Hatnub, told Live Science. “Using a sled which carried a stone block and was attached with ropes to these wooden posts, ancient Egyptians were able to pull up the alabaster blocks out of the quarry on very steep slopes of 20 percent or more.”

According to LiveScience, the ropes that were attached to the sled acted as a “force multiplier,” making it easier to pull the sled up the ramp, explained Roland Enmarch, the other co-director of the Hatnub mission.

“This kind of system has never been discovered anywhere else,” Gourdon said.

“The study of the tool marks and the presence of two [of] Khufu’s inscriptions led us to the conclusion that this system dates back at least to Khufu’s reign, the builder of the Great Pyramid in Giza,” he added.

“As this system dates back at least to Khufu’s reign, that means that during the time of Khufu, ancient Egyptians knew how to move huge blocks of stone using very steep slopes. Therefore, they could have used it for the construction [of] his pyramid,” Gourdon said.