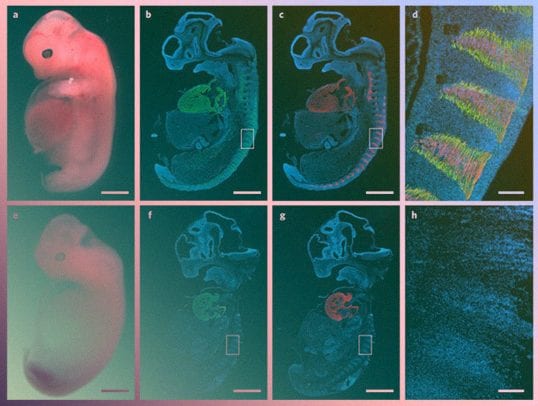 Here are the latest scientific achievements from the experiments with human chimeras. Do you think this is a positive direction for science or is it already becoming too unethical?

American biologists created chimeric human and pig embryos that can grow human muscles. They grew human-pig chimeras for up to 27 days and made sure that muscle tissue in them develops from human cells, while nerve tissue and genitals – from pig cells.

Biologists have repeatedly suggested solving the problem of the lack of donor organs with the help of animals. There may be several solutions here. You can transplant the animal’s own organ – but the human immune system does not always agree to this.

You can genetically modify an animal to make its cells look more like human cells. However, it is not yet clear how safe humanized organs are – for example, they can carry embedded viruses that are potentially infectious to humans.

Finally, the animal can be used as an incubator in which human organs will grow. To do this, it is necessary to create a chimeric embryo, in which most of the cells will belong to the animal itself but some will be human and will be able to form the necessary organ. In the new study, for example, they attempted to create a human-pig chimera. In previous attempts, scientists have tried with humans and monkeys and etc.

How can scientists succeed?

This necessary result can be achieved using the blastocyst complementation method: several human cells are injected into the pig embryo in the early stages of development. At the same time, if you take a modified pig, in which the gene responsible for the development of an organ is turned off, then it will have to grow this organ from only human cells.

This technique has already been repeatedly tested in mice, but experiments with human chimeras have so far been limited to the creation of chimeric embryos at the earliest stages. To move from them to directed organ growth, three problems need to be solved:

• 2) teach human cells to take root inside a chimera

• 3) make sure that human cells do not penetrate the genitals or the brain of the animal – because in this case, the experiments may not receive the approval of ethical committees and regulators.

Human-pig chimeras? How is it possible?

A group of researchers from the University of Minnesota led by Daniel and Mary Garry tried to solve these problems in pigs. They chose skeletal muscle as a target organ since this tissue is very difficult to obtain from a donor (after death, muscles are not transplanted, and during life, they are not easy to remove).

Then these chimeric embryos were planted in the uterus of pigs, and chimeric animals were born. Their muscles were completely donor (fluorescent green), but the chimera piglets moved and behaved just like normal animals.

After that, the researchers moved on to creating human-pig chimeras. But they suspected that a single human cell might not be enough to form muscle in a pig’s body. Therefore, they decided to remove from human cells some gene that could prevent them from taking root in the embryo of a pig.

To do this, they compared gene expression in early porcine and human embryos and found 257 differences in the work of genes associated with division and apoptosis. Of these, the researchers selected the TP53 gene, which encodes the p53 protein – the main “engine” of apoptosis – and removed it using CRISPR / Cas9, and also supplied the cells with a green fluorescent protein.

Finally, the authors of the work introduced modified human embryonic cells into the embryos of modified pigs. Such cells did indeed take root and divide better than ordinary cells (p <0.0001). Chimeric embryos were planted in the uterus of pigs and raised to 20 or 27 days of development. Outwardly, they looked completely normal.

After that, the researchers measured the content of human cells inside the embryos: it ranged from one in a thousand to one in a hundred thousand pig cells. At the same time, 99.2 percent of the muscle cells (judging by the expression of the MYOD marker ) that were found inside the pig embryos glowed green, that is, the muscles inside the chimera turned out to be completely human.

In addition, the researchers were interested in whether human cells were integrated into other organs of pigs. However, they did not find traces of human cells either in the heart muscle or in the nervous tissue (they obtained similar results for chimeras from two species of pigs).

Thus, the authors of the work managed to obtain a humanized tissue inside a chimeric embryo. However, additional efforts will be required to bring this method to practical application. First, ethical restrictions on experiments in many countries do not allow growing embryos with human nervous tissue for longer than 14 days (more on this in our text “14 days later” ).

And although in this particular experiment no human cells were found in the brain of developing embryos, researchers have yet to confirm this repeatedly – and at the same time, find out why this happens and how to predict it.

Secondly, hardly anyone will allow transplanting cells into people without the TP53 gene, one of the main defenders against tumor transformation. In this particular experiment, deleting this gene served only as proof that genetic modification could help cells survive inside the embryo of a human-pig chimera. However, for practical application, it may be necessary to find some other candidates for deletion. 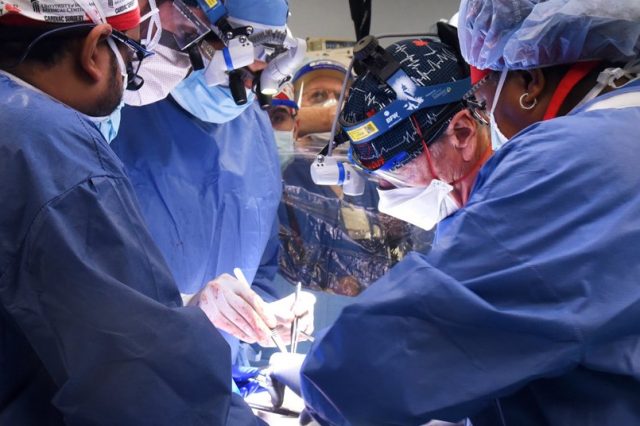 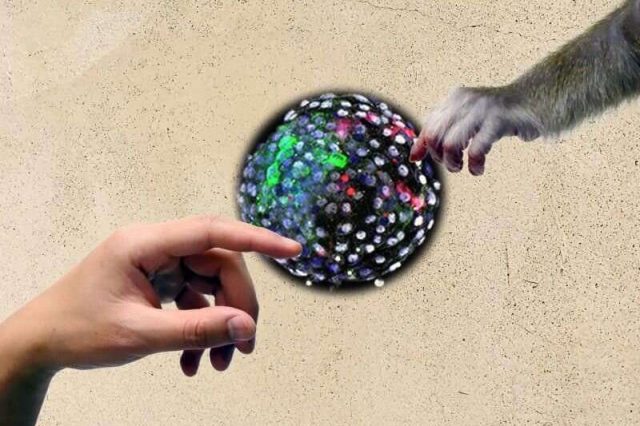 Worrying; Human-Monkey Chimeras Are Being Created In China