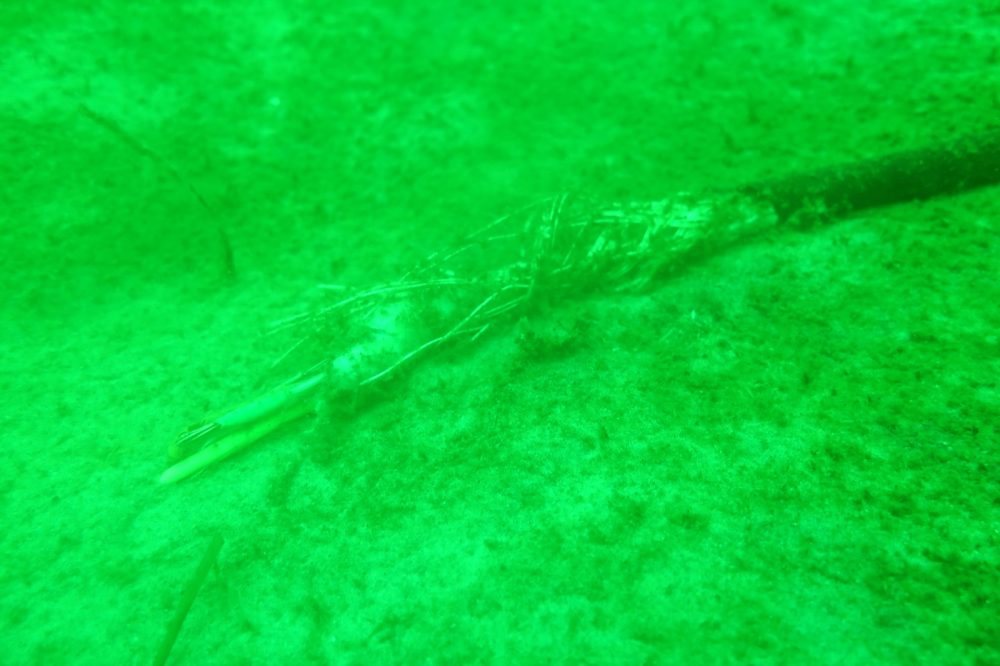 A large underwater observatory has disappeared without a trace in the Baltic sea, leaving scientists baffled. Experts say the "station was removed with great force." The only thing that remains is a badly-damaged fiber optics cable that was attached to the monitoring station.

A monitoring station used by experts to gather important scientific data has mysteriously vanished without a trace from the bottom of the Baltic Sea.

The underwater station, operating on the ocean floor since December 2016 is managed by GEOMAR Helmholtz Centre for Ocean Research Kiel and the Helmholtz Centre Geesthacht (HZG). For three years it had been operating without any issues. Then, on August 21, transmission from the state-of-the-art monitoring station suddenly came to a halt.

To understand what had happened, a group of divers was sent out to the site. To their surprise and astonishment, once there, they saw that the entire structure had vanished, with only a shredded transmission cable present on the location where the station was once located.

“[At] first we thought of a transmission error,” Hermann Bange, project coordinator for the Boknis Eck Observatory, said in the GEOMAR statement. This advised a diving mission to the site, exposing the disappearance.

“The devices were gone, the divers could not find them anymore,” he said.

“When the divers reached the bottom of the sea last week at the observatory’s location, they found only the torn off land cable. It was completely shredded,” Bange added.

Although the disappearance of the station without a trace is alarming and surprising, the mystery deepens.

According to the BBC, the underwater observatory was located inside a restricted area off the northern coast of Germany. There, boats, including fishing vessels are not allowed to transit. The Boknis Eck Observatory was located at Eckernförde Bay, just north of Kiel in Germany and south of the Danish border. The observatory was positioned less than 2 kilometers from the shore at a depth of 22 meters, the BBC reports.

Although experts have no idea how and what caused the station to disappear without a trace, the researchers argue that the most plausible explanation is that somebody, or perhaps a group of individuals removed the observatory from the site.

And although experts believe someone sabotaged the station, other factors may have played a role in its disappearance. Scientists say that a massive storm, heavy currents or even marine animals may have been responsible for the station’s disappearance.

Despite this, who or what removed the station from its place, and it disappeared remains a complete mystery.

To get to the bottom of the enigma, the reman police is currently investigating the disappearance, according to a statement from GEOMAR.

The underwater station was placed at the bottom of the seafloor in order to collect data about salinity, water temperature, nutrients, and concentrations of chlorophyll and methane.

This data was then used by scientists to evaluate the ecosystem around the southwestern Baltic Sea.

This data can help scientists also detect possible problems before they happen, in order to take the required countermeasures.

Collecting such data is nothing new. In fact, scientists have been doing so since at least the 1950s.

The monitoring station was also used by the COSYNA network (Coastal Observing System for Northern and Arctic Seas) of the HZG.

The data gathered by the underwater station has been described as “downright priceless.” Both GEOMAR and HZA have conducted their own search for the monitoring station but have so far come up with nothing. They are now pleading to the general public to come forward, asking anyone who knows something about the missing station to get in touch.

According to the statement by GEOMAR, both frames were “removed with great force from their assigned positions.”

Whether a marine animal was capable of removing both racks remains a mystery.

Strangely, the disappearance of the monitoring station is reminiscent of sunken ships that have likewise begin “vanishing” from the ocean floor. Although in the case of the ship’s disappearance experts say that looters may be reasonable, they are not sure what looter would do with a “bunch of scientific instruments.”

The Sad Story Behind the Belongings of the Victims Of Auschwitz