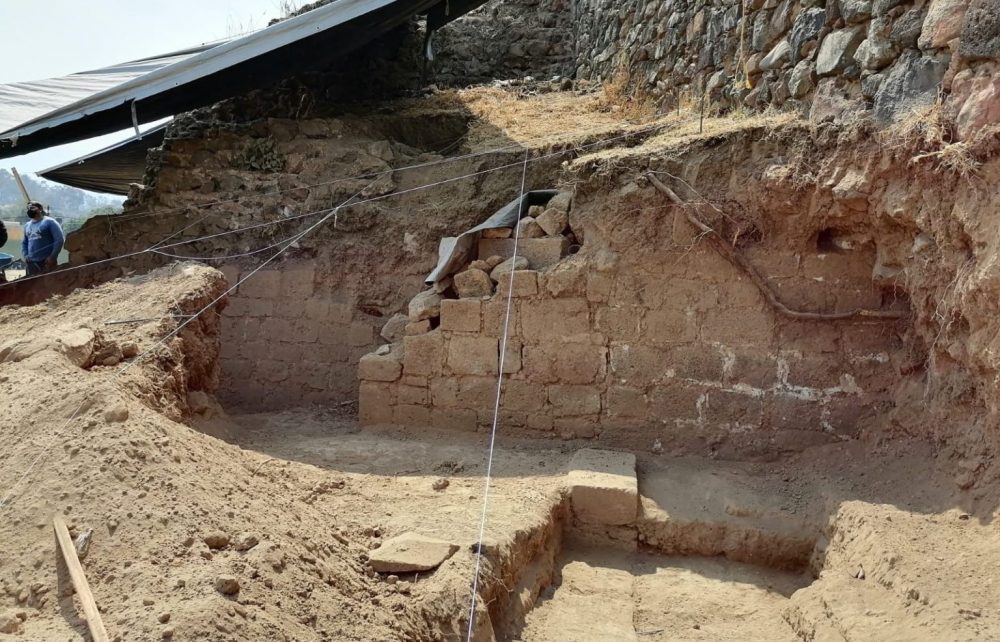 The base of the pyramid was originally approximately 35 meters by 45 meters but it was expanded after the Aztecs conquered the region.

Archaeologists conducting research and conservation work in the ancient settlement of Tlacochcalco have discovered a previously unknown Aztec pyramidal structure. The announcement of the discovery was published on the official website of the National Institute of Anthropology and History of Mexico (INAH). The ruins of the city of Tlacochcalco are located on the territory of the modern Mexican city of Tlalmanalco.

1. The discovery was made during construction work. A previously unknown ancient pyramidal structure was hidden under a mound.

2. This architectural object has a pyramidal base measuring 12 by 18 meters. Its height is nine meters, the object consists of three levels.

3. In antiquity, the size of the structure was probably much larger. As explained by Herve Victor Monterrosa Desruelles of INAH, the surviving structure is only a third of its original size.

4. According to experts, the base of the pyramid was originally approximately 35 meters by 45 meters. Probably, the structure was destroyed over the past few centuries, when large-scale construction work was actively carried out in the city.

5. It is assumed that the pyramidal structure was built in two stages over more than 100 years.

6. The foundations were laid sometime between 1350 and 1465 AD during the time of the Chālco altépetl before the Aztecs officially conquered them.

8. The second phase of construction of the found object probably began around 1465 and continued until the arrival of the Spaniards. It was at the second stage, according to experts, that the foundation of the structure was significantly expanded.

9. Ricardo Rojas draws attention to the fact that at this stage the quality of work has deteriorated sharply. The technique from this period is much cruder.

10. The functional purpose of the found pyramidal structure so far can only be guessed at. Scientists believe that it could have been a cult site, a palace, or the home of some member of the local elite. The latter is indirectly indicated by numerous fragments of ceramics discovered during excavations.

Tlalmanalco is lesser-known compared to other important ancient cities in modern-day Mexico. According to researchers, it was here that Hernan Cortes negotiated his alliance with locals that helped him conquer Tenochtitlan. After all, according to the written history of the Spanish conquests, they had a lot of help from cultures that were enemies of the Aztecs.

It is also a fact that Tlacochcalco, where the Aztec pyramidal structure was just discovered, was the main socio-political center of the Chalco confederation, which included Tlalmanalco, Amaquemecan, Chimalhuacan, and Tenanco.

All of these states were conquered in 1465 AD by the Aztecs during the reign of Montezuma and remained subordinate to them until the arrival of the Spaniards.