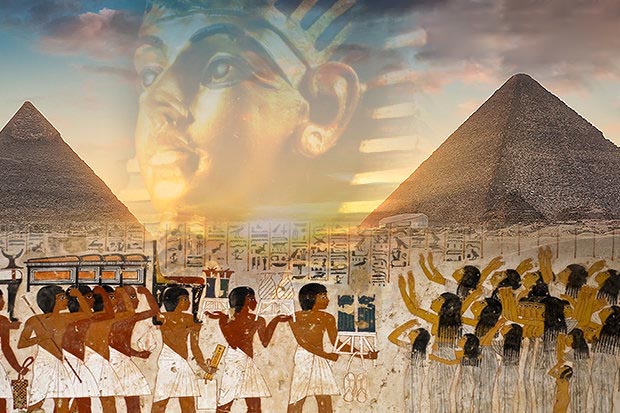 A lot can be said about the Great Pyramid of Giza.

As one of the seven ancient wonders of the world, the great pyramid is perhaps the most stunning of all ancient structures discovered to date on Earth.

It is unique not only because of its immense size but due to its incredible history and mysteries that surround it.

Mainstream scholars believe the Great Pyramid of Giza was erected in a twenty-year construction phase, concluding in 2,560BC.

It is believed that the Pyramid was built as a tomb, even though no evidence has ever been found to support these claims.

However, despite many claiming that the pyramid was built to serve as the eternal resting place for the pharaoh, never have experts actually found evidence to support this theory.

Despite this, a number of historians claim the pyramid is a tomb.

Now, an amateur historian believes he has found evidence to support the idea there is a massive secret chamber hidden inside the pyramid, where the Pharaoh’s body is preserved.

Mr. Matt Sibson argues that he made a discovery after studying the brickwork of the ancient pyramid and reading a paper that details the geology of the stones.

Mr. Sibson suggests that triangle mars on the pyramid as a clue that may lead to a never-before-seen chamber within the Great Pyramid.

“On the west side it is the most prominent and it looks out of place – so I think it is hiding another entrance to the pyramid,” he said, reports the Sun.

“So maybe they made a tomb and took away the staircase at a later date. So if there is another entrance, then he could be buried in there somewhere.”

“Maybe there is a second set of chambers that could lead to the body of Khufu.”
The Great Pyramid of Giza is thought to have been completed in a period of twenty years, using a workforce of more than 100,000 people.
Historians estimate that up to 2.3 million stone blocks were transported to the pyramid from a number of different quarries, some of which were located more than 500 miles away.
Earlier this year, scientists discovered that the Great Pyramid of Giza has the ability to produce energy in its inner rooms, concentrating it at its base.
Furthermore, a recently found ramp offers unprecedented details how the ancient Egyptians traported the massive stone blocks to build the pyramids.
advertisement