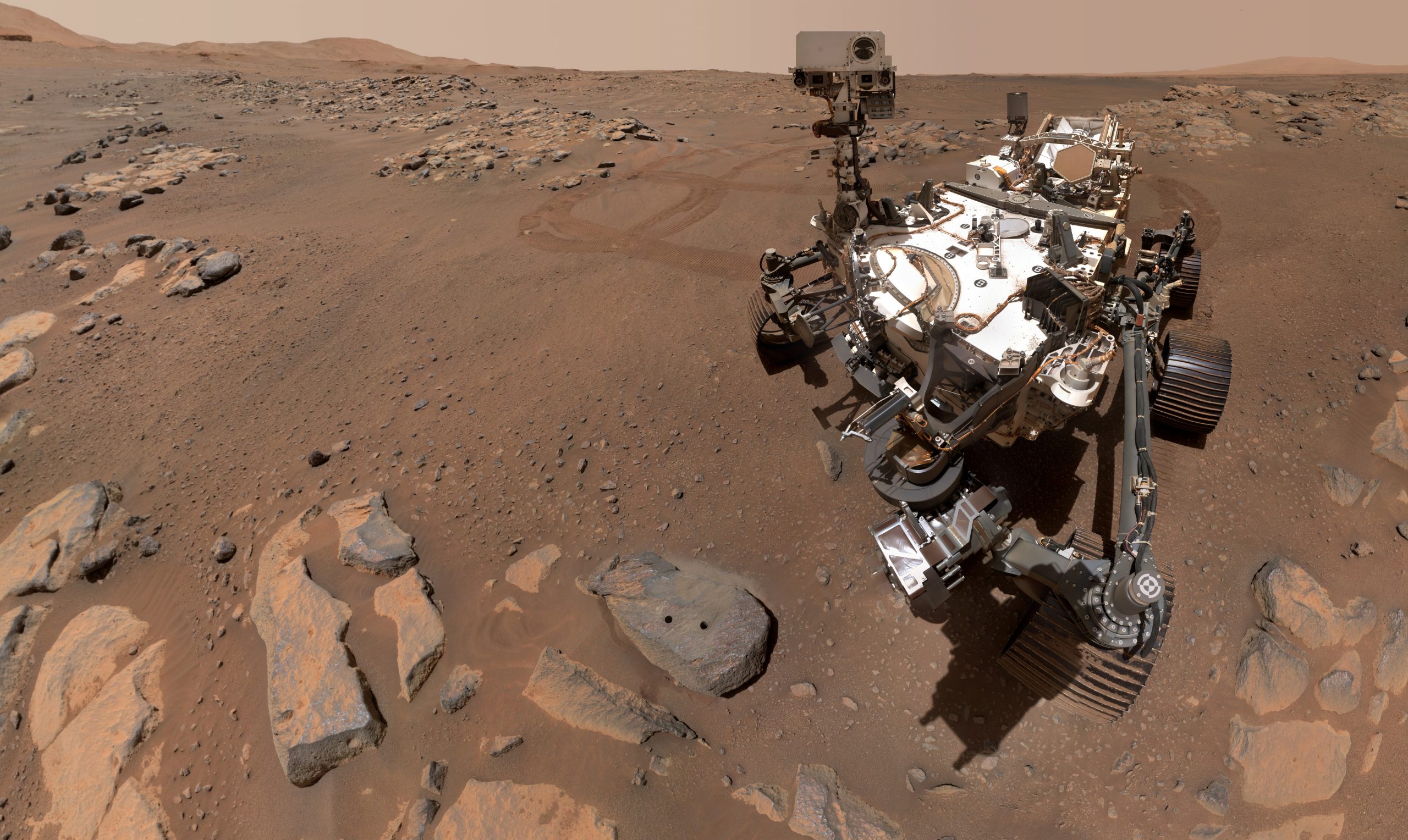 Perseverance will ultimately send back samples from Mars to Earth that will allow us to detect any potential ancient signs of life, so scientists need to pick rocks that are likely to preserve complex organic molecules -- fine-grained rocks.

The Perseverance rover, NASA’s latest, state-of-the-art rover on Mars, continues its journey on the surface of the red planet. Its mission is divided into four distinct goals: determining whether life existed — or still exists — on Mars, obtaining a better understanding of the climate on Mars, better understanding the geology of Mars, and preparing for human exploration of the planet.

The gigantic rover, with a weight of 2,260 pounds (1,025 kilograms), has been exploring an ancient delta in Mars’ Jezero Crater. There, it has uncovered rocks that appear to be fine-grained, which are the most suitable choice for preserving traces of ancient life on Mars.

Jezero, a lake that once was

The Jezero crater is about 45 km (28.0 mi) in diameter and was once believed to have been flooded with water when Mars was covered by a thicker atmosphere that protected its surface.

Located within the crater is a rich fan-delta deposit. There was a lake in the crater when the valley network on Mars formed. Besides showing a delta, the crater also displays point bars and inverted channels. Having analyzed the delta and channels, it was concluded that the lake inside the crater most likely formed during a period that was characterized by continuous surface runoff.

In preparation for a future mission to bring samples to Earth for detailed analysis, the robotic explorer is seeking sites from which to collect samples for packaging and storage.

In the mission blog, Lydia Kivrak, a University of Florida student working with Perseverance rover researchers, describes how this class of rocks can preserve organic molecules and how they are found near Hogwallow Flats.

As a biosignature, however, it could be detected if there is a large or complex organic molecule or if specific patterns of organic molecules are detected. For example, as a result of radiation from the sun and reactions with rocks and the atmosphere, large, complex molecules end up breaking down into smaller ones over time.

The presence of life in Jezero Crater 3-4 billion years ago would have left almost no evidence of its existence, as most of the organic molecules created would have been destroyed since then.

We will need to sample rocks with the highest chances of preserving complex organic molecules: fine-grained rocks to detect evidence of life in the samples that Perseverance will eventually send. The reason is that fine-grained rocks have a high proportion of clay minerals compared to rocks with lots of sand, gravel, or pebbles.

Charged surfaces in clay minerals can bind organic molecules, similar to how oppositely charged magnets bind together. These complex organic molecules are protected from damage in the harsh Martian environment since they are attached to clay minerals. They are also preserved much longer than they otherwise would.

Perseverance will be assigned to explore several more sites on the delta front before deciding where to sample.

According to NASA-funded research, Mars used to be wetter 500 million years ago than previously thought, giving life a more extended period to develop. A new simulation has found that Mars could have been both cold and wet and that a stable ocean might have even been present in the northern hemisphere, where the atmosphere was dense and warm.