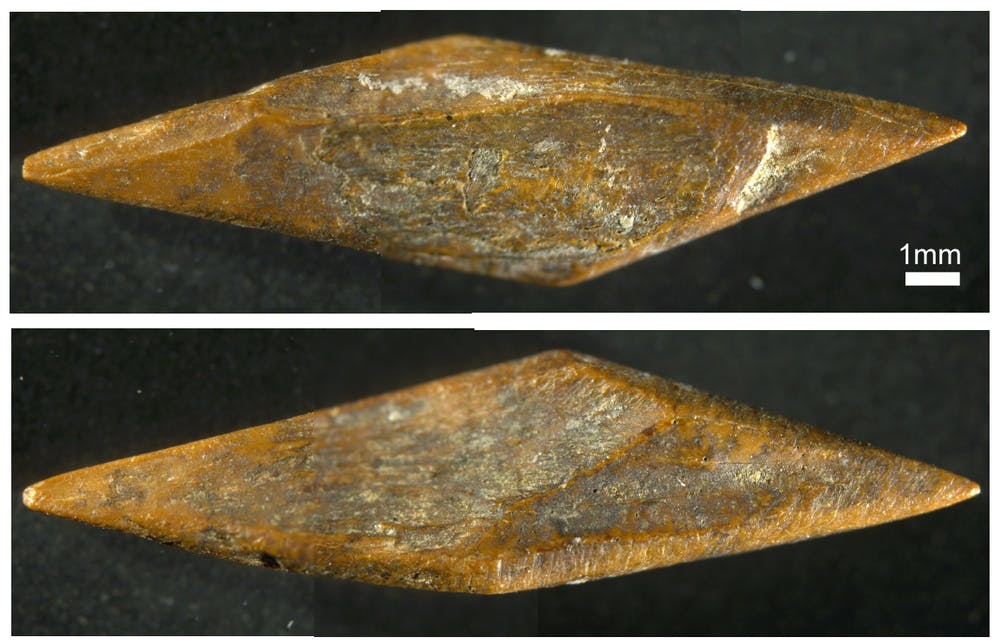 The oldest evidence of the use of the bow and arrow outside of Africa has been discovered in Sri Lanka. The artifacts date back around 48,000 years ago.

Scientists have confirmed the discovery of the oldest arrowheads discovered outside of Africa in the rainforests of Sri Lanka in South Asia, verifying that an ancient people hunted with bows and arrow in the region around 48,000 years ago.

The arrowheads were discovered after a series of archeological excavations deep within the rainforests of Sri Lanka revealed the weapons used by ancient people in the region, confirming the earliest evidence of arrow and bone hunting outside of Africa.

The arrowheads made of bone, as well as numerous other tools made of stone, bones, and teeth, were discovered at the so-called Fa-Hien Lena cave, in the heart of Sri Lanka’s rainforest.

Radiocarbon dating revealed the bone out of which the arrowheads were made dates back around 48,000 years.

Among the bone arrowheads, the archaeologists also discovered other tools that shed light on how people in the region lived 48,000 years ago.

Experts discovered incredibly well-preserved knives and awls that were crafted from the bones and teeth of smaller animals that they hunted, like monkeys or deer.

One of the most unusual items uncovered by experts was an artifact that carefully spaced notches placed on each side. It seems to be a kind of shuttle for crafting nets or woven fibers.

This device would have allowed the ancient inhabitants of the region to make nets that enabled them to bring fish out of rivers or hunt other pray that otherwise would have been too difficult.

But the discovery of the arrowheads is of great importance.

First of all, the invention of the bow and arrow revolution not only hunting but also how wars were waged.

For an ancient society that lived around 48,000 years ago, the use of the bow and arrow allowed for the hunt of much larger prey and at greater distances.

The invention and use of the bow and arrow revolutionized the life of hunters and allowed people to gather much more food, which in turn aided in the development of society.

But not only did the invention of the bow and arrow allow for a much more successful hunt, but it also permitted hunters to go after much more dangerous prey since they no longer had to get too close for comfort to an animal that could attack them back.

Although the bow and arrow are one of the most revolutionary discoveries in the history of early people, its exact origins are shrouded in mystery.

This is why the discovery of bone arrowheads in Sri Lanka is of such importance.

In Africa, the oldest bow and arrow discovered to date can be traced back to the Sibudu cave in South Africa, where archaeologists unearthed small stone points that date back to around 64,000 years ago.

The story of bow and arrows outside of Africa is much more obscure.

Take, for example, Europe. The oldest previously discovered pieces were recovered from Germany, and date back to around 18,000 years.

Since most bow and arrows were made of wood which doesn’t really survive for many thousands of years, archaeologists have little material to work with, in order to fully understand the context behind bows and arrows and their origin. That’s precisely why the arrowheads uncovered in Sri Lanka are so important.

For one, they tell us that the technology was around in the region for far longer than we’ve previously imagined, and it also tells us that the arrowheads made out of bone were fixed to a small shaft and were then shot at the prey at high speed.

The bones discovered at the site tell us that the ancient people mostly hunted monkeys and large squirrels.