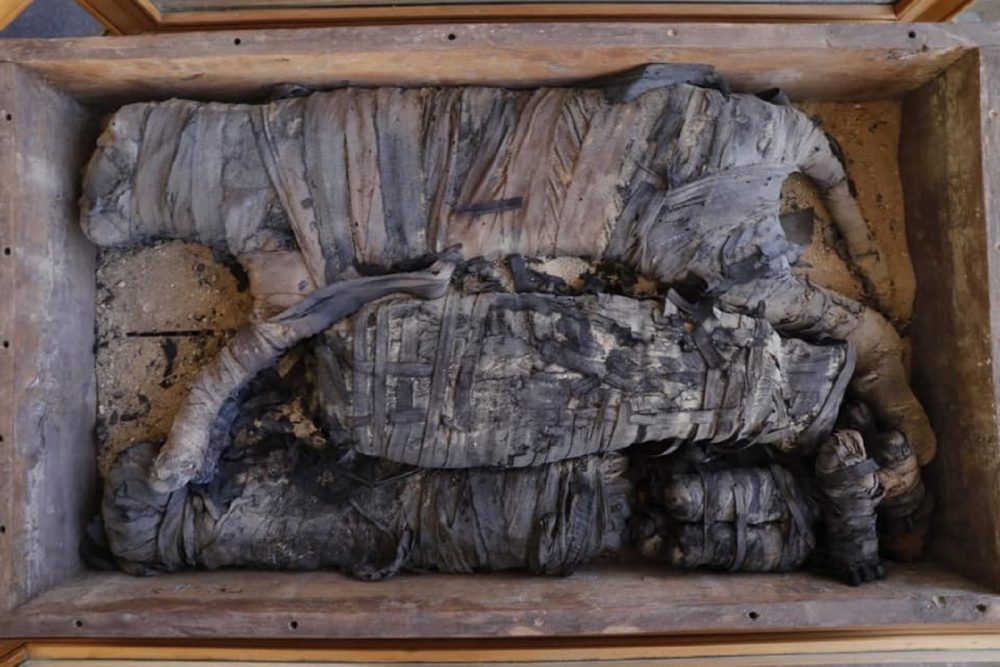 Archeologists are successfully revealed some of the many mysteries that have remained buried at the royal Necropolis of Saqqara for thousands of years.

The ancient necropolis of Saqqara is one of the most important sites in the history of ancient Egypt. Not only because it is home to the famous Step Pyramid of Djoser; ancient Egypt’s first pyramid, but because it is where a number of historical mysteries have remained buried since time immemorial.

Saqqara also happens to be the home place of the famous Serapeum located northwest of Djoser’s Pyramid. Thought to have been intended as the burial place of the sacred Apis bulls; considered incarnations of the ancient Egyptian god Ptah, the site has fueled a lot of debate because of the supermassive sarcophagi inside it.

The Serapeum features massive granite boxes, thought to have been used as a kind of sarcophagi for the burials of the bulls, however these were found empty.

Their size is mesmerizing, some of the boxes at the Serapeum weight more than 70 tons each.

Not long ago we reported how an archaeological mission at Saqqara came across strange mummified remains of an unidentified animal. Now it seems that the discovery of the strange creature was only part of a much greater find.

The Egyptian Ministry of Antiquities has recently clarified that the discovery was part of a much greater find, offering new details of the archeological excavation.

Dr. Khaled Al-Anani, Egyptian Antiquities Minister presented on November 23 some of the archaeological remnants discovered during this year’s excavation season at the ancient necropolis of Saqqara, located around 30 kilometers from Cairo.

According to a statement published by the Ministry of Antiquities on its Facebook page, the objects revealed at Saqqara date from the seventh century BC when the country entered the so-called Late Period, which lasted until the conquest of the Nile Valley by Alexander the Great.

Among the numerous discoveries presented by experts, the most important is that of large mummified lions. Preliminary x-ray scans have revealed these are likely to be accompanied by lion cubs ranging from six to eight months of age. According to Mr. Anani, this is the first time archaeologists have discovered the mummified remains of lion cubs in Egypt.

Among other objects unearthed are also 75 statues of cats of different sizes and shapes, some of which were made out of wood and bronze. Apart from the felines, the archaeologists also recovered the figurines of other animals, such as crocodiles, bulls and different birds.

Archeologists also presented the discovery of dozens of anthropomorphic statues: 73 pieces are believed to represent Osiris (the lord of the underworld), 6 are from Ptah-Sokar (the patron god of Saqqara) and 11 from Sekhmet (the goddess of power and war).

Some of these boxes are thought to have been used as sarcophagi for cat mummies.

The Egyptian Ministry of Antiquities revealed that, although this is a massive discovery, it is only one part of a larger find which will be revealed to the general public in the coming weeks.