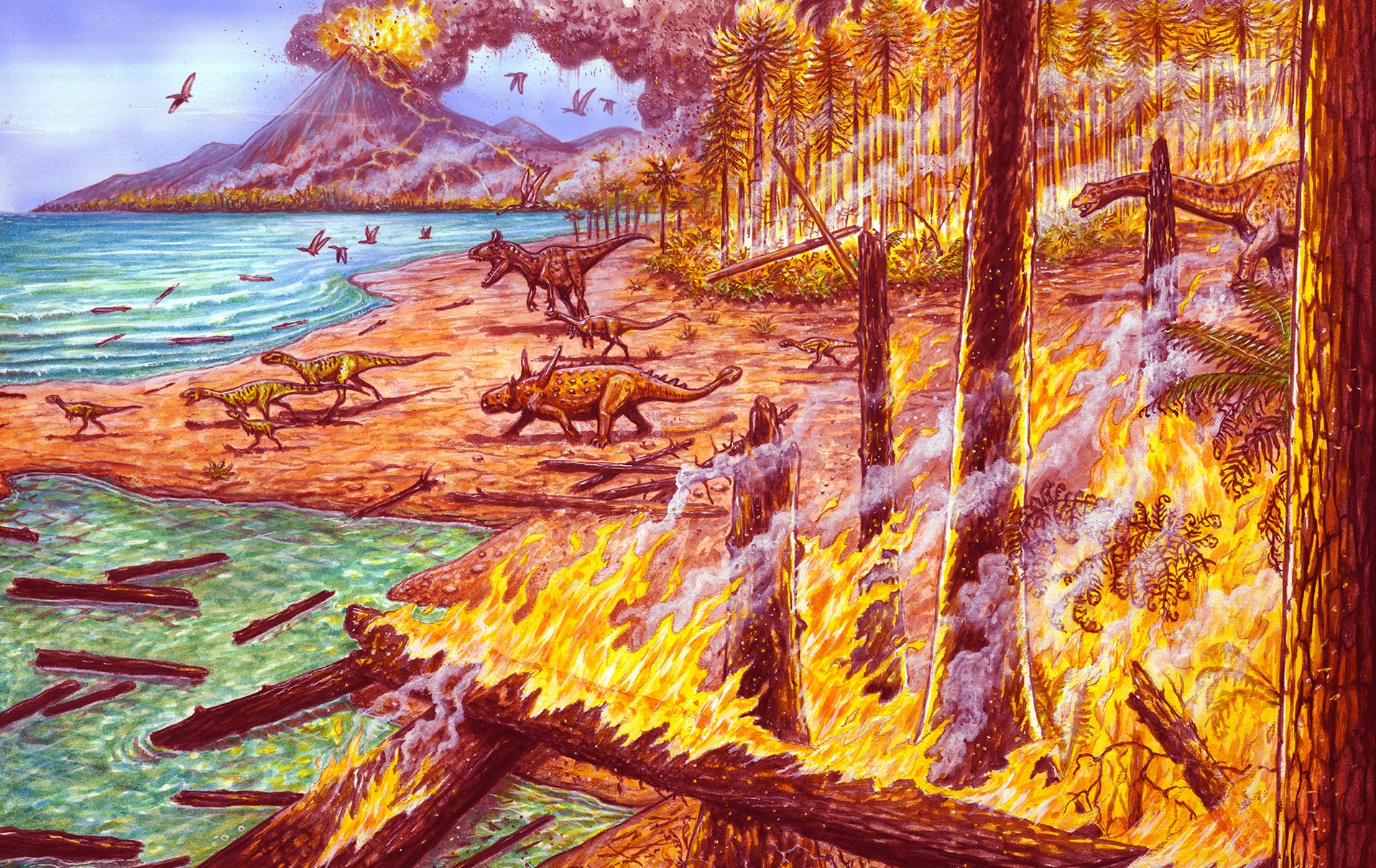 Antarctica was once home to dinosaurs and forests of countless plant species. The endless ice we nowadays know was a thriving eco-system during the late Cretaceous period (100-66 million years ago) much like all other continents of the world today. Except for the fact that there were dinosaurs. In a recent study, scientists have found new evidence of wildfires in Antarctica that raged during one of the warmest periods of Earth’s history.

Wildfires in Antarctica – why did the continent burn?

Scientists have previously found other traces of wildfires in Antarctica and have several theories about what caused them. Once the Gondwana supercontinent disintegrated, Antarctica began to “isolate itself” from all other massive lands. Even so, life was thriving on the new ice-free continent and we have to say that fire was a lot more common back then.

When speaking about dozens of millions of years ago, the oxygen levels on Earth were significantly higher. This means that any source of ignition like volcanic activity, for instance, would have had a much more devastating effect than nowadays. And there were plenty of causes this far back in time, including in Antarctica.

Due to the tectonic processes that caused and followed the disintegration of supercontinents, Antarctica’s wildlife had to endure intense volcanic activity. Scientists have found enough evidence of ash fallout in previous fossil discoveries.

An international team of paleobiologists studied fossils collected from Antarctica’s James Ross Island in 2015-2016. If you look at the global map, the island is located right under Argentina and next to the Antarctic Peninsula.

What did scientists discover?

In the fossil samples, scientists found prehistoric charcoal residue with fragments sized between 19 and 38 millimeters. Fortunately, modern scientists have access to the latest microscope technologies which helped identify even the smallest samples – burnt gymnosperms.

A few years back, paleobiologists discovered other traces of wildfires in Antarctica in charred wood remains. Again, scientists found that those were the remains of conifers, exactly like the species discovered in the recent study. It appears that intense wildfires were far more common in the Cretaceous period than previously thought.

The sources of ignition were different

We mentioned one of the possible sources of ignition above – volcanic activity. However, scientists believe that the fires on James Ross Island were caused by something different than the ones on the Antarctic Peninsula. In other words, the traces of fire found in 2015 are different from the ones discovered recently.