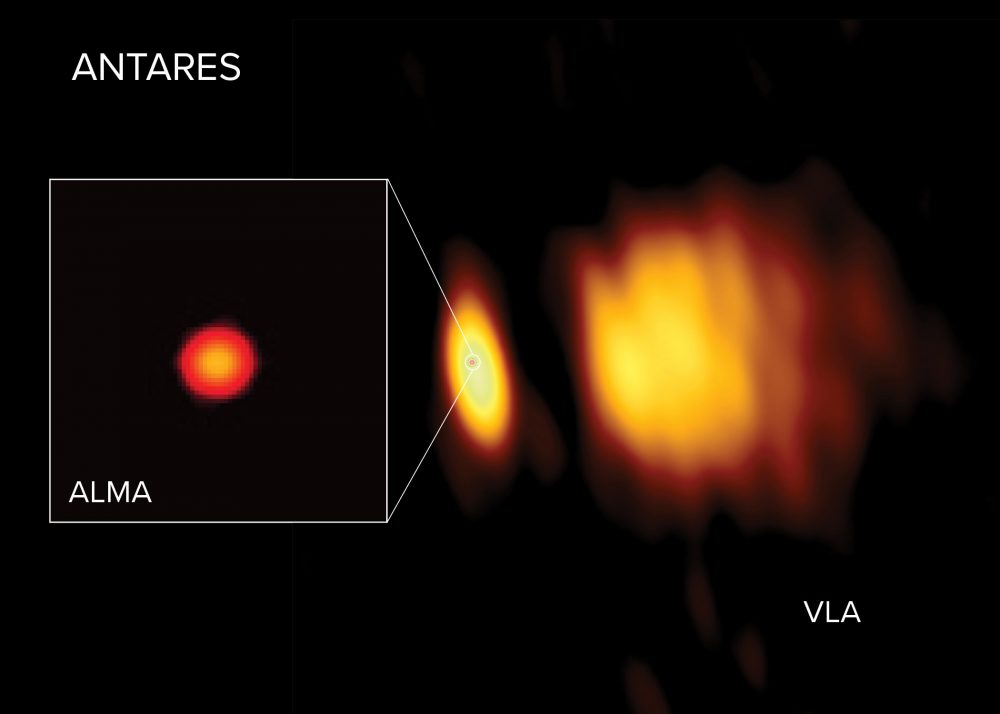 A new radio map of Antares has shown that the red supergiant is far bigger than we had initially assumed. Antares is so big that if it were located in our solar system, it would reach somewhere between the orbit of the red planet and Jupiter.

A new cosmic map has shown that the fifteenth brightest star in the sky, the supergiant Antares, is much bigger than initially thought. Previously, scientists assumed that Antares could fit around 700 stars like our Sun, but new measurements and maps have revealed the supergiant is far bigger than we had initially assumed.

With the help of the ALMA telescope in Chile and the VLA Karl G. Jansky observatory in New Mexico, an international team of astronomers has created the most accurate radio map of the colossal atmosphere of Antares, revealed surprising, never-before-seen features.

In fact, it is the most detailed radio map ever created for any star other than the Sun.

While in visible light, the diameter of the red supergiant is 700 times larger than that of the Sun, its atmosphere expands much farther out. Using the newly-created radio map, the team found that the chromosphere – the gas layer that creates a star’s atmosphere along with its corona – of Antares extends 2.5 times the star’s radius. In comparison, our Sun’s chromosphere only extends 0.5% of its radius.

“The size of a star can vary dramatically depending on what wavelength of light it is observed with,” revealed the lead author of the study Eamon O’Gorman, a scientist from the Dublin Institute for Advanced Studies.

“The longer wavelengths of the VLA revealed the supergiant’s atmosphere out to nearly 12 times the star’s radius.”

To create the radio map, ALMA looked at the photosphere of the red supergiant – the layer from which most visible photons (light particles) of a star flow – at shorter wavelengths.

The VLA, on the other hand, observed the longest lengths in the farthest layers of the star.

Radio telescopes also observed and measured the temperatures of gas and plasma in the atmosphere.

Together, these instruments—ground-based observatories—were able, for the first time ever detect the chromosphere of Antares using radio waves and not only find that it extends 2.5 times the star’s radius, but also its temperature.

Scientists found that the chromosphere is cooler than previous optical and ultraviolet observations had suggested, reaching 3,500 degrees Celsius, which is significantly colder than that of our Sun, which reaches around 20,000 degrees Celsius.

“We found that the chromosphere is ‘lukewarm’ rather than hot in stellar temperatures,” O’Gorman explained.

“The difference can be explained because our radio measurements are a sensitive thermometer for most of the gas and plasma in the star’s atmosphere, whereas past optical and ultraviolet observations were only sensitive to very hot gas and plasma.”

“Our innate understanding of the night sky is that stars are just points of light. The fact we can map the atmospheres of these supergiant stars in detail is a true testament to technological advances in interferometry. These tour de force observations bring the universe close, right into our own backyard,” Chris Carilli of the National Radio Astronomy Observatory, added in the same statement.

Often referred to as “the heart of the scorpion,” Antares is the brightest object in the constellation of Scorpius. The star is a red supergiant, an evolved massive star, and one of the largest stars visible to the naked eye. If it were located in our solar system, it would reach somewhere between the orbit of the red planet and Jupiter.

Astronomers say that Antares’ mass is somewhere around 12 times that of the Sun. 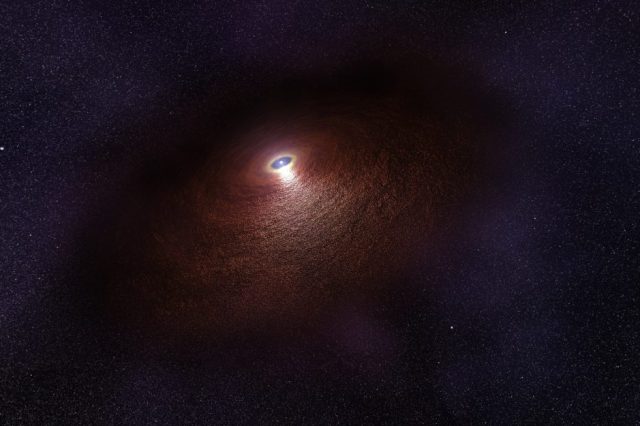 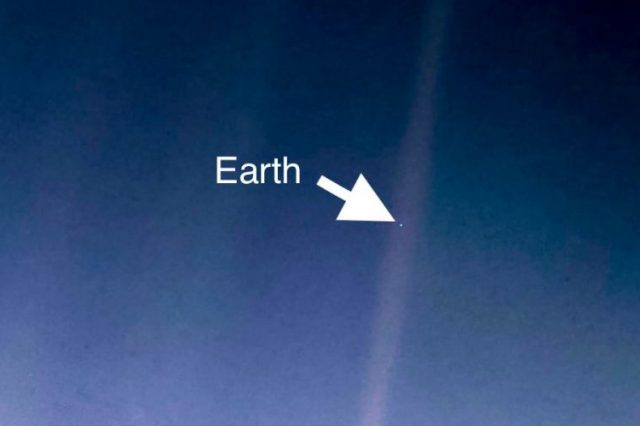 Aliens Within 300 Light-Years Can See Our Civilization 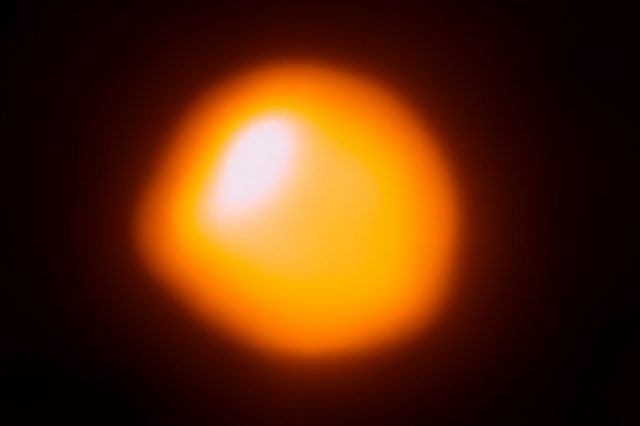