Some pretty strange things have been found in Apollo mission footage. Some of these odd objects have been dubbed UFOs by eagle-eyed UFO hunters. But what exactly are they?

One of the images in question shows from orbit the Chuska Mountains in Arizona, USA. The photograph was taken during the Apollo 9 mission on March 8, 1969.

This image was the subject of debate on the open forum of the Black Vault, a website dedicated to investigating UFOs, among other things.

One user decided to post an interesting collection of images, some of which have certain anomalies clearly visible in them. (You can check out the image collection by clicking here.)

The image of the Apollo 9 missions was taken from an altitude of 194 km high. Between the Earth down below, and the spacecraft from which the image was taken, we can observe a strange triangle-shaped object which theoretically should not be there.

Eagle-eyed UFO hunters have pointed out that its shape is similar to the alleged spacecraft (SR-91 and the TR-3B) developed by the US government during the early 80s and 90s. The problem is, the image we are looking at was taken by the Apollo 9 mission in 69, at least ten years before the alleged TR-3B spacecraft was developed.

So what is it? Is it merely a smudge in the original footage? Or is it an actual UFO, as some Black Vault users have suggested?

Apollo 9 was the third manned space mission in the United States Apollo program and was the second to be sent into orbit by a Saturn V rocket. This mission marked the first flight of the command and service module (CSM) with the Apollo lunar module (LM ).

The three-person team of the mission consisted of Commander James McDivitt, the pilot of the command module David Scott and the lunar module pilot Rusty Schweickart.

The crew spent ten days in low Earth orbit, testing several critical aspects that would later help the Apollo program to land a man on the surface of the moon.

The ten days the astronauts spent in space gave them plenty of opportunities to take some incredible images, not only of Earth, their immediate surroundings, but the moon as well.

Some of the lunar images taken from orbit show anomalies as well.

Whether or not these images are even of actual UFOs is hard to tell.

They most likely are pixelation errors or just smudges in the original film. Nonetheless, concluding that based on no evidence other than a personal opinion would be irresponsible.

Could they be some sort of smudge present on the window of the Apollo 9 module?

The UFO phenomenon has become a highly debated, and surprisingly respectable subject in the last few months.

This was not so a couple of years ago. In the past, when speaking about UFOs and possible alien craft, the entire subject was treated as a massive conspiracy.

However, the release of countless declassified UFO-related documents, declassified videos showing unified flying object chased by Navy Pilots and their personal accounts on the sightings have changed the way the world looks at the UFO phenomenon.

Recently, and entirely surprisingly, the US Military signed a contract that will see them research “exotic materials” and futuristic technologies with Tom DeLonge’s To the Stars Academy, a company that, among other things, is working on understanding and revealing the UFO phenomenon.

Declassified documents revealed not long ago have shown a huge interest from the United States Government in researching a phenomenon that was treated as nothing more than a global conspiracy until very recently.

One of the most interesting revelations is the so-called Advanced Aerospace Threat Identification Program (AATIP). It was a secret UFO investigation program commissioned and funded b the US Government to study unidentified flying objects, or as they would say,  unexplained aerial phenomena (UAP).

The programs is believed to have begun in 2007 with total funding of around $22 million. The program was mysteriously decommissioned in 2012.

Although ATTIP was decommissioned in 2012, it is believed that an even greater UFO hunting program exists in the shadows as we speak.

Are you ready for disclosure?

Thousands of UFO Reports and Documents Donated to Canadian University 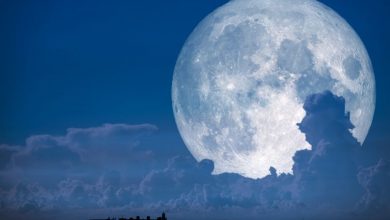