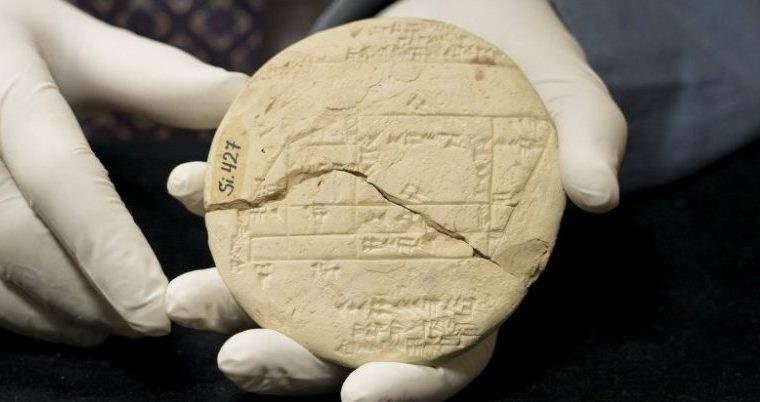 This discovery gives scientists new evidence that mathematics was developed in Babylon, and that its inhabitants possessed knowledge that was unique for their time.

Mathematician Daniel Mansfield of the University of New South Wales (UNSW, Australia) reexamined cuneiform clay tablets discovered more than a century ago and found the oldest example of applied geometry on one of them.

The ancient tablet contains information about someone’s land or property, part of which was being sold.

For his study, mathematician Daniel Mansfield selected clay tablets with cuneiform writing, which have been kept in the Istanbul Museum for more than a century. They were discovered back in the 19th century on the territory of Iraq. The approximate dating of these artifacts is 3,700 years old.

The original discovery of the tablet

The mathematician’s particular attention was drawn to the plate designated as Si.427. It was dug up during the Sippar expedition in 1894 in the place where Baghdad is located today. Dr. Mansfield first learned about it from the archival records of the archaeologists who excavated.

He explained that it was nearly impossible to trace the location of the tablet since the last records about it stated that it was sent to the Imperial Museum of Constantinople. Of course, this place no longer exists.

The oldest example of applied geometry

Once he found it, the scientist took several months to complete his studies. In his research, he proves that the symbols depicted on it, which were previously perceived as a chaotic set of lines, are the oldest examples of applied geometry known to science.

In addition, it is also the oldest example of geodesy in history. Note that tablet Si.427 dates from the late Babylonian period (1900-1600 BC).

But the most interesting and important thing was that the ancient Babylonians used what we now call the “Pythagorean Triples” in their calculations. This method is necessary for the accurate construction of right angles. The Pythagorean Triples is an ordered set of three natural numbers. satisfying a homogeneous quadratic equation.

The numbers that make up the “Pythagorean triples” are named after the Pythagoras of Samos. He was a famous ancient Greek philosopher, mathematician, and mystic, the founder of the religious and philosophical school of the Pythagoreans. But the fact is that he lived in the period around 570-490 BC, much later than the unique artifact was created.

This discovery gives scientists new evidence that mathematics was developed in Babylon, and the inhabitants of this state possessed knowledge that was unique for their time. This is also new evidence that the “Pythagorean numbers” were known long before the birth of Pythagoras.

The description on the tablet

The inscriptions on the tablet itself describe another important feat of the ancient Babylonians. The tablet describes a piece of land that was to be sold. It contains descriptions of the landscape, as well as a mention of a nearby tower.

Purpose of the tablet

The lines on the tablet evidence that ancient surveyors knew how to create perpendicular lines accurately. In a way, they were trying to identify the boundaries of each land in the same way we nowadays know where our own land begins and ends with modern equipment. 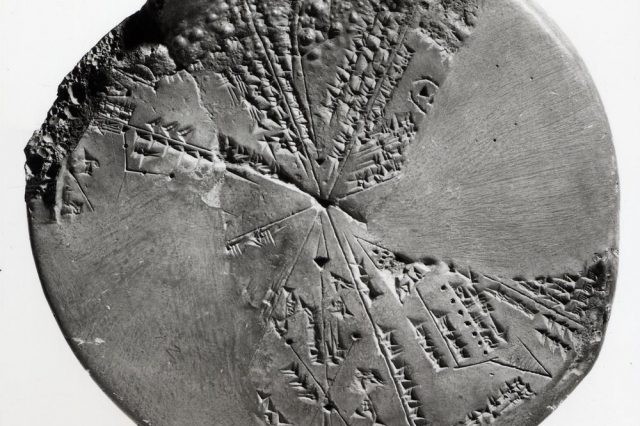 10 Things You Should Know About the “Planisphere”, a 5500-Year-Old Star Map