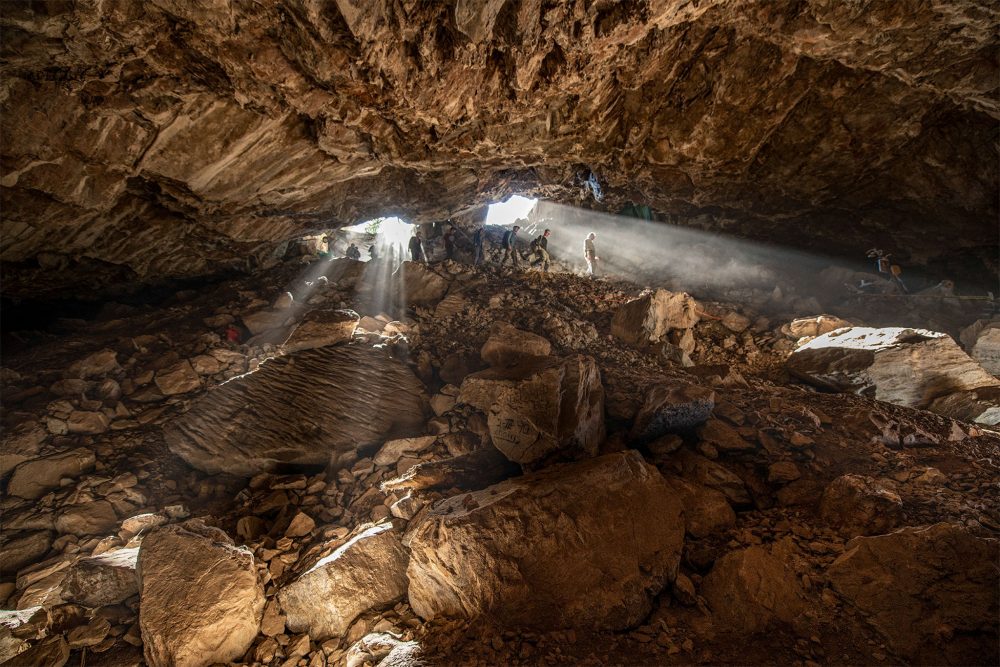 Once again, it is time to change our understanding of the history of human occupation in the Americas.

Researchers have found conclusive evidence that places humans living inside a cave in present-day Mexico some 30,000 years ago, which is around 15,000 years earlier than previously thought.

A cave located in a remote part of present-day Mexico was inhabited by humans about 30,000 years ago, which is around 15,000 years earlier than previous estimates that placed people for the first tie in the Americas.

Thorough excavations of the Chiquihuite cave, located in a mountainous area of ​​northern Mexico, experts were able to reveal nearly 2,000 stone tools from a small section of the cave at high altitude.

Archaeological analysis of tools and DNA analysis of sediment in the cave has revealed a new history of colonization of the Americas that now supports the idea that mankind already visited present-day Mexico some 30,000 years ago.

The results, published in Nature, challenge the commonly held theory that the Clovis were the first human inhabitants of the Americas 15,000 years ago.

Professor Eske Willerslev of St John’s College, University of Cambridge, and director of the Lundbeck Foundation Center for Geogenetics, University of Copenhagen, led the study with archaeologist Ciprian Ardelean of the University of Zacatecas in Mexico.

“For decades, people had passionately debated when the first humans entered the Americas. Chiquihuite Cave will create a lot more debate as it is the first site that dates the arrival of people to the continent to around 30,000 years ago – 15,000 years earlier than previously thought.

These early visitors didn’t occupy the cave continuously; we think people spent part of the year there using it as a winter or summer shelter, or as a base to hunt during migration. This could be the Americas’ oldest ever hotel,” explained professor Willerslev.

The 10-year research project raises more questions about the first humans who lived in the Americas than it managed to answer.

As explained by Dr. Ardelean: “We do not know who they were, where they came from or where they were going. They are a complete puzzle. We falsely assume that the indigenous populations in the Americas today are direct descendants of the first Americans, but now we do not believe that this is the case.

In other words, the recently uncovered data points towards a much more complicated human history of American colonization.

As it turns out, when the Clovis culture came to what is now the present-day United States, the real first Americans were already long gone.

“There could have been many failed colonization that were lost over time and left no genetic trace on the current population,” the researchers revealed, raising more questions than answers about a previously unknown culture that existed in Northern America.

The Chiquihuite cave is located at a high altitude site, 2,750 meters above sea level. Nearly 2,000 stone tools and small tool fragments, known as scales, were discovered by researchers in archeological missions.

DNA analysis of plant and animal remains from the sediment packed around tools in the cave dates the tools and the human occupation of the site 25,000-30,000 years ago.

No human DNA was found, adding weight to the theory that the first people didn’t stay long in the cave.