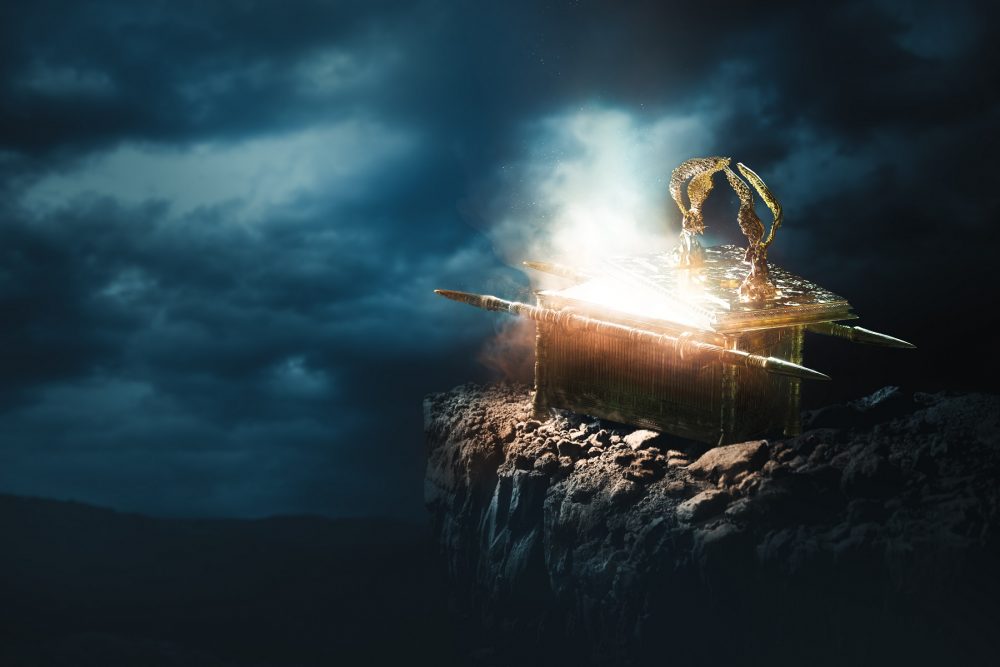 Experts have explained that this is a rare case where they can merge a biblical narrative with an actual, archaeological discovery.

A temple dating back to the 12th century BCE–a time when the Israelites and the Philistines were at War–has been excavated by experts yielding incredible, historical results that may be directly related to the Ark of the Covenant.

The 3,100-year-old temple, located near Beit Shemesh is believed to hide many clues concerning the famous Ark of the Covenant.

The site, located on a tel no more than 20 kilometers west of Jerusalem has been excavated by scholars since 2012. However, only now has the archeological site yielded a striking, historical discovery: a stone table which resembles that of the narratives of a slab on which the Ark of the Covenant once sat, an ancient device that is believed to have housed the Ten Commandments received by Moses on Mount Sinai, reports The Jerusalem Post.

The stone table was discovered inside a structure that is believed to have been an ancient temple. Now, only the temples remains are visible showing evince od walls 8.5 meters long, and whose points were aligned with the cardinal points.

It also features two large concave stones that were most likely used for libation offerings. Among the archaeological remains, the researchers have also recovered pottery fragments as well as animal bones, indicative of ritualistic activities inside the structure.

“There is a lot of evidence that this was indeed a temple,” Prof. Shlomo Bunimovitz of Tel Aviv University told Haaretz.

“When you look at the structure and its content, it’s very clear that this not a standard domestic space but something special.”

“At the beginning, we thought it was a massebah that had fallen over,” explained archeologist Dr. Zvi Lederman, who leads the excavation.

“But soon we realized that it was meant to be a table.”

Reachers note that the discovery is of great importance since it ties in with the historical time frame of the large stone the ark of the Covenant is said to have been placed upon when it was transported to Beit Shemesh after being returned by the Philistines, as described in the book of Samuel:

“Now the people of Beth Shemesh were reaping their wheat harvest in the valley; and they lifted their eyes and saw the ark, and rejoiced to see it. Then the cart [sent by the Philistines] came into the field of Joshua of Beth Shemesh, and stood there; a large stone was there. So they split the wood of the cart and offered the cows as a burnt offering to the Lord. The Levites took down the ark of the Lord and the chest that was with it, in which were the articles of gold, and put them on the large stone.”

The temple was destroyed, at some point in the mid-12th Century BC. Evidence of that are the pottery fragments discovered within the building which show clear evidence of being smashed to bits.

As archaeological excavations were underway, the researchers had to dig their way through a thick layer that was initially thought to have been ash but eventually proved to be animal dug. This is evidence that after the building was captured, it was turned into a cowshed.

“This would be a rare case in which we can merge the biblical narrative with an archaeological find,” explained  Lederman.

Despite the exciting discovery, it is difficult to link the stone (atop which the Ark of the Covenant is said to have been placed)  directly to something the Bible mentions, since coming to such a conclusion would be nearly impossible to prove in archaeological terms.

The researcher shoes away from linking the stone to the ark because of a few inconsistencies between the narrative and the evidence: the stone was said to have been located in a view and not a temple atop a tel.

The Bible is “not a historical document, but an ideological one,” Bunimovitz explained.

“But in every ideological narrative, if you want it to be believed and accepted, you have to insert some real elements.”