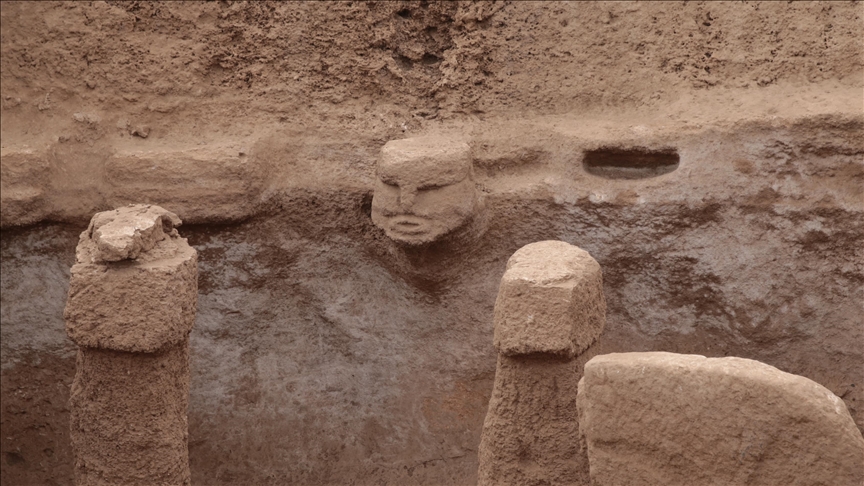 Why did ancient people bury the ceremonial complex on purpose?

Archaeologists have discovered that the 11,000-year-old Karahantepe complex in Turkey was used for ceremonial activities before it was deliberately buried with earth. They discovered an ancient building filled with intricate phallus-shaped pillars and carvings. Archaeologists assume that people marched through this building during rituals.

Karahantepe is located in the south of the Armenian Highlands (the territory of modern Turkey). It is not far from the world-famous Gebekli Tepe monument – the oldest of the large megalithic structures on the planet. Archaeologists date Gebekli Tepe at 12 thousand years and Karahantepe at 11 thousand. Excavations of the first have been going on since the 1960s while Karahantepe was discovered in 1997. Even so, archaeologists began large-scale excavations only two years ago.

As mentioned above, the archaeological survey is in its third season. This year, researchers found a room with a diameter of 23 meters. Most of it is carved into the rock in such a way that the building is buried 5.5 meters from the surface. In the room itself, scientists saw a rather strange sculptural composition.

Its central part is the stone head of a man with a prominent forehead, thick lips, and a beard. The sculpture is positioned so that the eyes of the statue look at the entrance. On both sides of the head, there are two pillars 1.6-1.7 meters high, carved in the form of phalluses. In general, 11 pillars were found in the room, but these four were carved from stone more carefully.

Karahantepe was a ritual complex?

This building is connected by corridors with three others: together they form a kind of complex. Since no household items were found there, it is logical to assume that the premises were used for ritual activities. According to researchers, Karahantepe was used for ceremonial processes and people would enter from one end and exit the other. But for now, of course, this is only an assumption.

The complex was not abandoned but buried

Another thing is much more interesting. All buildings have not been abandoned or destroyed. They were literally buried. Moreover, the premises were covered with earth so as not to damage the sculptures located there (hence the excellent preservation, only some of the pillars were destroyed by erosion). The construction of such buried buildings is a serious job that requires tremendous effort and time. Carving sculptures is the work of artists, something that not everyone can do. But why did they cover all this with earth?

In a similar way, the premises could have been sacrificed to the gods. It is even possible that the entire cycle of construction, use, and burial of a building was part of one common ritual. But there is another version. Professor Karul writes that the burial premises were filled unevenly. They did not just throw what was at hand but used stones of different kinds and sizes in each conventional layer.

Before they buried it, the ritual pillars were clearly reinforced with large stones. Secondly, the stairs were separately filled with small stones and partitioned off so that rocks from the stairs would not penetrate into the room with the sculptures and would not damage them. And, finally, from above, after filling, the buildings were closed with large flat slabs.

Why did they do it?

Why go through such difficulties if the structure is taken out of circulation? It can be assumed that the “burial” was temporary and people planned to excavate the premises in the future and continue using them.

Is there a connection between Gobekli Tepe and Karahantepe?

Some of the sculptures found earlier in Karahantepe are very similar to the artifacts of Gebekli Tepe. Today, scientists are looking for a connection between these places located close geographically but separated in time by a thousand years. Unfortunately, we have no data on how exactly the structures of Gebekli Tepe were filled with rock: at some point back in time, this place was badly damaged by people with ill intentions.