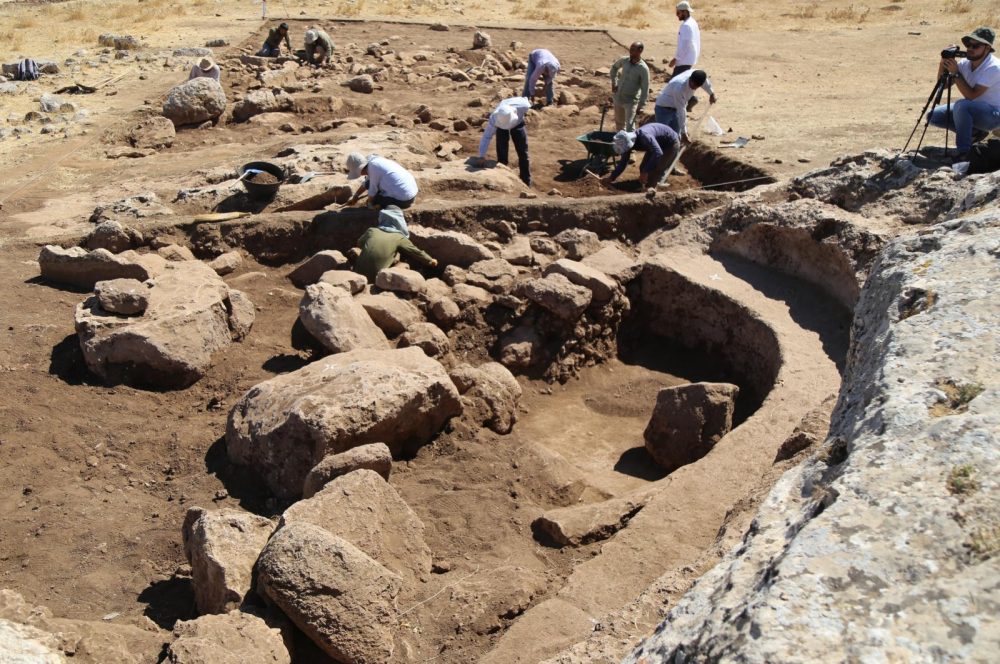 Have archaeologists unearthed the world's oldest ancient settlement, older than the 12,000-year-old Gobekli Tepe? Here's what we know about Karahan Tepe so far.

In a new social media post about Karahan Tepe, the Turkish Minister of Culture and Tourism Mehmet Nuri Ersoy stated that although it is not confirmed, Karahan Tepe is probably an older settlement than Gobekli Tepe.

It has been scientifically proven that the structures found in Karahan Tepe as a result of the archaeological excavations that have been going on for 2 years are contemporary with Gobekli Tepe. However, Minister Ersoy said, “We have not received the final confirmation in Karahan Tepe, but we will probably have reached an older excavation center (from Gobekli Tepe)”, adding that the structures in Karahantepe may be the oldest remains of Anatolian civilizations.

Karahan Tepe is located in Sanliurfa, Turkey, and was originally discovered in 1997. Unfortunately, excavations did not begin until about 22 years later in September 2019.

His team was able to locate about 250 massive obelisks through geophysical and georadar studies carried out in Karahan Tepe. This discovery ultimately made the Karahan Tepe site a major place of interest as the researchers believed the obelisks were Neolithic.

Even in aerial photographs, it was possible to see and count the obelisks on the surface of the archaeological site.

The stones resemble those at the world’s oldest temple – Gobekli Tepe, but Karahan Tepe has now been teased to be the new most ancient archaeological site. We will be expecting the official statement in the following days.

However, the scientific excavation team is not very keen on these discussions about which one is older. They point out that it does not matter whether Karahan Tepe is older or newer than Göbeklitepe. What they mean is that this fact will not change its scientific value.

What I also need to mention about Karahan Tepe and Gobekli Tepe as an additional piece of information is that there are another dozen ancient sites in the region thought to be from this period. What this means is that we will be hearing a lot from Prof. Dr. Karul in the upcoming years and undoubtedly, ancient history will be rewritten in one way or another.

Interesting finds were uncovered in Karahan Tepe during the excavations this year. However, the Ministry of Culture and Tourism will make a statement about this year’s excavations in the coming days.

“Our Ministry is very excited about the Karahan Tepe excavations. Therefore, I find it appropriate for them to inform you about the excavation results themselves.”

He highlights that his team discovered valuable signs of human symbolism. He says they discovered new structures and buildings, as well as statues.

Below is a short video which I am attaching, provided by the Turkish Ministry. In it, you can see the head of a statue with a 50 cm diameter. It was discovered in situ at Karahan Tepe, carved into the bedrock.

Currently, the excavation work at Karahan Tepe has been stopped due to the pandemic that completely changed our lives this year. However, Prof. Dr. Karul hopes that work will continue in 2021 and says that they have at least another year of excavations planned.

To start, I need to quote Minister Nuri Ersoy one last time:

“Göbekli Tepe has a history of 12,000 years. Our new settlement in Karahan Tepe will be older. The comprehensive works will be sustained in the site under the supervision of professor Necmi Karul, the head of the excavation team, next year. We will probably have a new discovery that will make an overwhelming impression on the world again after Göbekli Tepe.”

What this means is that Karahan Tepe could potentially take Gobekli Tepe’s place as the main archaeological site of interest in Turkey and the world. However, we shouldn’t forget the significance of Gobekli Tepe and all the mysteries that remain unsolved.

Now that more and more ancient temples and sites get unearthed in the region of Gobekli Tepe, we have even more right to believe in the “myths” of the ancient advanced civilizations that were lost in time.

Here are several questions we have asked more than once or twice… How was it possible for nomadic cultures to build such massive structures with multi-ton blocks of stone? How did they know geometry to this unbelievable extent and how did they put each stone slab with such precision to form near-perfect geometrical figures in their structures?

Especially in 2020, archaeologists suggested that the geometrical patterns at Gobekli Tepe are more advanced than previously thought. Nothing in its structure is random. Every piece of stone has been purposely organized and placed where it should be. Where did this knowledge come from?

In other words, there is a lot to expect from Karahan Tepe at this current moment. So far, we know of the 250 Neolithic obelisks, buildings, and statues. We should look beyond whether it is older and newer than Gobekli Tepe. We must establish a connection between the two ancient sites because there is no possible scenario where there is none.

And when it comes to the possibility of the existence of an advanced ancient society, I personally believe there should be no doubt about it. By this, I do not mean a technologically advanced society in the meaning of electronics, cars, etc.

What I believe is that there was an ancient civilization (or more than one) that was/were more architecturally advanced than we are. It is visible in countless ancient sites and in the fact that modern architecture still cannot recreate many of the ancient wonders of the world if it had to.

What we can say is that history gets rewritten each year. Every new discovery sheds light on something significant from our past but also opens up another pile of new questions about the dawn of humanity. What I believe is that just like modern archaeology rewrites history, it has been erased at some point in time deliberately.

Sites like Karahan Tepe and Gobekli Tepe simply don’t fit in the modern version of human history. Where is the real truth and what should humanity do to get this knowledge back?