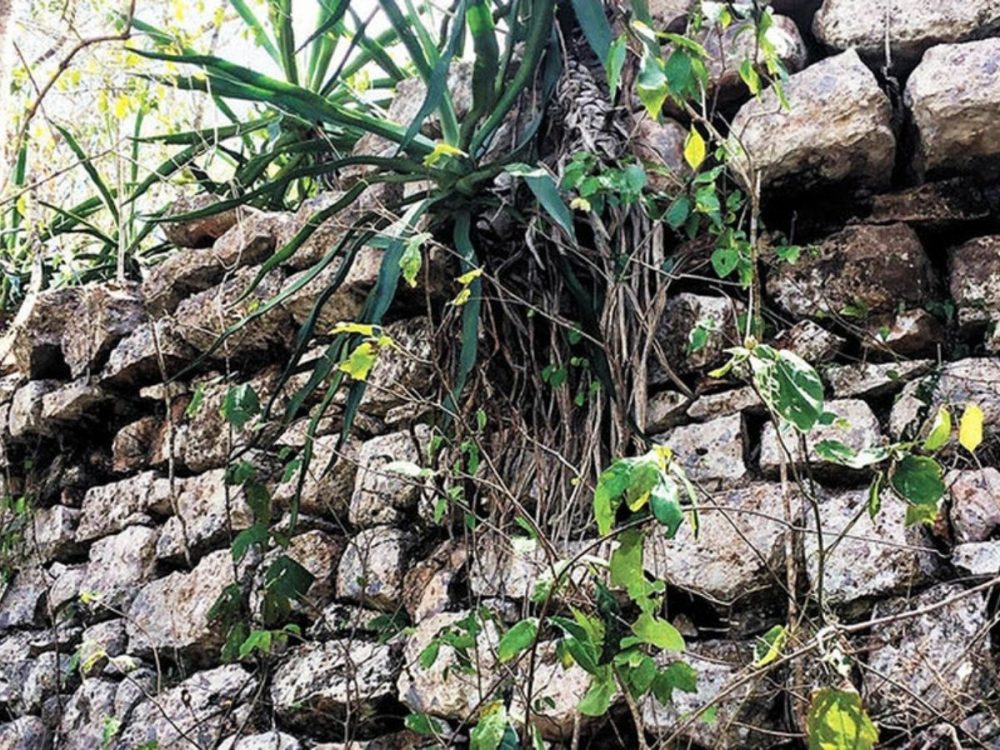 The ancient city is home to a pyramid, ball game court, and massive walls.

The dense jungle that covers the archaeological zone of X’baatun, located in the ecotourism park of Oxhuatz in the southeastern Mexican state of Yucatán, jealously guards a pyramid that rises 37 meters into the air, a ballgame court, a cenote and several megalithic structures that have recently been cataloged by experts from Mexico and Spain.

The name of the city translates into “the place where water is collected.” And the city, whose existence was only recently revealed, has already been collected. And it wasn’t its water that which was collected, and it wasn’t by experts, but rather by looters who came to Cancun and then traveled across a virgin part of the jungle, to reach its unexplored ruins. There’ they looted what they could and made their way home.

Although the megalithic Maya city was discovered in the 1990s, like many other ancient sites, its importance was forgotten and only until recently have experts acknowledged, and announced the scope of the discovery.

It’s a massive site, including pyramids, ball courts, and several megalithic structures, as well as a massive wall.

“In the most recent excavations, we discovered new structures and remains of ceramics belonging to the period from 500 to 300 BC until that of 900 to 1000 AD,” Spanish archeologist Carmen Varela Torrecilla, of the European University of the Atlantic, explained in an interview. Varela also called on the authorities of Yucatan to intervene and help preserve the site, preventing looters from accessing it.

In addition to the looting of the site, archeologists have revealed that cows from a nearby ranch go to drink water at the cenote of the site, destroying some of the structures along the way.

The exact size of the site remains an enigma, but Torreciulla, in coordination with Juan García Targa, of the University of Barcelona, ​​and architect Alfonso Muñoz Cosme, of the Polytechnic University of Madrid, and with the staff of the National Institute of Anthropology and History (INAH), hope to continue their archeological work until the site is fully explored, cataloged, and preserved.

Further explorations of the site are expected to take place in October of 2019, and archeological excavations of the entire complex of X’baatun are expected to take place in January of 2020. The inhabitants of the ancient city benefited from abundant natural resources of the area and are thought to have cultivated corm squash, and beans among other seeds.

The Spanish Government is expected to invest funds in order to create a complete map of X’baatun and its surrounding area. The archeologists revealed that with the help of drones, photographs of the site would be taken, and experts will also make use of technologies like LiDAR in order to peer through the jungle and obtain a topographic map of the structures that have remained hidden for thousands of years.

To help explore, preserve and catalog the size, experts are looking to obtain support from the Ministry of Tourism in order to come up with a management plan which would help protect the site and prevent its destruction.

The city of X’baatun is special because it features a type of megalithic architecture, where the builders of the city used massive stones with cornices. This archeological feature suggests the city of X’baatun was greatly influenced by a nearby Mayan center called Izamal.

Authorities foresee that within three years, we could get a general understanding of the scope and importance of the city, and determine the exact purpose and influence of X’baatun. The ancient Maya that inhabited the city walled the central area of the city due to various circumstances, most likely due to danger or attack from neighboring towns.