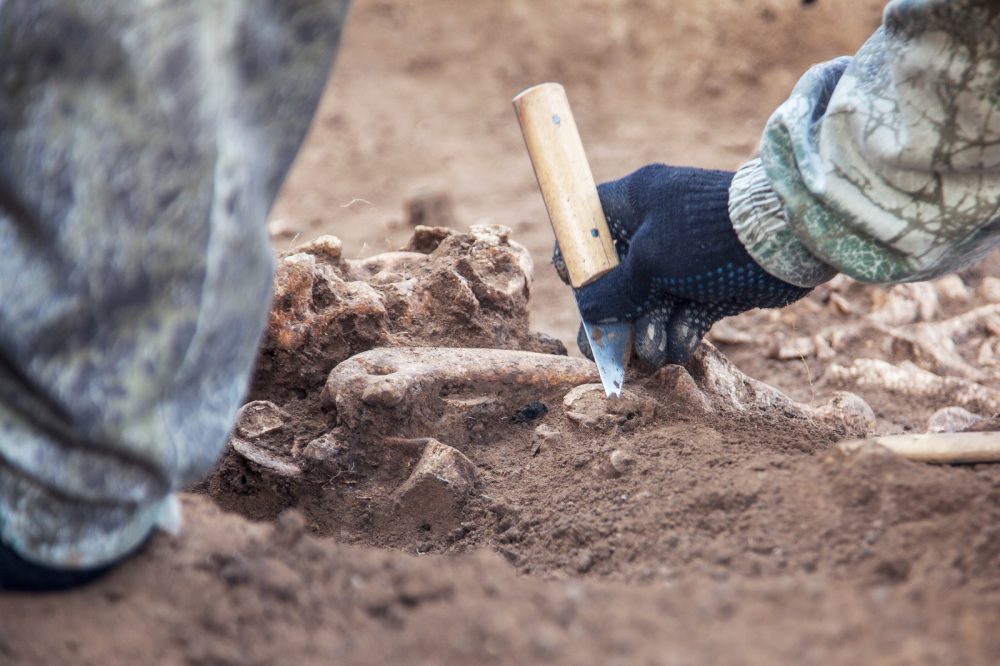 Archaeologists have revealed this is the first time they discovered a surgical instrument inside an ancient tomb in the city of Tanais. The experts say that the ancient surgical device resembles modern surgical tools.

A team of archaeologists has discovered a surgical instrument believed to date back to the third century BC in Tanais, an ancient Greek located on the north coast of the Sea of Azov, in southwestern Russia.

The ancient city was founded in the late 3rd-century BC, although ancient Greek trades have encountered nomads at the site since as early as the 7th century BC. The site was destroyed around 330 AD by the Goths, although there is evidence that the site was continuously occupied up to the second half of the 5th century AD.

Scholars argue that since its founding, Tanais evolved as a Greek-barbarian commercial and technological center of the most isolated region of the ancient Greek ecumene. The ancient city was destroyed in the first century BC by the Kingdom of Bosporus, but despite extensive damage, the city recovered fast. The city ceased to exist after the attack by the Goths.

Strabo mentions Tanais in his Geography.

Speaking to Sputnik, Sergeij Iliashenko said that this is the first time researchers have discovered a critical tool inside a tomb. Iliashenko is the lead researcher in charge of the archeological excavations at the ancient site located near the city of Rostov on Don.

In ancient times, according to writings by Strabo, the ancient city of Tanais was a common meeting place for nomads from both Asia and Europe, as well as for those who sailed near it. The nomads provided the city with the workforce, hides and numerous products used in every-day nomadic life.

Outsiders who visited the city brought garments, beverages like wine, and other products commonly used in the “civilized” world of the time.

The archeologists explained that the surgical instrument was made of copper and shows an eerie resemblance to modern medical instruments. The archaeological mission also recovered glass and ceramic vessels.

Experts assume that the medical instrument was brought to the city by outsiders who visited the city in the distant past.

“We were aware of the fact that the ancient Greeks made use and possessed this type of medical instrument in other settlements, but Tanais was the furthest area. The objects discovered inside the tomb constitute additional evidence that links Tanais with the ancient Greek civilization,” the archeologists revealed to Sputnik.

According to the geographer Strabo and other ancient authors, Tanais was a major commercial center for the nomads of the steppes of the Sea of Azov and the Greeks of the Kingdom of Bosporus.

Iliashenko believes that the surgical probe may have been used in ancient times by the woman found inside the tomb. The woman had a fractured hip and may have used the instrument to help heal the injury by applying different potions. The expert argues that it is very likely that the woman knew how to use the instrument.

Researchers also note that the discovery of several other ancient Greek artifacts in the Sarmatian tombs of both the Don and Volga rivers, as well as the region encompassing the southern Urals,  may have been the direct result of commercial activities of the inhabitants of Tanais.

The ancient city was also home to numerous underground storage rooms where archeologists have uncovered many ancient amphorae, another evidence that underlines the importance of the city as a trading center covering a vast area.