Thousands of years before Egypt’s first pyramid was conceived, an ancient city was built in present-day Syria.

With traces of habitation spanning as far back as the last Ice Age, the ancient city of Aleppo is considered one of the oldest cities on the surface of the planet, when the city started off as a small population center.

Archeological excavations at a site located no more than 15 miles from the center of the ancient city have yielded archeological evidence which clearly shows that the city, as well as its surrounding region, was inhabited for at least 13,000 years.

This sole fact makes the ancient city of Aleppo and its surrounding area one of the oldest continuously occupied cities on the surface of the planet.

Ancient to ancient civilizations, the settlements that would eventually give birth to Aleppo predates even the oldest of Egyptian pyramids. Its original name, like the name of many other ancient cities, remains an enigma since ancient texts originating from the founding of the ancient settlements have never been discovered.

Although its history dates back to a time when history was probably not even reported, the city was mentioned for the first time in clay cuneiform tablets that were crafted some 5000 years ago, which already mention the city as a commercial and military power.

This means that the city was already an important center in the region, something that tells us that long before 5,000 years ago, the city was popular among people in the area. Its more central parts were probably inhabited since the 6th millennium BC.

Excavations at Tell as-Sawda and Tell al-Ansari, just south of the old city of Aleppo, show that the area was occupied by Amorites since at least the latter part of the 3rd millennium BC.

Check this:   The Mystery Behind The Missing Capstone of the Great Pyramid of Giza

This popularity may have been due to its geographical location, situated between the Mediterranean Sea and Mesopotamia–precisely at the end of the Silk Road, which passed all the way from central Asia to Mesopotamia.

In other words, the city’s prime location made sure it became one of the more important trading centers in that part of the world. Aleppo appears in the historical record as a prominent city much sooner than Damascus (the capital of present-day Syria), which suggests that by the time Damascus became an important city, Aleppo was way ahead of them.

In regards to Damascus, numerous scholars argue it is older than Aleppo, however, evidence of habitation at Damascus can be traced back to around 11,000 years.

This was proven by archaeological excavations at a site called Tell Ramad, not far from the center of the city. Analysis of the archaeological remains suggests habitation in the area can be placed at around 9,000 BC.

That’s why it isn’t surprising to learn that there are ancient accounts that suggest how people in ancient times considered Aleppo as the center of the ancient world.

Despite its importance and age, the ancient city of Aleppo has not been studied much by archeologists, partially because the modern city was built on top of the ancient site.

Check this:   Here Are 3 Lesser-Known Yet Extremely Important Pyramids of Ancient Egypt

However, since much of the ancient city has been destroyed, the wall as well has since nearly disappeared. Nonetheless, we know it had nine gates, out of which 5 are–luckily–well preserved. The wall that surrounded the city was in turn circled by a broad, deep ditch, that offered extra protection from potential intruders.

In the Ebla tablets, the ancient city of Aleppo was referred to as Ha-lam. The first record of Aleppo most likely originates from the third millennium BC if the identification of Aleppo as Armi, a city-state closely related to Ebla is correct.

One of its most famous parts–although not as ancient as the city itself–is the so-called Citadel of Aleppo, a large medieval fortified palace located at the very center of the ancient city. In fact, this structure is considered one of the oldest and largest castles constructed on the surface of the planet.

Evidence of the citadel’s history can be traced back to the 3rd millennium BC. Although the city was conquered by many ancient civilizations, the majority of the citadel’s construction is attributed to the Ayyubid period.

The hill atop which the citadel was built is considered of great importance since it is where there the prophet Abraham is said to have milked his sheep.

Researchers estimate that around 30% of the Ancient City of Aleppo has been destroyed in the recent military fights.

The Egyptian Pyramids are thought to have arisen during the Third Dynasty reign of Pharaoh Djoser if the historical timeline set out by Egyptologists is correct.

The Pyramid of Djoser at Saqqara is widely acknowledged as the earliest colossal stone building in Egypt as well as the earliest large-scale cut stone construction. The pyramid was completed in no more than 19 years, during which the builders not only erected the pyramid, its temples, and surrounding limestone wall but a massive subterranean world with a length of around 5.7 kilometers.

Check this:   The Ancient "Machine" That May Have Helped Build the Pyramids of Egypt

It is noteworthy to mention that by the time Aleppo was established as a settlement, a mysterious group of people built not far from Syria what is considered the oldest temple on the surface of the planet.

Predating Stonehenge by around 6,000 years, Göbekli Tepe is located in southeastern Turkey and is thought to have been erected by hunter-gatherers between 13,000 and 11,000 years ago.

This fact has led many experts to question whether hunter-gatherers were sophisticated enough to construct an ancient temple complex the site of Göbekli Tepe at the end of the Last Glacial period on Earth.

Göbekli Tepe is located around 13 kilometers from the city of Şanlıurfa.

Şanlıurfa, in turn, is located around 230 kilometers from the ancient city of Aleppo. Given the relatively close proximity of the two sites, it suggests that between 13,000 and 11,000 years ago, the wider region was inhabited by people that were much more sophisticated than hunter-gatherers or nomads.

All of the above would suggest that some 8,000 years before the Pyramid of Saqqara, people in the region of Aleppo had the ability to erect standing stone structures. 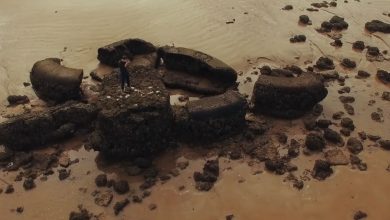 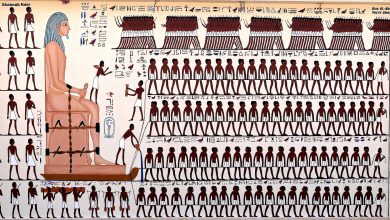 Atlantis in the Sahara?  Researcher Claims ‘Eye of Sahara’ is Atlantis’ Ruins 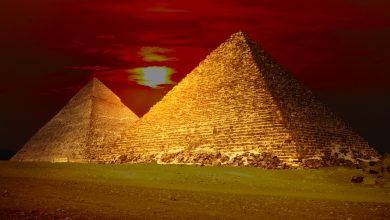 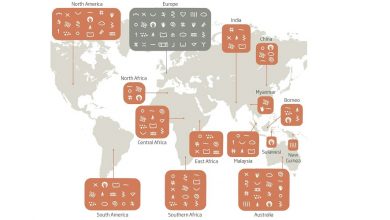 40,000-Year-Old Cave Symbols May be Part of a Single Global Language

Unwritten Mystery: Why No Ancient Texts Mention the Great Pyramid or its Purpose

7 Surprising Ancient Artifacts That Have Been Found by Experts 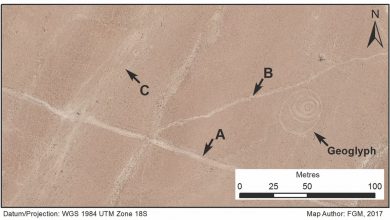 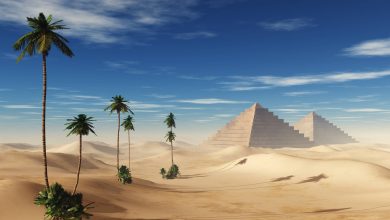 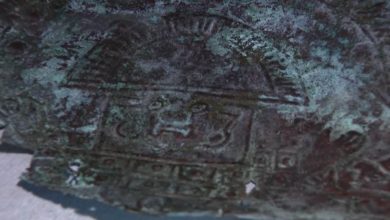