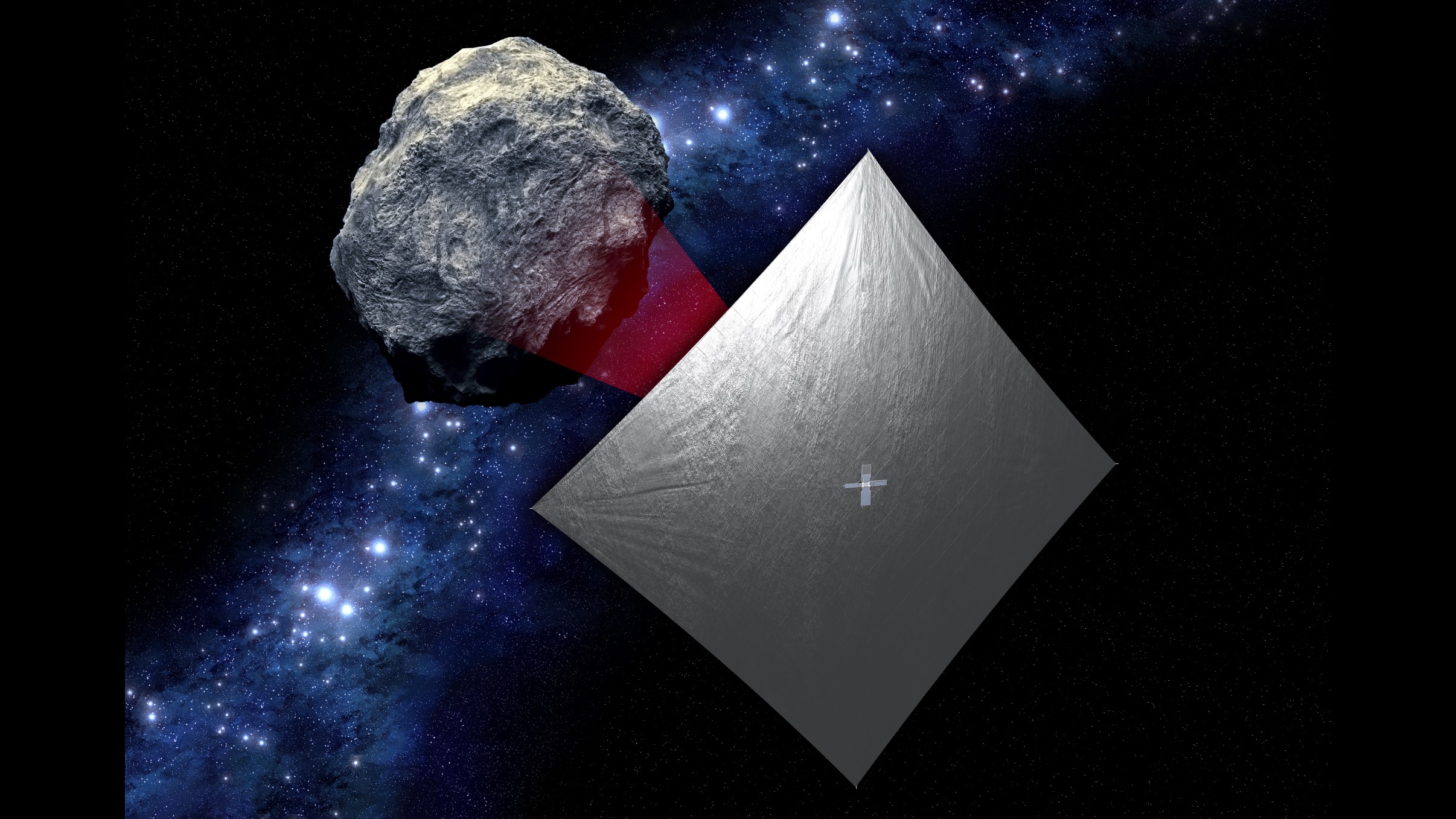 Besides going to the moon, NASA's coming megarocket launch will carry several secondary payloads that go beyond that. One of its secondary payloads include NEA Scout, a Near-Earth Asteroid (NEA) mission that will use a cubesat to fly to and image an asteroid.

In as little as a month, NASA’s Artemis I mission will finally make its way to the Moon, bringing to realization humanity’s return to the surface of the Moon.

Among other things, the Space Launch System (SLS) will launch the Orion capsule beyond the Moon and return. But that’s not everything the massive rocket will be carrying into space. In addition, it will also be launching ten small CubeSats into space, which will carry scientific experiments.

NEA Scout, one of these missions, will deploy a solar sail once it reaches space so it can reach an asteroid nearby using photons from the Sun. According to NASA, the asteroid will be imaged in detail, and data will be sent back to Earth.

Solar sailing technology has been proven viable by the Planetary Society’s LightSail 2 mission in 2019, and the NEA scout mission is the second to deploy it.

“The genesis of this project was a question: Can we really use a tiny spacecraft to do deep space missions and produce useful science at a low cost? This is a huge challenge,” Johnson said. “For asteroid characterization missions, there’s simply not enough room on a CubeSat for large propulsion systems and the fuel they require.”

This NEA Scout mission will travel to asteroid 2020 GE, approximately 60 feet (18 meters) in size, which orbits the Sun once every 368 days. In order to reach its destination, the CubeSat will pass the Moon for a gravitational boost. As well as gravitational assist, the spacecraft will use its 925 square foot (86 square meter) solar sail.

A small number of maneuvers will also be powered by the thrusters on the NEA Scout probe. Other than that, the CubeSat’s solar sails will propel it towards 2020 GE by using photons from the Sun. Due to this, it will only need to carry a small amount of liquid or solid fuel, reducing its cost.

JPL’s Julie Castillo-Rogez, NEA Scout’s principal science investigator, said that NEA Scout will accomplish the slowest flyby of an asteroid ever. “This will allow us to gather invaluable science and observe the asteroids of this class up close for the first time.”

Asteroid images will be captured by NEA Scout’s cameras once it is in orbit around the asteroid in 2023. The rotation, shape, debris field, and other characteristics of the object will then be studied by scientists on Earth. The diameter of 2020 GE is less than 330 feet (100 meters), making it part of the smallest class of asteroids.

Asteroids of this size have never been studied in depth before. Near-Earth asteroids will be better understood as a result, according to NASA.

NASA’s Artemis I mission will further develop solar sail technology and provide us with a better understanding of potentially hazardous space rocks.

A solar sail mission from Breakthrough Initiatives aims to use millions of lasers to power a lightsail probe that can eventually reach Alpha Centauri within our lifetime.

Professor Avi Loeb from Harvard University theorized in the past that interstellar object ‘Oumuamua might have been a solar sail technology sent from a distant alien civilization to study our solar system.