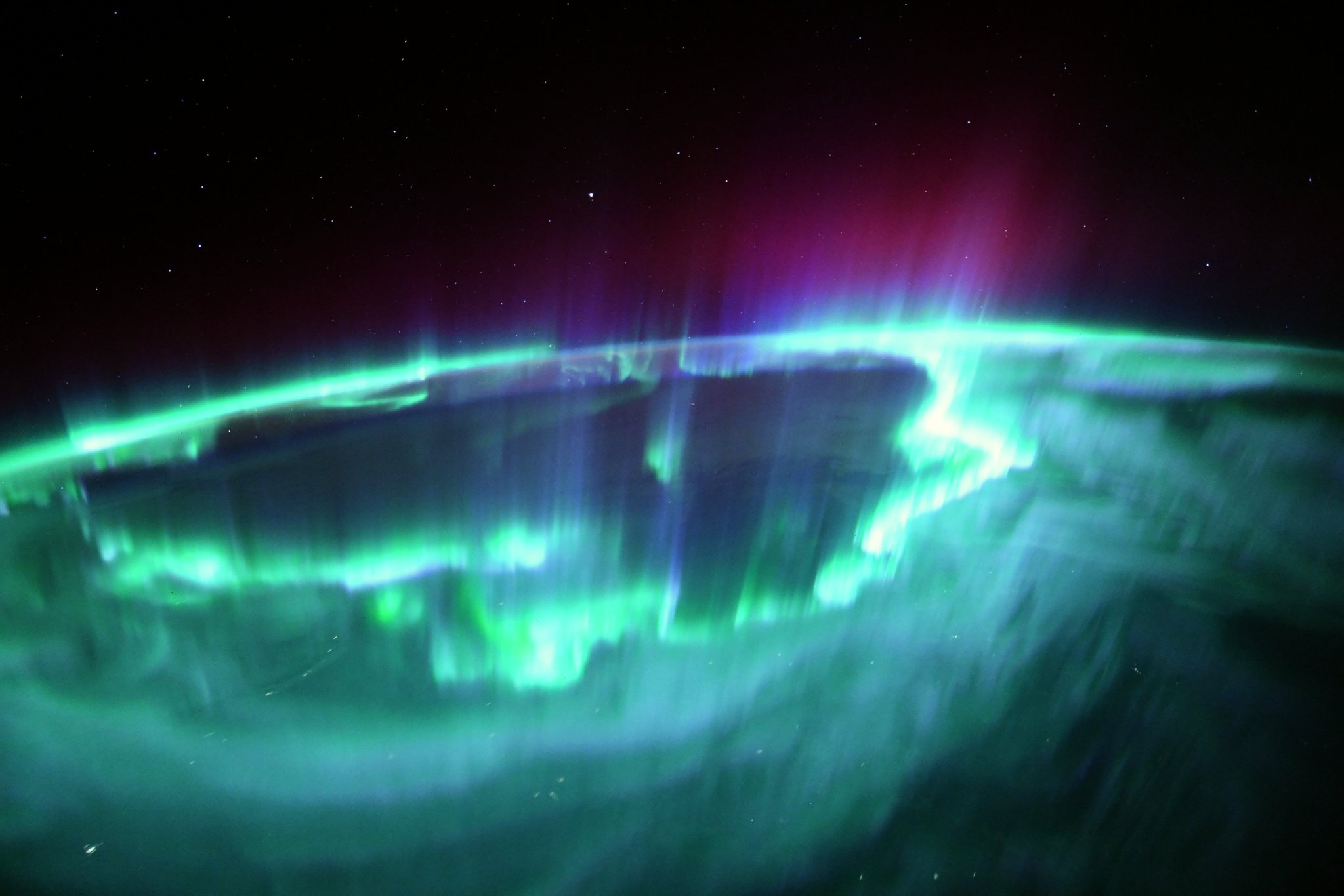 Astronauts aboard the International Space Station witnessed some of the most powerful auroras of 2021 and took some extraordinary images. Astronaut Thomas Pesquet published a couple of shots on his Twitter revealing more details about this unbelievable experience.

What is an aurora?

The aurora is the effect of the colorful glow of the upper atmosphere, which occurs when the solar wind collides with the magnetosphere. Charged particles in the solar wind are redirected and accelerated in the Earth’s magnetic field, reaching the dense layers of the atmosphere in areas close to the magnetic poles.

There, they collide with atoms and molecules in the atmosphere which causes the extraordinary glow we see from the surface. It should be noted that auroras have been observed on many planets in the Solar System, from Venus to Neptune.

Scientists recently recorded a peak of solar activity and one of the largest geomagnetic storms over the past few years. Although the period of the next “solar maximum” is expected around 2025/26, the Sun has recently had several powerful outbreaks.

The powerful geomagnetic storm was caused by the arrival of solar matter ejected during an M1.7 class outbreak that occurred in the early morning of November 2. It was unusual since experts predicted minor magnetospheric disturbances. Yet, scientists recorded one of the largest magnetic storms in the past four years.

On the evening of November 3, the geomagnetic activity index sharply increased to level 7 (with a maximum of 9), which corresponds to the third level magnetic storm (G3). Instruments recorded an increase in the speed of the solar wind to more than 800 kilometers per second and an increase in the density of interplanetary plasma by almost 100 times.

More importantly, the storm provoked one of the largest auroras this year, and astronauts aboard the International Space Station snapped some incredible images of the event.

Astronaut Thomas Pesquet published an image of the auroras from space

As the astronauts aboard the International Space Station were preparing for their return journey to Earth, they were treated with an incredible sight – the most extraordinary auroras of their entire 6-month mission.

ESA’s astronaut Thomas Pesquet published the following image on his Twitter page. He described spikes higher than the orbit of the ISS as he and his crewmates were flying right above the center of the auroras. He has been publishing images of auroras quite often since his arrival at the station in April.

Last night, SpaceX’s Crew Dragon capsule landed safely in the Gulf of Mexico marking the end of the second long-term expedition to the ISS. Everything went according to plan during today’s return, with only one of the four parachutes deploying a few seconds later than the other three.

It remains to be seen whether NASA will request an additional investigation that could possibly delay the launch of the third long-term crew, but SpaceX said it was normal behavior that was observed during the tests. Eventually, all four parachutes opened successfully and the capsule landed without any problems. 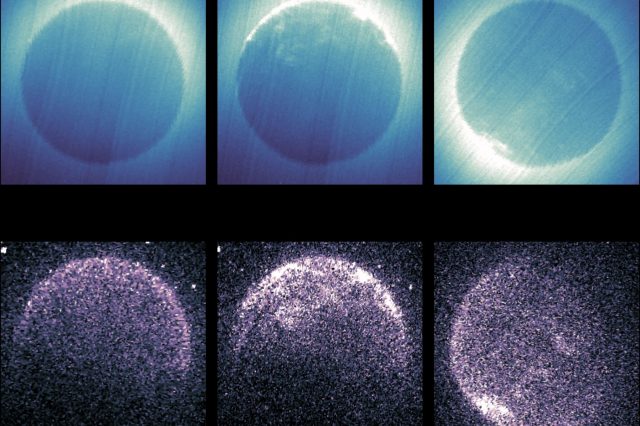 Scientists Discover a Stunning New Kind of Aurora on Mars