Another incredible sky map has been released, this time showing 25,000 supermassive black holes.

An international group of astronomers has published a sky map showing over 25,000 supermassive black holes. It is the most detailed low-frequency map to date.

At first glance, the sky shown on the map may appear strewn with stars. But do not rush to conclusions, because in fact, the luminous objects in the image are supermassive black holes. And their luminescence is radio emission from the matter rejected by the holes.

The compactness of the space map should not be misleading: the distances between objects on it reach millions of light-years. This is because all the depicted black holes are located in different galaxies far from each other. This, of course, does not mean that these are all the black holes in this direction.

The map itself became for scientists the result of many years of hard work with extremely complex astronomical data. To bring the project to life, researchers had to invent new methods of converting radio signals into a visual image of space. Scientists used supercomputers, whose algorithms automatically correct the distortion caused by the ionosphere every 4 seconds. This distortion is behind the main problems of locating celestial objects.

The resulting map is a combination of 256 hours of observations of the Northern Celestial Hemisphere. The observations were carried out using 52 stations included in the LOFAR installation, a radio interferometer that allows astronomical observations at low frequencies.

The new cosmic sky map covers 4% of the Northern Hemisphere. It allows not only to see the location of black holes but to better understand the large-scale structure of the universe. In the future, astronomers plan to continue their work until they map the entire Northern sky.

Capturing black holes in the radio range is no easy task but with the help of the advanced LOFAR antennas, scientists can continue their observations and work. The size of the map literally reminds us how immense the universe is. There are more than 25,000 supermassive black holes in only 4% of the northern sky and these likely are not even all existing ones, just the ones visible to the current state of our technology.

This is a project that will likely never be completed, even if they map the whole sky. As technology progresses, astronomers will see more and more supermassive black holes and the map will have to be updated. Of course, experts will not have to worry about this for a long time. After all, it took years to analyze the data for this small part of the night sky. It is a massive success but completing the map will undoubtedly take many more years. 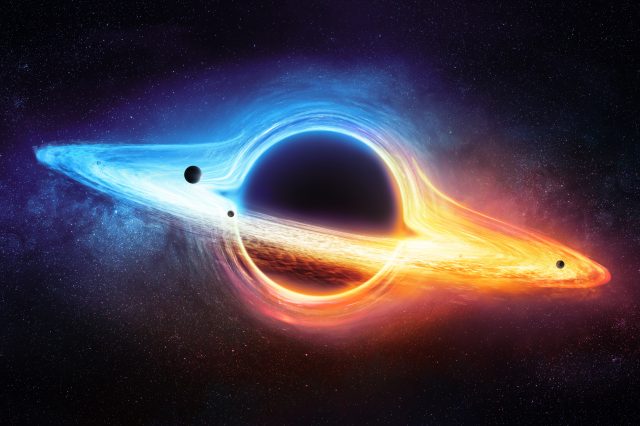