Astronomers from the University of Chile discover a new type of planet. One Year on that planet lasts no more than 19 hours.

A team of astronomers from the Casa de Bello led a study that found an exoplanet dubbed LTT 9779 b. This strange alien world is located within the so-called Neptunian Desert; It orbits so close to its star that its “year” lasts 19 hours and its temperature rises above 1,700 degrees Celsius. Nonetheless, the exoplanet is capable of maintaining its atmosphere. The exoplanet has been described as an “ultrahot” Neptune.

This discovery will be an important precedent for future studies of the planetary atmosphere, being able to reveal some of the related mysteries about how these planets form, how they evolve, and the details that constitute it.

The discovery was made possible after scientists collected data from the Transiting Exoplanet Survey Satellite or TESS.

TESS is an all-sky survey mission that will discover thousands of exoplanets around nearby bright stars.

“There is talk of an unlikely discovery because the exoplanet was discovered in a region called ‘the Neptune Desert’, where there are almost no planets. This region is characteristic because its planets have orbital periods of less than four days, and with similar masses and sizes as Neptune “, explained James Jenkins from the Department of Astronomy, School of Physical Sciences and Mathematics.

Jenkins added that “this allows the study of its atmosphere (…). The exoplanet, dubbed LTT 9779 b, still has an atmosphere despite its closeness to the star it orbits. It is very difficult to explain why this planet did not become no more than a rocky core. I don’t think we can find many more examples like this orbiting other such bright stars.”

The system to which LTT 9779 b belongs is about half the age of our Sun, that is, about 2 billion years. The intense radiation from the star should not allow an atmosphere similar to that of Neptune to exist and remain for so long.

For Jenkins, this discovery is relevant for future research as “it will allow us to understand much more about the chemistry and physical processes of the atmospheres of planets with characteristics similar to Neptune; the exo-Neptunes.”

This will allow astronomers to learn much more about the processes of formation and evolution of planets in general; it is a very special planet.

LT 9779 b was discovered by TESS, which alternately observes 26 sectors in the sky over the course of 2 years.

LT 9779 b, described as “a rare beast” within the exoplanet universe, was identified in the second of 26 sectors observed throughout the sky; precursor missions like Kepler and K2 did not detect the planet, which makes this discovery even more interesting for the astronomical community.

Ten things you should know

LT 9779 b is dubbed an ultrafast Neptune because it only tasks 19 hours and a few minutes to make one orbit around its Sun, and its temperature rises above 1,700 degrees Celsius.

The exoplanet has been described as an unexpected discovery, a rare beast. The world was discovered by the Transiting Exoplanet Survey Satellite.

Although TESS spotted the planet, previous observations such as those with the Kepler Space Telescope missed the planet entirely.

LT 9779 b is located within the so-called Neptunian Desert. This a region in a solar system where no Neptune-sized exoplanets should exist. This region is heavily bombarded by extremely strong irradiation from the star, suggesting the planets–if they exist there– do not retain their gaseous atmosphere.

The planet is fascinating for various reasons; first of all, the planet only takes 19 hours to orbit its star, and the temperature on its surface is scorching hot. But in addition to that, calculations have shown that the planet should have long been stripped of its atmosphere through a process called photoevaporation. This, however, is not the case.

From everything astronomers know, the intense x-ray and ultraviolet from the planet star should have driven most of the atmospheric gasses into space. Since this is not the case, astronomers have found a unique planet, never-before observed in the universe.

LTT 9779 is a star that is half the age of our SunSun, around 2 billion years old. Given the age of the Sun, it remains a mystery as to why the planet’s atmosphere has not been devoured already.

LTB 9779 b is a fascinating exoplanet for more reasons than one. According to Dr. George King of the University of Warwick Department of Physics, there wasn’t enough X-Ray heating for the exoworld to have started our as a much more massive gas giant, and photoevaporation should have caused the planet to either become a bare rock or a gas giant. Since this didn’t happen and the planet’s atmosphere is still in place, there’s something entirely new and unusual that astronomers are yet to discover.

One explanation is that LTT 9779 b arrived at its current position very late, so there hasn’t been enough time for its star to strip off its atmosphere. That, however, is just one theory. 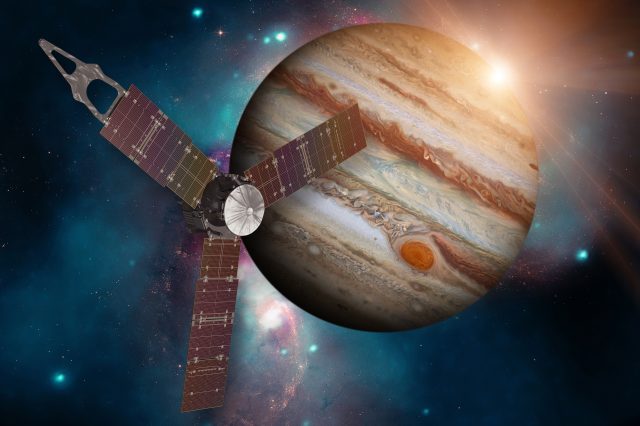