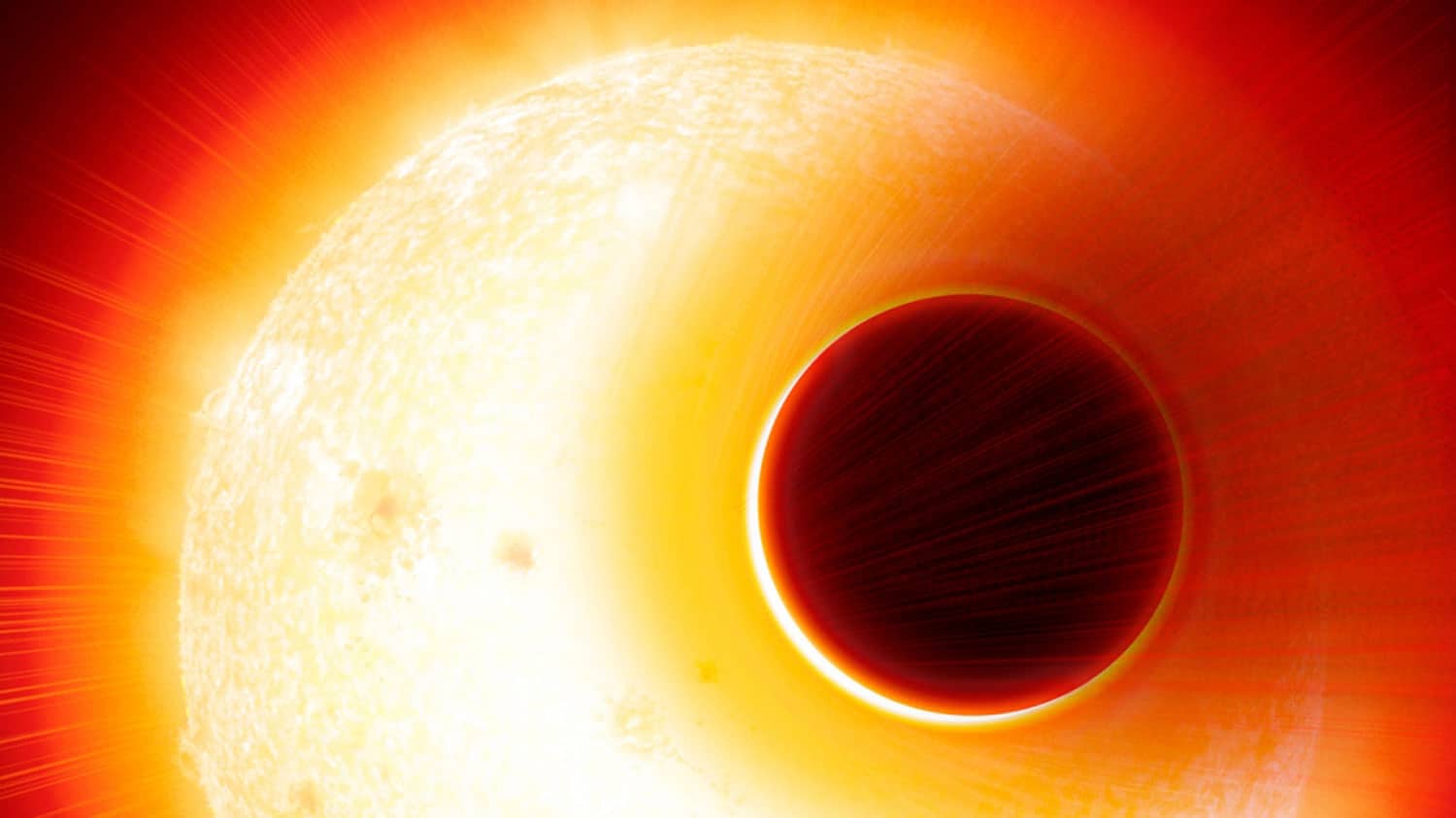 For the first time, astronomers detected signs of the presence of a magnetic field on a distant planet outside the Solar System. Earth's magnetic field protects the planet from the influence of the Sun and researchers assume that it might have the same effect in exoplanets.

Importance of the magnetic field

Earth’s magnetic field reflects the solar wind, without which the planet’s atmosphere would gradually be blown away, and the water disintegrated into oxygen and hydrogen. Pure hydrogen, being very light, is poorly held by the force of gravity and gradually escapes into space. Thus, without a magnetic field on Earth, water could not survive and life could not arise. But scientists have now discovered an exoplanet that possibly has a magnetic field too – for the first time.

An exoplanet with a magnetic field?

During their observations, researchers studied an exoplanet located about 123 light-years from Earth – HAT-P-11b. In size, it can be compared to Neptune. Scientists observed the planet during six transits along the disk of its parent star.

Astronomers detected magnetic field signatures for the first time – the presence of carbon ions, which are charged particles that interact with magnetic fields. Considering that our field serves as the main protection of life on the planet, the discovery of one in a distant world is a huge breakthrough in the search for life elsewhere in the universe.

The very fact of the existence of such a field indicates that life can potentially exist on the planet. On the other hand, the absence of signs of life will prove that the magnetic field is not always one of the main conditions for habitability.

Using 3D modeling based on observational data, researchers studied the interaction between the magnetic field and solar wind and the upper layers of the atmosphere. Surprisingly, it turned out that the magnetosphere was similar to Earth’s.

The only difference is that the open exoplanet is located much closer to its star than our Earth is to the Sun. Probably, it is this proximity that contributes to the appearance of “tails” on HAT-P-11b – hot stellar rays literally make the upper atmosphere of this planet boil and evaporate, which leads to the formation of “tails” of the magnetosphere.

Furthermore, scientists explored the metallicity of the exoplanet and found that it was surprisingly low. In one sentence – metallicity means the abundance of elements that are heavier than helium and hydrogen.

Comparison with planets from the Solar System

Let’s compare the planets in the Solar System with HAT-P-11b. Take Saturn and Jupiter, the biggest objects – they have low metallicities but very strong magnetic fields. On the other side, we have Neptune and Uranus – planets with weak magnetic fields but much richer in metals.

According to astronomers, despite the low mass of HAT-P-11b – 8% of Jupiter’s mass, it falls into the graph of mini-Jupiters rather than a Neptune-like planet. And that is due to the low metallicity and powerful magnetic field.

One of the main issues with HAT-P-11b is that its low metal content also contradicts the known planet formation models. Therefore, scientists intend to continue their studies and possibly take another look at the existing theories on exoplanet formation. Objects like this remind us that there are far too many things we do not know about the universe.