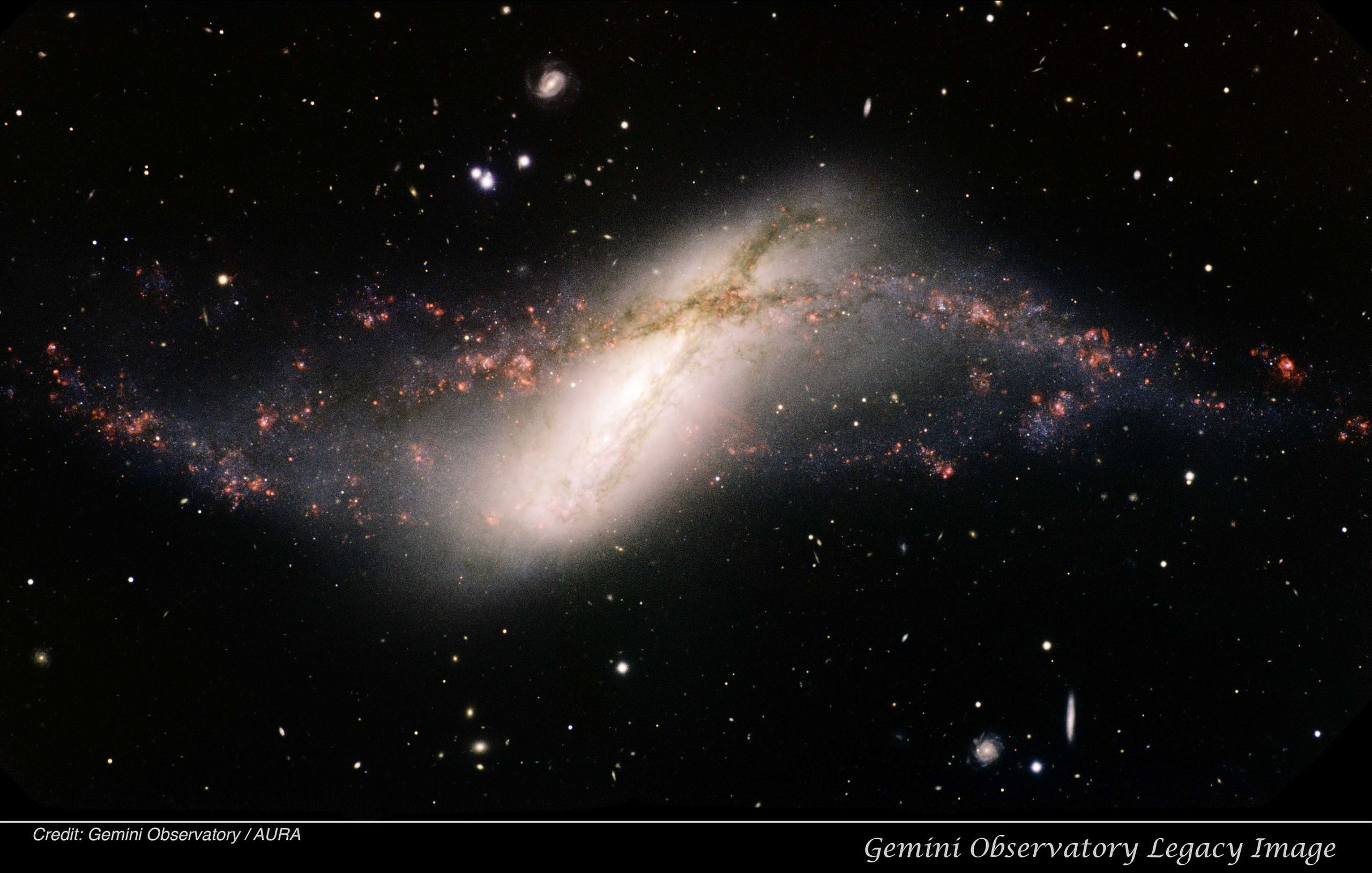 There have been more than 400 PRG candidates discovered to date, but only dozens have been spectroscopically confirmed as actual polar ring galaxies.

The Subaru Telescope has been used by Japanese astronomers as part of a global strategic program called the Hyper Suprime-Cam Subaru Strategic Program (HSC-SSP) to detect a new polar ring galaxy.

Polar-ring galaxies have an outer ring of gas and stars that rotate over their poles. Apparently, polar rings form due to gravitational interactions between galaxies. Polar-ring galaxies may be formed by tidal stripping of material from passing galaxies. It is also possible that a smaller galaxy collides orthogonally with the plane of rotation of the larger galaxy, which results in the formation of the polar ring. The polar ring galaxy is a rare type of galaxy with a major population of stars and gas orbiting in rings strongly tilted away from the galactic disk’s plane.

In spite of the large number of PRG candidates discovered to date, astronomers have confirmed only dozens as real galaxies through follow-up spectroscopy.

A team of Japanese astronomers led by Minoru Nishimura has conducted a detailed study using the data from HSC-SSP on a sample of known PRGs in order to expand the short list of confirmed PRGs. As a result, they identified a new PRG candidate, SDSS J095351.58+012036.1.

As part of the Sloan Digital Sky Survey (SDSS), J0953 was first spotted in 2000 as a galaxy. Despite its photometric redshift of approximately 0.2, there have been no spectroscopic observations of J0953 so far, so no spectroscopic redshift has been determined for this object.

In J0953, the polar rings appear almost perpendicular to its host galaxy’s disk and appear to be free from disturbance. Their findings indicate that the polar structure is blue and probably younger than the galaxy in which it is located.

Sérsic index 2.94 was also determined for the host galaxy, which indicates an elliptical rather than exponential structure. There is also a possibility that the host galaxy is a disk galaxy, the researchers said.

According to the authors, more spectroscopic observations will be necessary to confirm the PRG nature of J0953 in the future. It is particularly important to investigate the kinematics of the host galaxy and the polar structure in more detail, experts concluded.

The discovery was detailed in a paper published on the arXiv pre-print server.