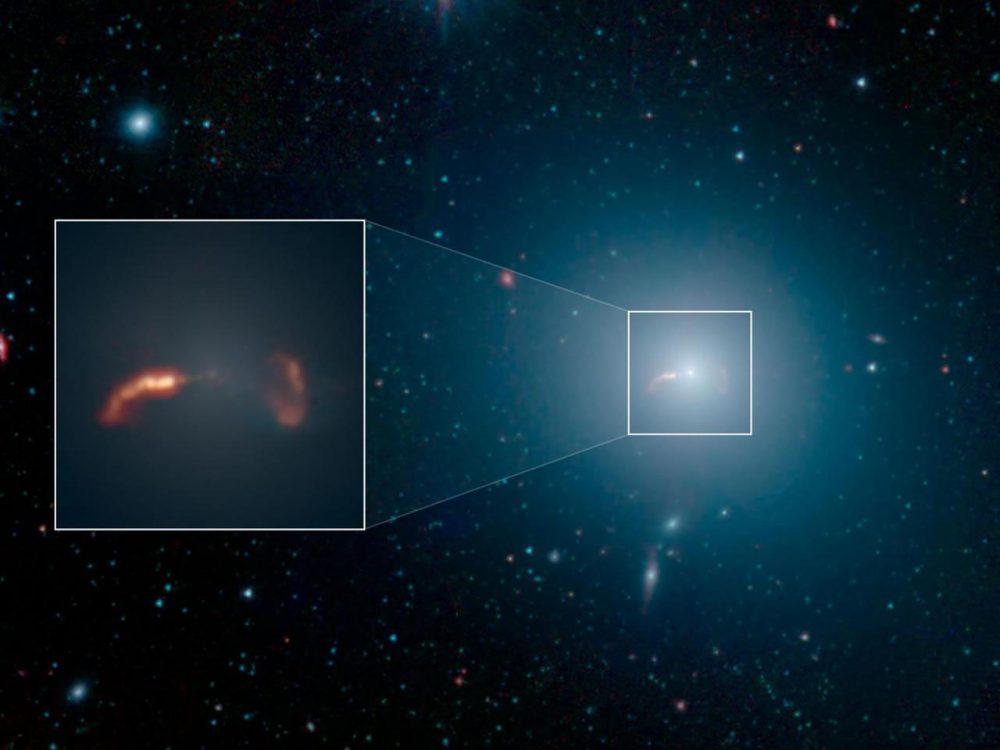 A research project has revealed the faint nucleus and structure of the particle jet in the nuclear region of the M87 Galaxy in the Virgo cluster.

Astronomers have revealed the structure of the famous jet of material deep inside the Messier 87 galaxy, the Virgo Cluster’s brightest.

The stunning M87 structure was revealed by a master’s degree research project at the University of Barcelona (UB), carried out at the Instituto de Astrofísica de Canarias (IAC) by the student Alejandra Yrupe Fresco. The project has revealed the faint nucleus and particle jet structure in the nuclear region of M87, the brightest galaxy in the Virgo Cluster.

This project was carried out in collaboration with IAC researchers Juan Antonio Fernández Ontiveros, Almudena Prieto, and José Antonio Acosta Pulido, and was made possible thanks to the unique polarimetric capabilities of the ALFOSC instrument, installed in the Nordic Optical Telescope (NOT), of the Roque de los Muchachos Observatory, in Garafía (La Palma).

In early April 2017, the observations were made almost simultaneously with the Event Horizon Telescope (EHT) campaign, which provided the first world-famous image of a black hole located in the core of M87. Designated M87*, its mass is billions of times that of the Earth’s Sun.

Massive black holes are complex environments governed by high-energy physics, where particles are accelerated along the system’s axis, resulting in the formation of prominent jets that extend beyond the limits of their host galaxies.

The polarization of light encodes valuable information about the physical conditions and the magnetic field’s configuration in the vicinity of the black hole, where this radiation was emitted.

When viewed in polarized light, the M87 core looks much weaker and less polarized than the extended jet, which reaches a remarkable degree of polarization above 20%.

This variation reflects the nuclear region’s complexity, where the jet structure is reduced to the smallest physical scales.

“By mapping the orientation angle of polarized light,” explains Alejandra Yrupe Fresco, “we can trace the helical structure of the distribution of the magnetic field along the direction of the jet. This is revealed by a characteristic pattern where the sections neighbors in the jet emit polarized light with perpendicular orientations.”

An additional result of the study is the low level of activity in the nucleus’s vicinity during the observations. HST-1 is a famous gas structure that became even brighter than the nucleus during a period of flare activity between 2005 and 2007 and was barely detected in ALFOCS images from April 2017.

This is also established in observations from NASA’s Chandra X-ray Observatory at the same time.

Messier 87 is a supergiant elliptical galaxy home to over 1 trillion stars. It is one of the most massive galaxies found in the local universe. M87 is home to a large population of globular clusters and the jet of energetic plasma that originates at the core and extends at least 1,500 parsecs (4,900 light-years), traveling at a relativistic speed.