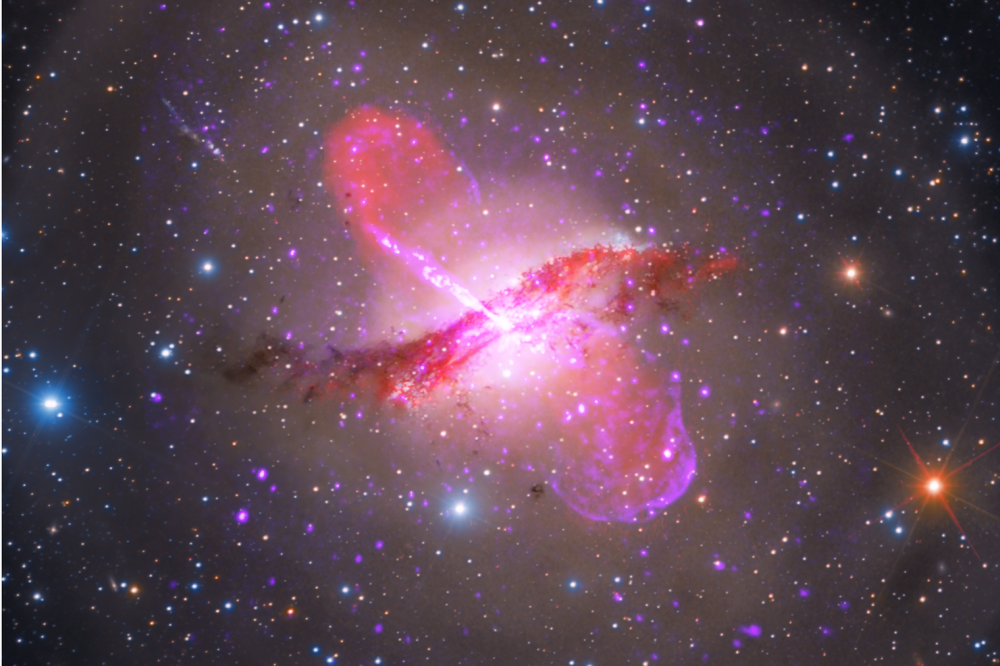 Centaurus A is one of the closest radio galaxies to Earth.

The Event Horizon Telescope has obtained the most detailed image of relativistic jets erupting from the core of the Centaurus A radio galaxy. It turned out that the structure of the jets closely resembles the jet in the active galaxy M87 on a scale of up to five hundred gravitational radii of a black hole.

Astronomers observe relativistic jets from the black hole in Centaurus A

1. The EHT ( Event Horizon Telescope ) project was launched in 2017 and is an ultra-long baseline radio interferometer composed of eight observatories around the world and operating at a wavelength of 1.3 millimeters.

2. Thanks to this instrument, scientists obtained a historical image of the shadow of a supermassive black hole in the center of the active elliptical galaxy M87, and also saw its oscillations, and measured the magnetic field near the black hole.

3. EHT is engaged in much more than the studies of the nearest vicinity of the black hole in the M87 galaxy. It also studies relativistic jets in other active galaxies.

4. For example, earlier astronomers were able to view the jet of the distant blazar 3C 279. It is expected that in the future the project will be able to obtain an image of the shadow of a supermassive black hole in the center of the Milky Way.

5. Now scientists from the EHT collaboration led by Michael Janssen of the Max Planck Society of Radio Astronomy have published images of a jet in an active giant galaxy Centaurus A, which are 16 times sharper than images from other studies. Observations were conducted on April 10, 2017.

6. Centaurus A – the nearest radio galaxy to Earth, which has an unusual shape, which, according to scientists, indicates a result of the merger of two galaxies in the past. In the center of Centaurus A, there is a supermassive black hole with a mass of 55 million solar masses, the activity of which gives rise to relativistic jets.

7. Astronomers were able to study the structure of jets up to two hundred gravitational radii of a black hole, which is equivalent to 0.6 light days.

8. One of the jets turned out to be highly collimated and has asymmetric brightness at the edges, while the second jet, directed in the other direction, looks fainter.

9. The accretion rate of matter onto a black hole was estimated at 9 × 10 −5 solar masses per year. Scientists have found that the structure of the jets closely resembles the jet in M87 on a scale of up to five hundred gravitational radii of the black hole, and also determined the position of the supermassive black hole relative to its jets – this will help in further observations.

10. Scientists have determined that the shadow of a black hole in Centaurus A will be distinguishable at an observation frequency of several terahertz. 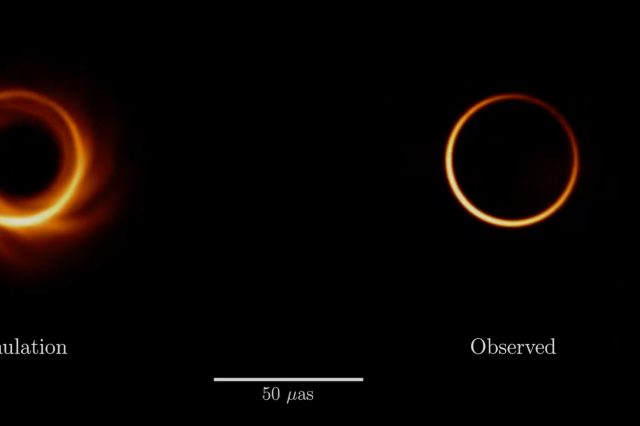