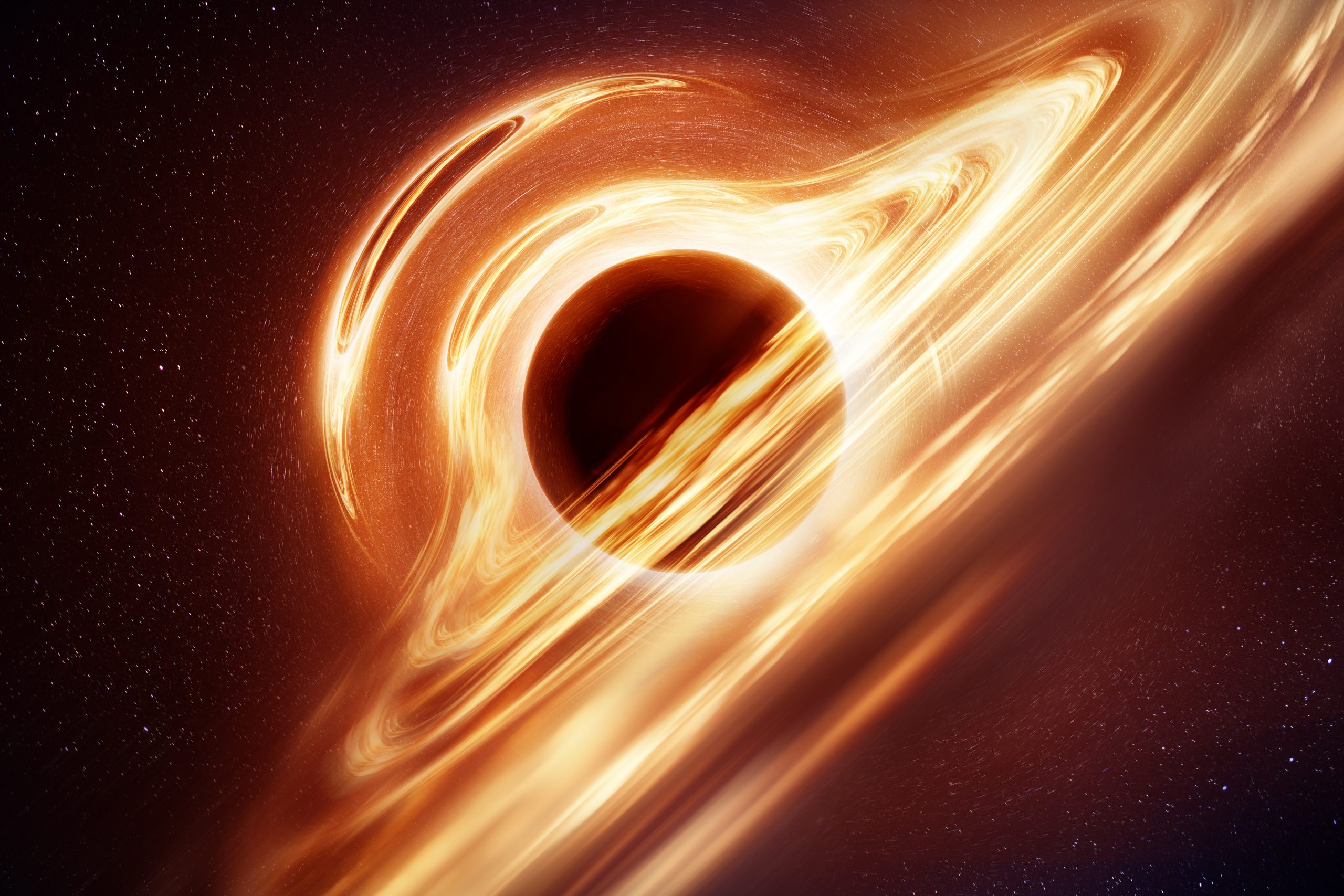 Like lonely travelers wandering across the vastness of space.

A team of astronomers from the National Astronomical Observatory of Japan has just announced a rare and disturbing discovery: a black hole the size of Jupiter wandering across the Milky Way galaxy.

Known black holes have different categories according to their dimensions.

The smallest Black Holes, only a few kilometers in diameter, are formed after the gravitational collapse of a star and are usually identified because they are usually part of double-star systems.

The largest, with masses equivalent to those of millions and even billions of suns, are thought to exist at the center of most galaxies.

And finally, there are “middleweight” Black Holes.

The dimensions of the black holes belonging to this last category are thought to be similar to a planet (one of the largest in this case) or a star’s size.

They are much rarer than those of the other two categories, and the reason is that they roam alone through space, like mysterious travelers seeking adventure.

They are not part of binary systems, and the known few wander very close to the galactic centers.

We can only see them on rare occasions when they encounter some material (a gas cloud or an unfortunate star) and begin to devour it.

And this is what astronomer Shunya Takekawa and colleagues have been able to spot: a series of undulations in a cloud of interstellar gas that suggests the presence of a black hole of intermediate-mass traversing through it.

In particular, the team of astronomers was able to observe a series of gas currents orbiting an invisible gravitational source located around 26,000 light-years from the center of the Milky Way.

Using the Atacama Large Millimeter Array (ALMA) telescope in Chile, the scientists determined the cloud’s shape, which consists of a central accumulation of gas surrounded by weaker currents.

“When I checked the ALMA data for the first time,” astrophysicist Shunya Takekawa of the NAOJ told New Scientist, “I was really excited because the observed gas showed obvious orbital motions, which strongly suggest a massive invisible object lurking.”

As noted by Takekawa, these sorts of black holes move relatively fast compared to the gas surrounding them, so they only absorb a small part of it and, therefore, produce very little light.

For the researcher, this particular black hole will probably take about 10,000 years to consume all the gas that served to reveal its position.

It is thought that the universe is home to countless similar ‘invisible monsters’ roaming around different galaxies as they please.

The problem is that they are nearly impossible to detect unless they interact with nearby matter, as is the case with this particular black hole.

The paper detailing the discovery can be found at arXiv.