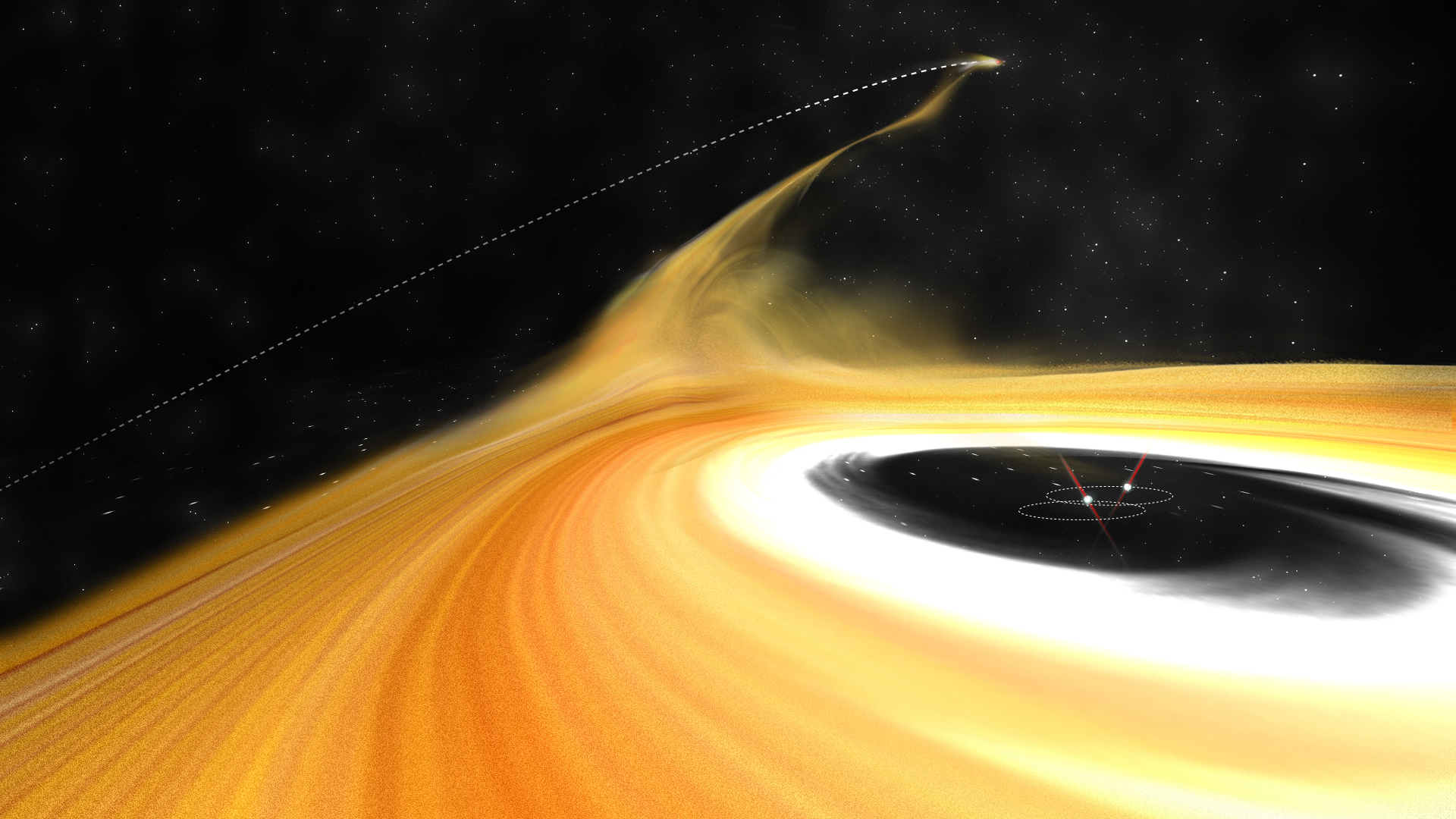 Astronomers have discovered a rare flyby event of a young star near the young binary Z Canis Majoris. This led to the formation of a long filamentary structure of gas and dust, formed due to the tidal interaction of the circumstellar disk with the object.

The results of numerical simulations of star formation processes predict that close encounters of young stellar objects occurring in clusters and multiple stellar systems can have a noticeable effect on the structure of circumstellar disks – in particular, these events bend them or create spiral arms.

Similar phenomena have been observed more than once directly, but the data obtained was inconclusive, so such events still continued to remain at the level of theoretical predictions.

A team of astronomers led by Ruobing Dong of the University of Victoria in Canada reported the case of a star passing through the young star system Z Canis Major. The discovery was made during the analysis of observations of the system using the ALMA and VLA radio telescope systems, as well as the optical telescopes of the Keck, VLT, and Subaru observatories.

Z Canis Majoris is a pre-main sequence binary system located 3,669 light-years from the Sun in the R1 Canis Major stellar association. One of the stars of the system (with a mass approximately equal to the Sun) was assigned to FUors.

The second (with a mass approximately equal to 5 solar masses) was assigned to the EXors type, which revolve around a common center of mass in a circular orbit. The system has been estimated to be a million years old and is surrounded by a large circumstellar disk extending about 1500 astronomical units. 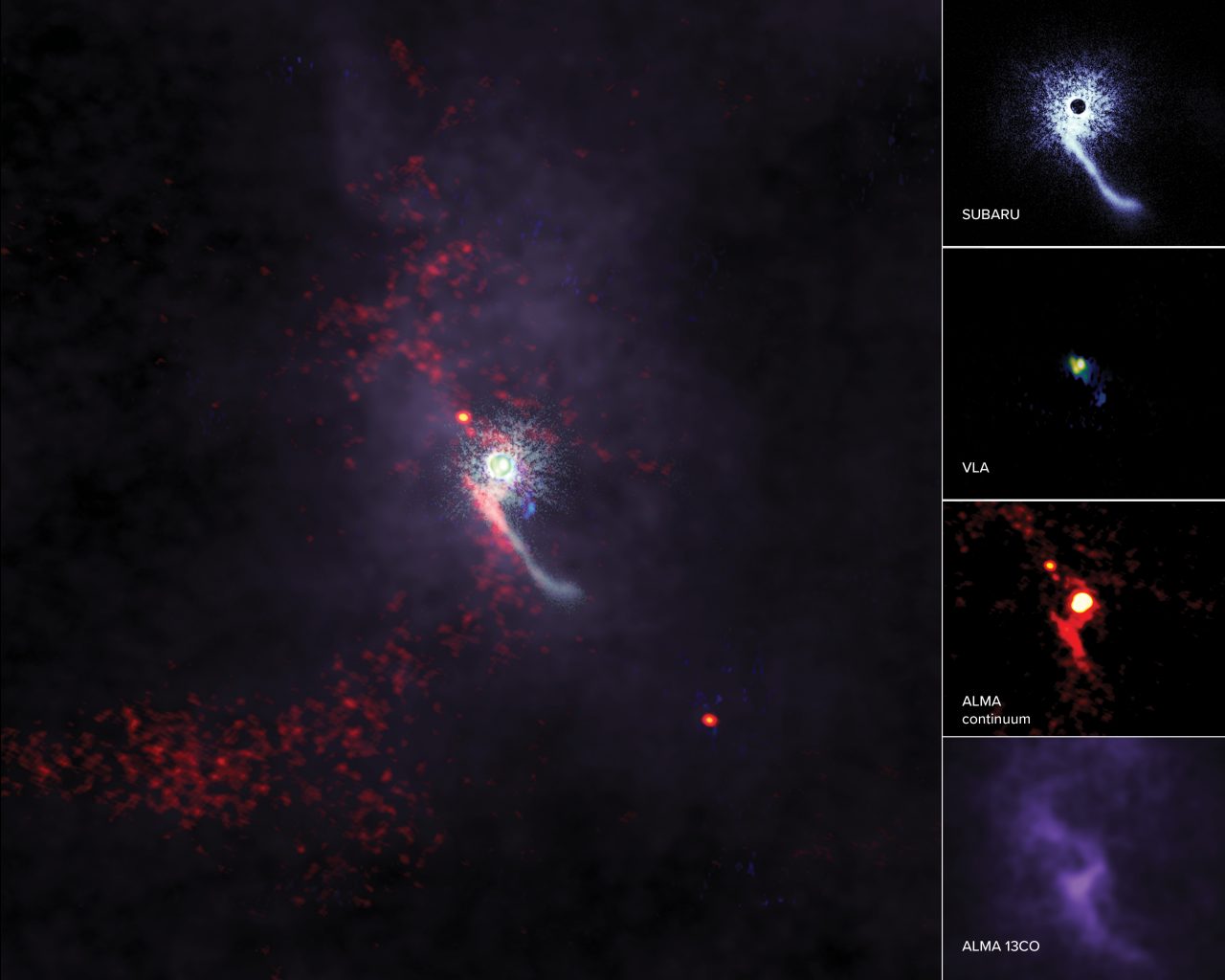 An unusual detail stands out in the system – a long (about 2 thousand astronomical units) filamentous structure (streamer) of gas and dust, the origin of which was a long-standing mystery. Various hypotheses have been put forward, such as a cavity wall created by the outflow of molecular gas from the system, a spiral arm created by gravitational instability, or a remnant of a trapped low-mass cloud.

In the new paper, the researchers proposed a different version – the streamer is the result of a tidal interaction of the circumstellar disk with a young star that recently flew near Z Canis Majoris, which is a point source of radiation at the end of the streamer, at a distance of 4700 astronomical units from the binary system. The simulation results confirmed the viability of this idea.

Scientists note that there are alternative explanations for the nature of the streamer. In particular, it can be a bow shock arising from the movement of a bunch of gas and dust that was ejected due to dynamic interactions with stars and/or other bunches, or the result of turbulent fragmentation in filamentous giant molecular clouds. However, the overflight scenario seems to be the most correct explanation.

The researchers hope to discover other systems like Z Canis Major, which will better assess the role of close encounters with other stars in the evolution of protoplanetary disks. In particular, it is interesting to test the hypothesis that such events can cause outbursts of accretion of matter onto a young star.