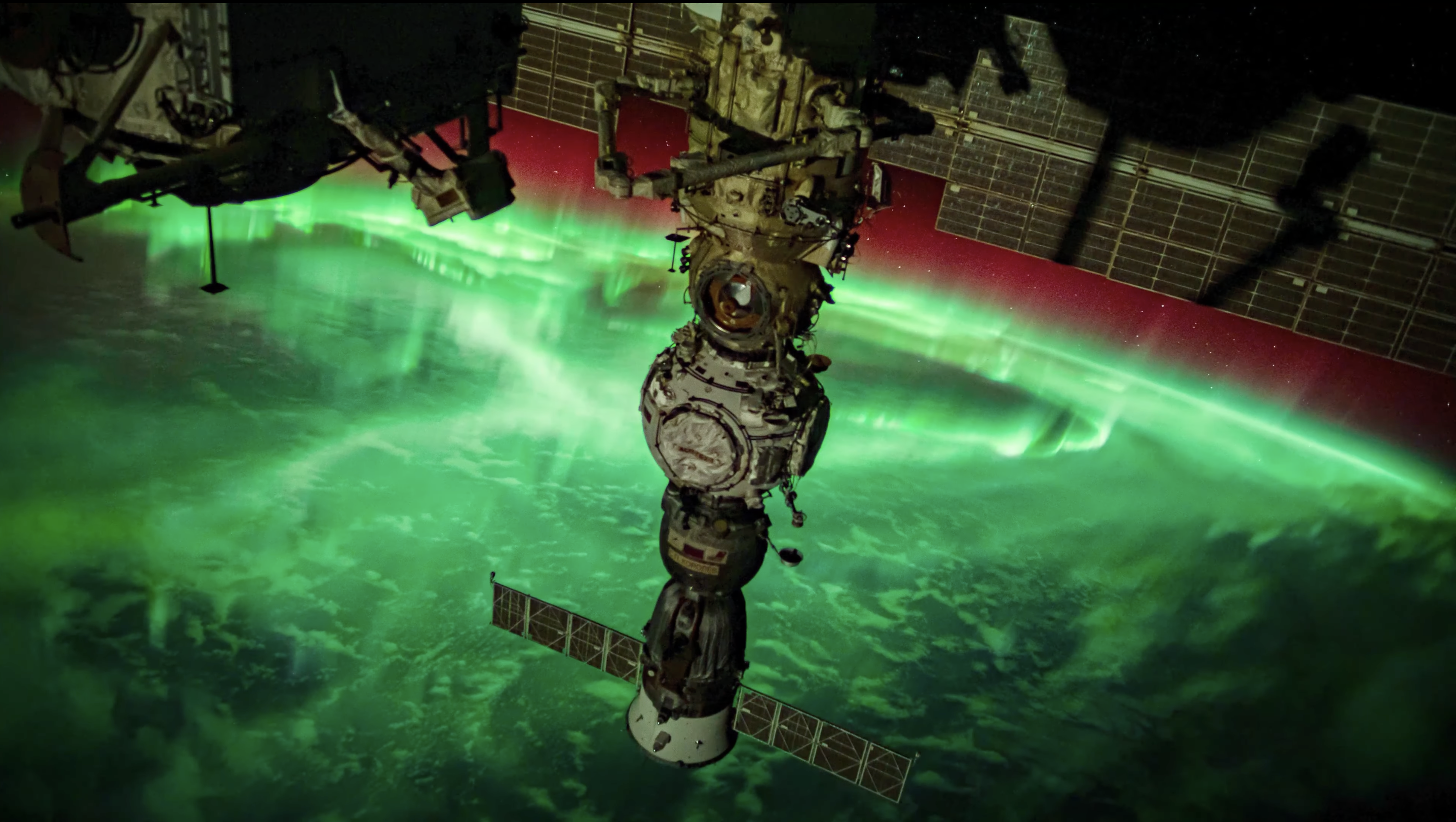 A stunning video of the Aurora Borealis filmed by astronauts aboard the International Space Station seems to show certain objects changing paths in space.

The UFO Subject has been a hotly debated one lately. And this is because almost all prejudice concerning the phenomenon seems to have disappeared. Suddenly, UFOs are no longer a conspiracy, and scientists, military personnel, and government agents can discuss the enigmatic unidentified aerial phenomenon as any other normal subject.

NASA, who years ago claimed it had no knowledge or interest in UFOs, recently opened up a dedicated research group that will study UFOs with all tools at their disposal. The team will be led by actual scientists, a group of astrophysicists who likely would have laughed at the idea only a few years ago.

But as I continue emphasizing, things have drastically changed in the UFO world.

I have covered the UFO topic for years, and remember back in 2017 when we discovered a peculiar object traveling through our solar system. ‘Oumuamua was the first interstellar visitor we had encountered, and it was one of the strangest objects we had ever encountered in space.

Renowned Harvard astronomer Avi Loeb was one scientist who took great interest in the object, and he even published a book about the enigmatic object in which he gave pretty good reasons as to why ‘Oumuamua may have been extraterrestrial technology.

Perhaps the greatest thing about UFOs is what the US Congress recently revealed.

UFO sightings have prompted legislators to change UFO definitions in several striking ways. As I explained in a previous article, one of the key conclusions is that some UFOs may not have been created by humans and are, therefore, extraterrestrial in origin.

The Pentagon has a great interest in UFOs as well. Not long ago, the Pentagon rebranded its UFO office, including in its study goals so-called transmedium UFOs.

All of the above leads us to conclude that the has been a major shift in how government, scientists, and the military perceive UFOs. Obviously, there are unidentified flying objects in our airspace, and we are unable to figure out what they are or where they come from.

Some of these objects display technological capabilities that are unlike anything humankind has produced. Therefore, to understand what these objects are, a rigorous scientific method must be used when studying UFOs.

And what better tool than a massive space laboratory with dozens of cameras and a trained crew orbiting our planet hundreds of kilometers above the ground?

And I wonder if some of these astronauts have seen this they cannot explain. The answer is obviously yes since we know that astronauts snap an image of the Earth from time to time and find something unexpected when taking a closer look.

Recently, I watched stunning footage filmed aboard the International Space Station of the beautiful Aurora Borealis.

The video, which lasts for a little over ten minutes, shows astronauts’ mind-boggling view of the planet.

And while I thoroughly enjoyed the incredible, soothing footage of our planet, I couldn’t help to notice objects moving in the background.

While I assume that some of the dots of light that move could have a natural explanation, like satellites, meteorites, or whatnot, some of these objects even cross paths, as can be seen at around 3 minutes 11 seconds in the video.

One of these objects appears to dive into the atmosphere of our planet, while another one travels horizontally just above the beautiful aurora borealis. Another object crosses paths and seems to travel off into space.

Some of the objects seem to even increase in brightness until, eventually, they fade out of the frame.

During the video, several other interesting objects can be seen in the distance, and some even fade away after briefly popping up in the video.

While obviously, this is far from proof of little green men visiting Earth to view the stunning Aurora Borealis display, it certainly is interesting how footage from the International Space Station could help investigators in their quest to understand what UFOs are and where they come from.

Here is the footage.

Remember, folks, the truth is out there.