A global network of telescopes has been working to capture the first-ever image of a black hole. On April 10 at 9 a.m. EDT, the National Science Foundation will hold a press conference to announce a groundbreaking result.

“While black holes don’t have light, so we don’t expect to see a black hole directly, we will see the silhouette of the black disk,” revealed experts.

In just a few hours, the world could see the very first image of the event horizon fo a black hole, in a historical scientific feat.

All images of black holes we’ve been looking at until now have been the product of an artist rendering.

So technically speaking, we don’t really know what a black hole looks like, we could only guess.

“It’s the first time that we’ve had the resolution to look close enough to try to capture a picture of an actual black hole,” explained Professor Tamara Davis, an astrophysicist from the University of Queensland.

The device used to snap a direct image of a black hole is the Event Horizon Telescope (EHT); which is actually a combination of several radio telescopes across the globe, which have been combined as one, obtaining an unprecedented observational power.

“We’ve made a dish the size of the planet,” said deputy director of the James Clerk Maxwell Telescope in Hawaii, Jessica Dempsey.

What scientists did is combine as many as nine separate satellite dishes, from Antarctica to Europe, and created a massive, virtual telescope 9,000 kilometers in diameter. The EHT project has been exploring two supermassive black holes — one located at the heart of our Milky Way galaxy, and the one at the core of the M87 galaxy.

And we know that the EHT has made history because scientists have called a massive press conference, or better said seven press conferences, on four different continents, in five languages.

And while we still have no clue what exactly will be revealed, we know that scientists are expected to present the world with “a groundbreaking result”.

In other words, we expect a truly groundbreaking, historical announcement.

For those of you who want to watch the live press conference, you can do so by clicking here, or just taking a seat and enjoying our coverage of the event through the video below, brought to you by the NSF. 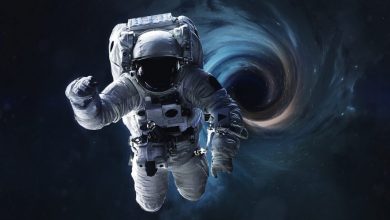 Astronomers Reveal Structure in M87, the Brightest Galaxy in the Virgo Cluster

Planets Can Form Around Black Holes And They Are Called Blanets